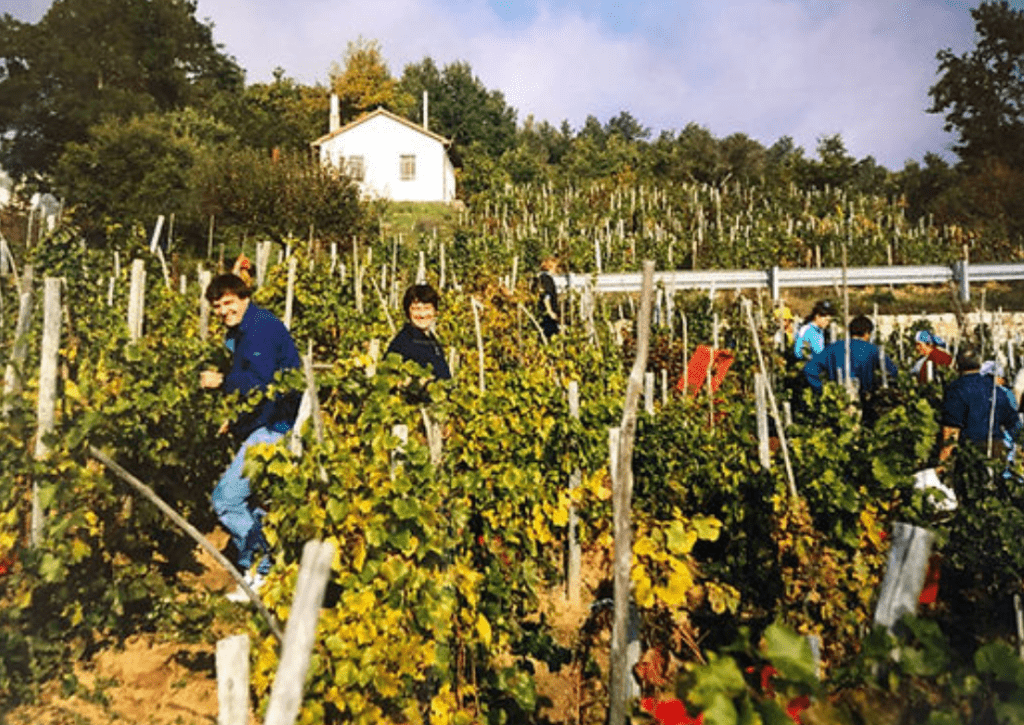 From vineyards to cultivation rooms: BadaBloom on keeping it in the family

When Michael Marinaro bet his life savings on the small Massachusetts brand BadaBloom Cannabis, he wasn’t dreaming of a future payday. After years working as a cultivator for various MSOs, he could see the cost of treating cannabis like a goldmine. “Most consumers have no idea what corporate cannabis is doing to the plant,” he says. Marinaro has breathed in the contaminated air of hastily built industrial facilities and watched in horror as they fried fresh flower in radiation machines to kill off microbes, until it was so dry it would crumble in his hands. “We’re growing a plant,” says Marinaro. “It’s not Walmart.” With his conscience as his guide, he applied for a social equity license, drew up a business model, and started BadaBloom to show ‘em how it’s done.

Marinaro comes from a family of Italian vintners, so it’s unsurprising that he likens his trademark TantAttenta cultivation method to winemaking. “The resin glands that contain all the medical benefits are like grapes, and the rosin we make is like wine,” he says. “It’s a very delicate process.” Marinaro’s cannabis plants are as cared for as the family vineyard; no trace of harmful chemicals or solvents can be found at his facility. “Our process is completely organic, and the only solvent we use is water.”

For Marinaro, the key to a good vintage is putting care and thought into every part of the process, starting with the facility itself. “We started with a brand new building, and each grow room has a unit where the lighting, heating, cooling, and dehumidification all work together in a closed loop,” he says as he patiently explains technology that is so state-of-the-art it sounds like science fiction. Though the system sounds like a serious investment, the upfront costs will pay for themselves out of the drastically reduced power bills.

The specialized technology puts Marinaro in control of fine-tuning the cultivation process. “With full spectrum LEDs, we can customize the settings according to whatever is the optimal health for the plant.” In his mind, living plants need dynamic light to thrive, and the ability to change the color spectrum day to day allows him to mimic the shifting patterns of sunlight. “Sometimes the sun goes behind a cloud, and at sunset it gets deep red,” he says. “You can manipulate genetics through the light spectrum.”

With the facility built and the arduous paperwork wrapping up, consumers will soon have access to BadaBloom via delivery, one of the license categories reserved exclusively for social equity licensees.

Marinaro earned his right to a social equity license when he was arrested for cannabis as a young man, much to the dismay of his parents. Coming from a family of Italian immigrants, Marinaro’s penchant for the plant was initially misunderstood. “My father came over from Italy when he was 16, and my family was very against what they thought was a drug.” But for him cannabis consumption was never an act of teenage rebellion. “The first time I tried cannabis I didn’t know what the medicine was, but I knew whatever was in here could be truly healing,” he says. Years later, his instincts were vindicated when his father religiously used Marinaro’s organic cannabis oil while undergoing cancer treatments.

Though technically Badabloom is operating under an adult-use license, medicine has always been the mission. Watching his community get ravaged by the opioid epidemic drove home the need for less addictive medication.

“I can’t even count the amount of people that I’ve lost to opioids—and I’m only 34,” he says. It frustrates him that cannabis can be more stigmatized than addictive painkillers. “People think cannabis is truly bad, but it’s just propaganda.” Marinaro felt the full impact of that propaganda while navigating the labyrinthine municipal process to get licensing approval. “I’ve been to so many town meetings,” he sighs, remembering one in Newton, Mass, where protestors showed carrying angry signs. “The opposition was there for weeks and weeks, months and months—you wouldn’t believe the propaganda in that room.”

The ongoing stigma against cannabis is one of his many concerns with what he sees as the harmful cultivating practices of many MSOs. Marinaro fears that the hazards of poorly ventilated rooms and carelessly processed cannabis will lead to serious health problems down the line for workers and consumers alike, ultimately proving cannabis naysayers right. “I want people to know it’s not the plant itself, it’s the way it’s processed. Right now 80% of cannabis in MA smells like a wet, moldy sock.” In his view, ignorance is a major underlying problem in corporate cannabis. “I once had a CEO ask me in a meeting what THC is—and she’s a doctor,” he says, flabbergasted to this day. “How are you a CEO if you don’t even understand the product?”

Seeing plants abused in the cultivation rooms gave Marinaro the drive to make it through the Kafkaesque social equity licensing process, as much as it stretched his already limited finances. “I’ve never owned a house, and I drive an old Chevy pickup,” he says. “I had to put it all in to get to that next level.” For those without access to substantial capital, finding investors is always a serious struggle, especially since the combination of his social equity license and financial vulnerability made him a target for companies looking to take advantage of social equity candidates.

He was only able to avoid these pitfalls thanks to a family who had his back, Italian style. “The people that got us up and running are close relatives— they’re the ones that believed in us,” says Marinaro, who laughingly tells me that his project manager is his Cousin Vinny. “It’s bringing our family together.” Just like their family vineyard in Italy, the cannabis facility is poised to become a source of generational wealth they can all be proud of.

Having just been granted state provisional cultivation and product manufacturing licenses, BadaBloom is finally ready to take off. Specialty rosins made from their signature strain, BadaBloom! Impact and their premium strain, Potenza Reserva, will be available for delivery.

Ultimately, Marinaro knows that the quality of the product will be evident to consumers, whose trust he is actively trying to build. “It’s a transparent business—we want the consumer to understand the product,” he says. He goes so far as to put his cell phone number on the website so that customers can come to him personally with any questions. Whether or not the profits ever roll in like a modern-day gold rush, Marinaro will be content knowing he has brought integrity to the process and medicine to people. “At the very least we know we can sleep well at night,” he says.