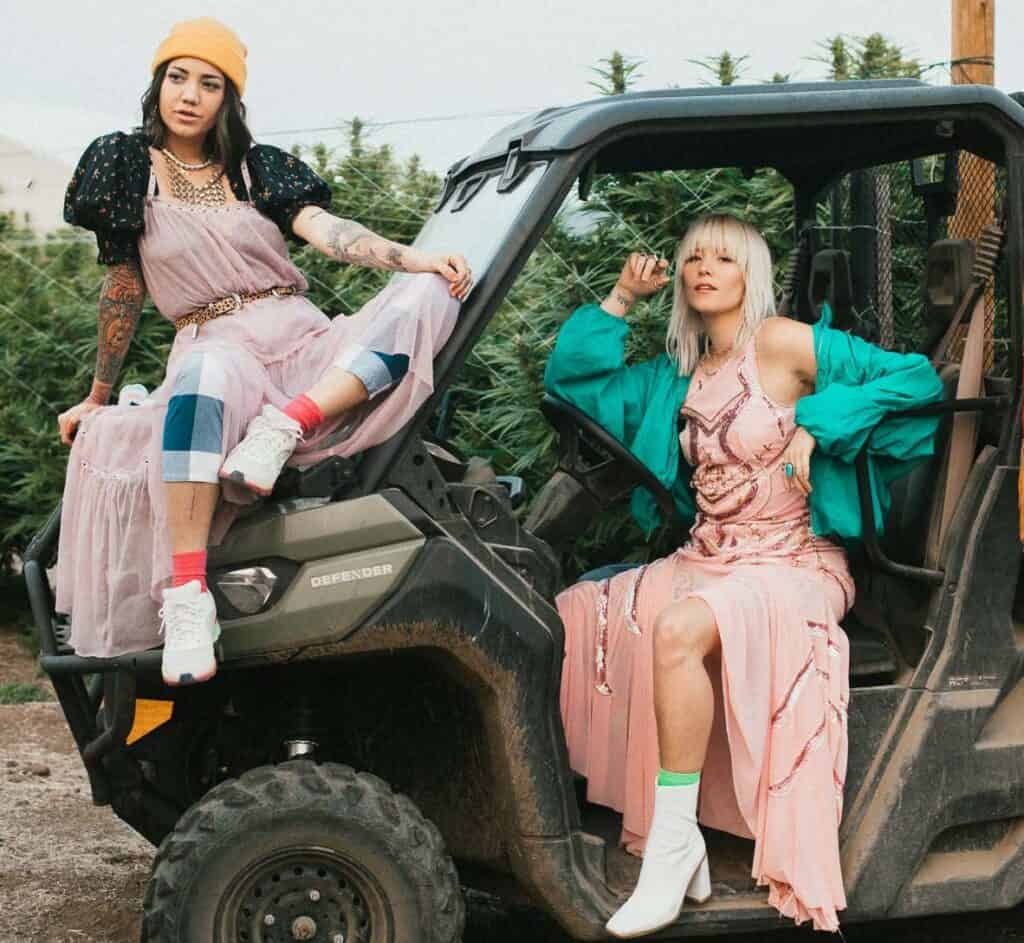 Ganja Grrrls: Ladies of Paradise and their femme-forward allies are energizing the industry

Ladies of Paradise had a vision and it wasn’t just a pipe dream. A new breed of women empowering other women — call them ganja grrls — is trending throughout the cannabis industry, as we recently reported. And how could it be otherwise? Though men traditionally ruled the roost in the bad old days of stealth illegal growing, the market has always been femme-centric: if it weren’t for all those potent mama kind buds, there wouldn’t be a cannabis industry. So it makes sense that women are stepping into their rightful role in the vanguard.

Based in Portland, Oregon, Ladies of Paradise first staked their claim in 2015 and became a full-fledged brand in 2017. Co-founded by CEO Jade Daniels and Creative Director Harlee Case, the company grew into an all-female powerhouse that makes its own line of delectable Lady Jay products, offers a complete set of branding, packaging, and photography services to other female-run companies, and amps its marketing with deliciously delirious cannabis consumption events. “We came, we saw, we wore pink … and ate edibles,” the ladies gleefully reported about the wildly successful launch party for the @majikedibles x @smokeladyjays cookie collab, where celebrants danced to pumped-up DJs while nibbling on a queen’s bounty of munchies.

I caught up with Jade and Harlee via Zoom in early August, when they were plotting their latest move toward cannabis domination: selling Lady Jay products to other states that now have legal medical marijuana, beginning with Oklahoma. Both women are born storytellers and agile improvisers who know how to turn marijuana-induced creative insights into savvy business maneuvers. The best part? In the process, they manage to have a lot of fun while doing some good things for the planet and the community around them.

[The following conversation has been lightly edited for length and clarity.]

MJBI: What drew you to cannabis? Did you grow up with stoner parents?

Jade: My mom was a big hippie back in the day, and a big Stones fan. I’m actually named after Jade Jagger, Mick Jagger’s daughter. I’ve been smoking weed since high school. My mom was always OK with it, she would roll joints for me and my friends. [laughs]

We were smoking weed in Texas and it wasn’t legal there. Then, in 2015, my boyfriend at the time got an opportunity to help open legal cannabis dispensaries in Oregon. So we dove right in and became totally enamored with the industry. When a new industry starts, there’s so many moving pieces and so many borrowed ideas from other industries, from interior design to business development. It’s been six years now and I’m still into it, and still learning new things.

MJBI: When did you and Harlee first cross paths? And when did you first get stoned together?

Harlee [laughs]: Oh. My. God. [laughs] The first time we got high together, that was my first dab and I could barely walk. [laughs]

Jade: She was at my house, and she had to call her sister to come take her home. Pre Uber. [laughs]

Harlee: But we initially met on Instagram. Jade had just moved to town and she was looking for someone to do photo shoots with, and I had a vintage clothing shop so we started collaborating on shoots. I loved this ring Jade was wearing, and from the moment we met we connected on this very deep level. Southern Oregon has been growing cannabis outdoors for a very long time, before it was legal, so I grew up all around it. And with Jade being at the dispensary, and me working with so many business owners, we saw lots of women working in all sides of the industry, and started our blog to spotlight women who are helping to change the industry.

Jade: Right when we started the blog, we took a trip down to Humboldt, the mecca of outdoor growing, where we got invited to a women’s sleepover on this female-owned cannabis farm. They invited all these different women in the industry, who all had their different brands, and they were just so welcoming and so accepting. I think that was the aha! moment. It really opened our eyes to the power of women in the cannabis movement, and once we got home from that, we started throwing themed cannabis consumption events.

The events were all free, because charging for tickets would be against the law. So we would get all these different brands we worked with to sponsor house parties… It was a really exciting thing that nobody else was doing at the time, so we really got a lot of press from that.

MJBI: And it’s a very impressive portfolio! Where do you source your Lady J products?

Jade:  We’re all about community and connections and relationships. So we really choose carefully who we work with, and we like to stay partners. Personal relationships as well as business relationships. We’re really close to Willy Billys, a female-run company from Alaska, and Million Elephants are from Southeast Asia, which is known as the land of a million elephants. It’s a family-run farm and they would have these beautiful dinners where they’d teach us about the culture and show us how to eat rice with your hands.

MJBI: You’re also brilliant branders. As an oldtime daytripper, I was immediately drawn to the Lady Jays Day Trip line with its retro Miami Vice colors. How did that particular brand come together?

Jade: When it comes to branding anything for us, we really want to put out what we like into the world. Day Trip is about getting out there and enjoying your life and adventuring. So we took two spots in our life that are really cool places to day trip in Oregon: Trillium Lake and Haystack Reservoir. And when we go to different states, we’ll ask different people in the community about their favorite places to day trip.

For the packaging, we like to start with the vision and what we want to convey. Pink has always been really big with us, very femme forward, and teal green is what we did with Lady Jays as well. Also, everyone on our team is really into sustainability and the retro vintage clothes. So we always like to have a retro spin on things.

MJBI: How did the pandemic affect business during the shutdown, and how do you think it will affect it going forward?

Harlee: We weren’t really able to do shoots, so that was definitely a setback on the creative side. But marijuana sales went up. So we didn’t get hit on the Lady Jays side.

Jade: We always say we’re the queens of pivot. We’re not making money doing shoots right now, so we need to put all our energy into selling Lady Jays cause Lady Jays are selling right now.

MJBI: Before and during the pandemic, Portland has been such a center of activism and Black Lives Matter. How has that been affecting what you do?

Harlee: It’s been really cool to have been a part of it. I moved downtown in the middle of all the protests and people were really coming together. So many brands on the smaller side of the cannabis business, like us, were throwing events to raise money. And when people came to our parties we’d ask them are you hiring people of color? Are they part of your marketing plan? But I think it’s starting to die out a little bit.

MJBI: Well, it can’t stay at the level of intensity. It has to be directed somewhere positive. And Ladies of Paradise did that with the Conversations you hosted, where the proceeds went to the ACLU to help two men who’d been imprisoned for a couple joints. That’s direct activism.

Harlee: Yeah, it was so amazing! We had a letter writing spot where everyone was able to write letters to the prisoners. And they received letters back about how they felt so supported knowing there were people who cared that they were imprisoned unjustly. It’s really interesting to see a predominantly white city with a long history of racism being so forward and angry and active about it. People in Portland really are socially progressive, and really do want to make a difference.

MJBI: What else is on your agenda for the future?

Harlee: We are looking for like-minded people in other states to partner with to extend our brand.

Jade: We really see the value of continuing what we’re doing by launching Lady Jays in other states. We already have Oregon, and now we have a partner in Oklahoma. And if we can just replicate what we’re doing there in Arizona, in Chicago, in Massachusetts….There’s really no limit to what we could do, in terms of extending the brand, and we’re laying all the groundwork for that now. 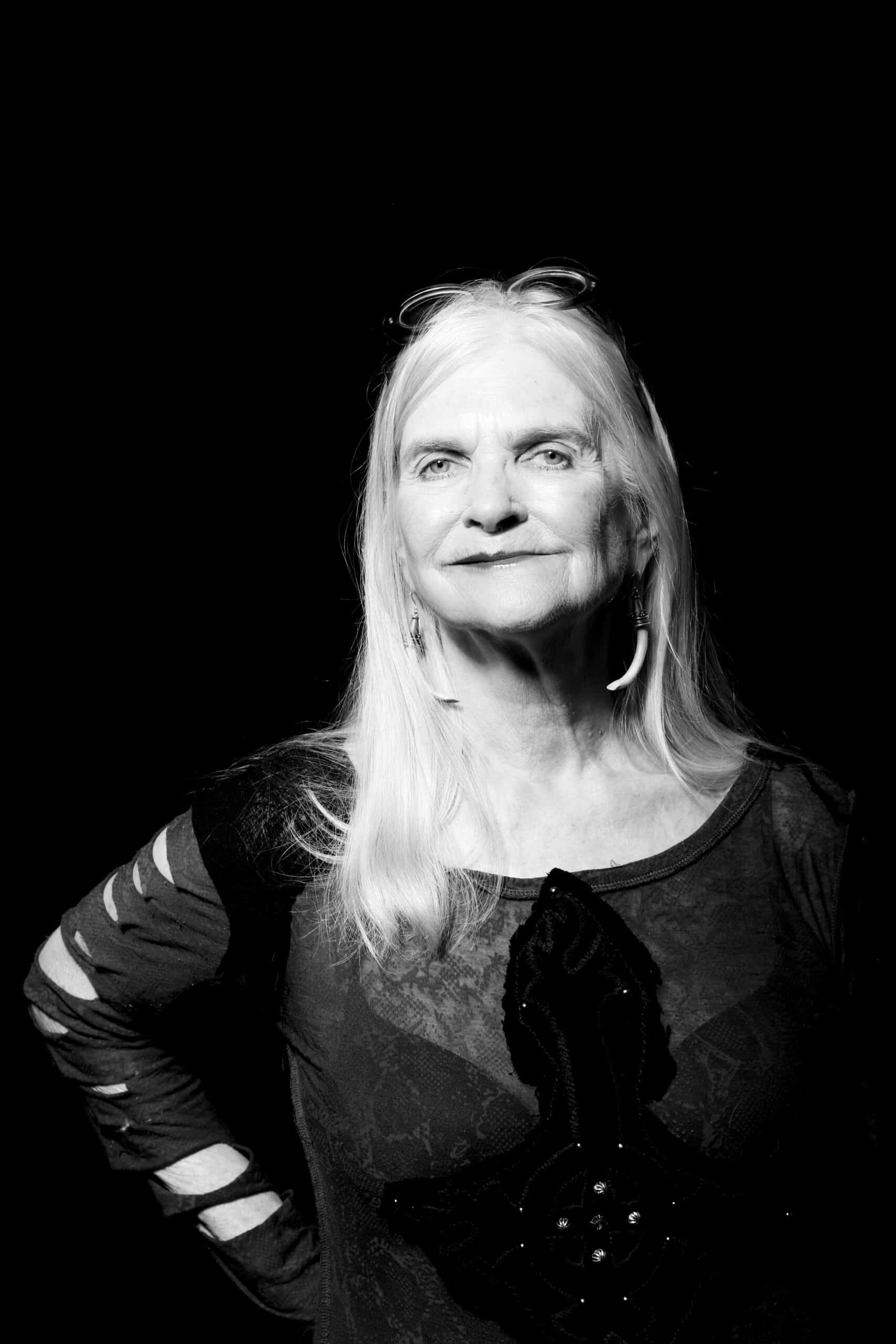 Now based in New Orleans, Louisiana, Cree McCree was a longtime contributing editor at High Times during its glory days, and currently writes about music, art, and culture for PleaseKillMe.com, DownBeat, Offbeat and other print and online media.
View Author's Posts
Related Articles