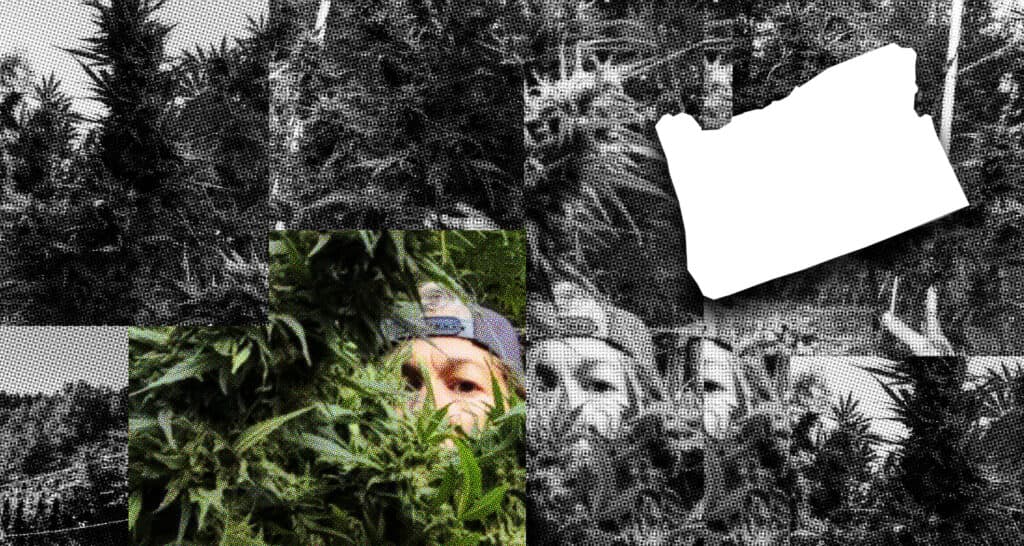 Editor’s note: In this series we honor the growers who risked their freedom to develop the cultivation techniques and nurture the culture that would create the world’s best weed.

They came out here starting in the late ‘60s. Barefoot and idealistic, men and women with braids who gardened in overalls. They made their way from the cities and suburbs out to the Oregon woods and back to the land.

Michelle was among them. In 1977, she was twenty-three and a student at the University of Oregon. But then she met a guy who was, in her words “a gonzo grower” who lived in Oregon’s Coast Range.

“Most of my friends at this time, the crew that I was hanging with, we were drawn to the bad boys,” she recalls. And access to primo weed was another draw.

“I was going to law school, but I ended up falling in love. He was an under-the-table, badass guerilla grower. And I thought that was incredibly seductive…But I had no skills for living out here. Zero skills. So I took this internship here unpaid and learned a lot of shit.” She laughs.

Her partner had been growing since ‘69. While Michelle was initially attracted to the outlaw romance of the lifestyle, she soon found she admired the sheer dedication it took to grow cannabis out of doors and under the radar.

“You know, it’s a lot of hard grunt work and I was just impressed with his work ethic, and I had a newfound respect for how people have to give of themselves, especially guerilla growers, because it’s not like you’re growing in your backyard with hoses,” she says.

The War on Drugs was ramping up, and no one wanted to get caught with cannabis on their own property. Growers went through all kinds of trouble to hide their crops from law enforcement.

“You know, we were climbing up hillsides and carving what we call patches in the middle of the dense coastal rainforest. Lots of work bringing water in, bringing in barrels to collect rainwater and then, you know, packing in goat shit and soil amendments so that we could make shit tea. It was all just so much grunt work,” she remembers. “And then the product! It was so beautiful! It was organic and it was well loved and highly respected. There were just so many layers of it that I really, really respected.”

Despite her interest and respect, being new to the game was a challenge.

“I had a very hard time learning from men. I didn’t want men teachers. I really didn’t want any man telling me what to do,” she explains. “But I was disarmed by my partner, and he taught me all kinds of shit and it was awesome, you know? But, that said, once I got my sea legs and I was able to do it myself…I don’t really need the guys. I like guys,” she says with a chuckle, “but I don’t need them for this.”

Michelle is a wiry woman with dark, twinkling eyes and long curls. At sixty-seven, she looks like she could outrun you and then probably do some burpees just for fun while you lay on the ground gasping for breath. She’s a radical activist, serves on the school board, is obsessed with comedy, and constantly rocks loud dancehall, hip-hop, and pop music as she works in a giant garden that glows with sunflowers, zinnias, roses, runner beans, eggplants, and peppers. This year, she’ll probably can enough tomatoes to last us all through the apocalypse.

Michelle has been growing cannabis every season since ‘77. She and her partner supported their family, built a house, and even funded a wooden toy business that employed people in their community, which, like most of rural Oregon, is an economically depressed area.

“You know, we had four employees, and we even got them health insurance. We tried to be really good employers. It was awesome. But, you know, I remember my partner’s dad said: Well, if you’re not growing your business, you’re dying your business. And I was like, Why? Why do we have to grow it? Why can’t we be satisfied? I do not understand this capitalist mentality of it has to be continually getting bigger in order for it to work. You know, what about sustainability? Can’t you be satisfied with some other form of success?”

As time went on, their area developed a reputation for great weed, but with that came intense surveillance from law enforcement. To hide their plants from cops in helicopters, Michelle and her partner moved their operation indoors.

“I probably did it for five years and I just was like, I hate this. I don’t like being in here. This feels like a laboratory. It doesn’t feel like I’m a farmer, and I want to be a farmer. It feeds me when I’m outside doing the thing in the sun.”

In the meantime, law enforcement began using infrared technology to detect the heat generated by indoor cultivation. Michelle made the decision to move outdoors again and use only local organic amendments.

“I really think you’re supposed to live within your little world. So I do not believe in getting coconut husks from Indonesia or peat moss from freaking Canada. I do not think that’s a good idea. I know it’s not a good idea. And those peat bogs up there are being destroyed by greedy people and privileged people who have the money to get it but don’t think about how there’s another price to pay. So I really believe–try to do it here at home. We have a lot of ways to make compost here. You make a lovely tea out of horsetail. We keep chickens, so I save the eggshells and dry them out for calcium…”

In 2015, adult-use cannabis became legal in Oregon. The law allows Oregonians to cultivate up to four plants for personal use, but cultivators who want to participate in the legal market have to jump through a lot of hoops. The draconian and cost-prohibitive regulatory structure prevented most legacy growers from making the jump.

Michelle is still an outlaw. I ask her, given her anti-authoritarian mentality, if she thinks there’s something that’s been lost with legalization.

“Well. Yes and no,” she says. “I mean, yes, it takes away a whole heap of money we used to make…There’s no money in growing weed anymore. So you do it for the love. And I still grow more than I’m supposed to–technically it’s illegal what I’m doing. So I’m still getting to thumb my nose at the powers…which I love to do.”

When asked how it feels to work 40+ years as a woman grower in an industry that’s perceived as male dominated, she laughs.

On the question of whether women bring anything special to the table as cultivators, she takes a moment to reflect.

“Well, I mean, everywhere I go, I’m a female first. So I think probably anything I do, I bring something to the table because I have a female and a feminist sensibility. But, I don’t know. I think maybe it’s inspiring for some people to see a little person like me be a firebrand in the woods, just growing shit. I don’t know. I would hope so. I hope it’s inspiring. My big push these days, of course, is organics and outdoors. And so if I can inspire people to give up the lights and the chemicals, I would love to do that. I know that ship’s done sailed and people are growing under lights and with chemicals. But I think some people will come back around to knowing that’s a dead end and that it doesn’t produce as nice a vibration from your crop. I mean, I have a lot of people who only want to smoke my weed because they say, ‘I like the way I feel on your weed.’ And, you know, I’m always happy when I hear that.”

With legalization, some of the fear of being a grower has subsided, and she now cultivates her cannabis on her own property, in among the corn. She doesn’t do it for the money anymore so at this point it’s just another plant in her garden.

“It’s such an amazing artistic pursuit, because that’s the canvas, you know, the garden. And then I have the palette of all these plants that are just glorious. And then I get to be kind of an improvisational jazz artist in the garden. You know, things are just springing up by themselves. And it’s just so damn much fun this time I spend out there…I will say when you asked me about my favorite time with the ganja, I think I have to admit that when they are coming on and making those really, really perfumey stinky smells… Man, that is some intoxication just on its own. Just walking out there and getting a whiff of fresh, beautiful dank weed, man.  That’s pretty high. Pretty cool.” 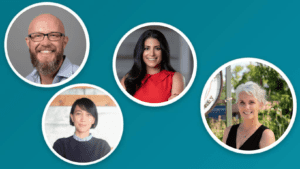 How independent retailers can compete with MSOs