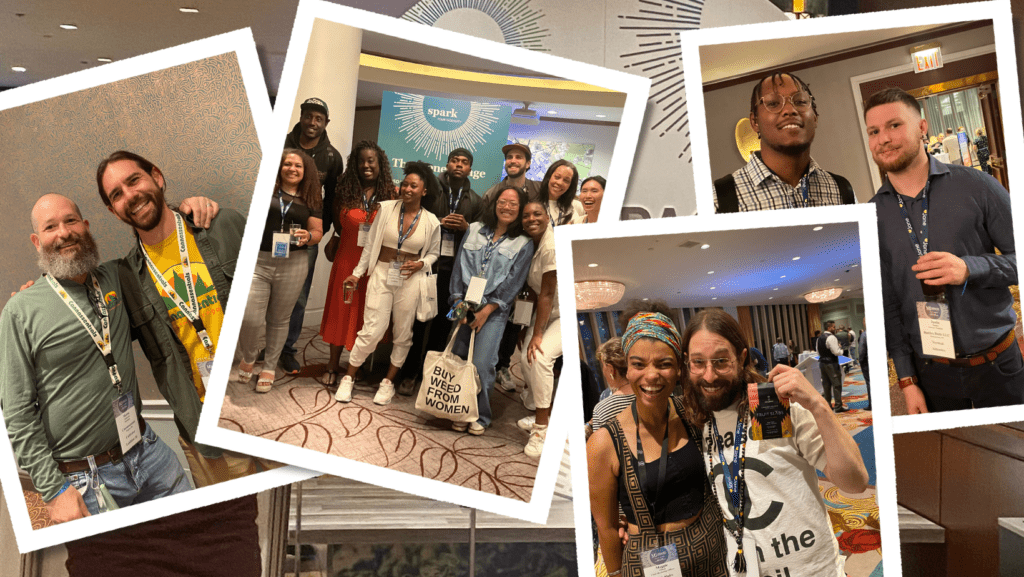 With its mid-century modern aesthetic and a touch of Art Deco chic, walking into the New York Midtown Hilton is the first indicator that MJ Unpacked is no ordinary cannabis conference. The sounds of the busy Manhattan street echo the palpable excitement of attendees streaming into the hotel, located at the heart of the international business world. in a city that’s on the brink of becoming one of the largest and most progressive cannabis markets in the world.

In the ballroom and exhibit hall, brand owners were setting up their booths and kiosks. One of our favorite aspects of MJ Unpacked is gathering intel on the issues brand owners and retailers are dealing with in different state markets. We had an illuminating conversation with the folks from Coast Cannabis Co., the first independently owned manufacturer in Massachusetts.

At 6 p.m., brand founders, retail executives, and investors gathered for a happy hour. As the wine and liquor flowed, we were almost overwhelmed by the cacophony of networking. Michael Kelley of the advisory firm Panther Group was among the minglers, gearing up for his first big event with the team he joined a few months back. He was in good spirits and eager to make his rounds on the floor connecting with brands and identifying how his firm can help with lead generation.

Buzz about striking deals and securing capital was plentiful. Kieve Huffman of Engager Brands is hyped about his upcoming pitch presentation at The Money Stage this Friday from 1-1:20 p.m. He hopes to secure enough capital to expand Engager Brands into other states, capturing music fans from across the country.

Likewise, Brandon Dorsky and Maggie Wilson of Fruit Slabs are stoked on budding partnerships–including a deal they’re close to sealing. Among the fervor they shared for the industry and conscientious alliances, they also shared a CBD version with our team. Just as we anticipated, it was delicious.

In the nearby Rotunda lounge, Our Academy was also hosting a reception. The social equity incubator works with some of the coolest and most legit brands in the US and many founders were in attendance at the party, including Tre Hobbs of Neighborhood Essentials, Morris Kelly of SF Roots, and Kimberly Dillon of Frigg. Founder Hilary Yu said, “I’m excited for our mentees to have the opportunity to meet more investors and get funding so they can build their businesses.”

A highlight of our evening was a conversation with Nadirah Chestnut, who is in early stage development of her brand, Can We Be Well. Chestnut, who comes from a healthcare background, said she was excited to watch people pitch and observe the Money Stage–she’s here to learn and gain insight for the future.

“It’s just really awesome because there’s just so much diversity involved in terms of ethnicity in the New York cannabis culture. You know, we want to build a more equitable, more diverse way of doing things in the industry. That’s what I think makes New York so unique because we’re at the epicenter. And it’s being called New Amsterdam. And it feels, and I’ve talked to other people about this, it feels like a renaissance…of ideas, of culture, of people coming together.”

Jewel Alston, an Our Academy mentee and recent graduate of Cornell, was also there to listen and learn. “I haven’t been able to talk about cannabis or my passion for it for over a year,” she said. “It’s hard to want to talk about it and want to get you into the field. And here everyone around is so generous and like, “Come with me. You like this too? You like plant medicine? You like cannabinoids? It’s so nice to see people and meet people with open arms.”

Meanwhile, back in the lounge, Michael Marinaro and Tara Hopper, co-founders of BadaBloom, were busy making connections ahead of their afternoon Money Stage presentation. “We think it’s going to be a really great weekend,” says Marinaro. “We’re excited to meet a lot of new people.”

The excitement was unmistakable for brand leaders from growing companies like BadaBloom, who are often too busy working on quality products to do much heavy lifting in the networking department. As Diane Downey of Rebel Spirit Cannabis says, “MJ Unpacked has all the people we want to see in one place. We feel really confident we’re going to come away from this with lots of partnerships.”

MJ Unpacked co-founder George Jage ended up extending the happy hour to three because, as he noted, “It was an amazing start and once again we had hundreds of executives that wouldn’t leave the reception since they were so deep in conversation.”

Stay tuned for our reporting on the main event! Eligible prospective attendees can register here until 3 PM on Friday. 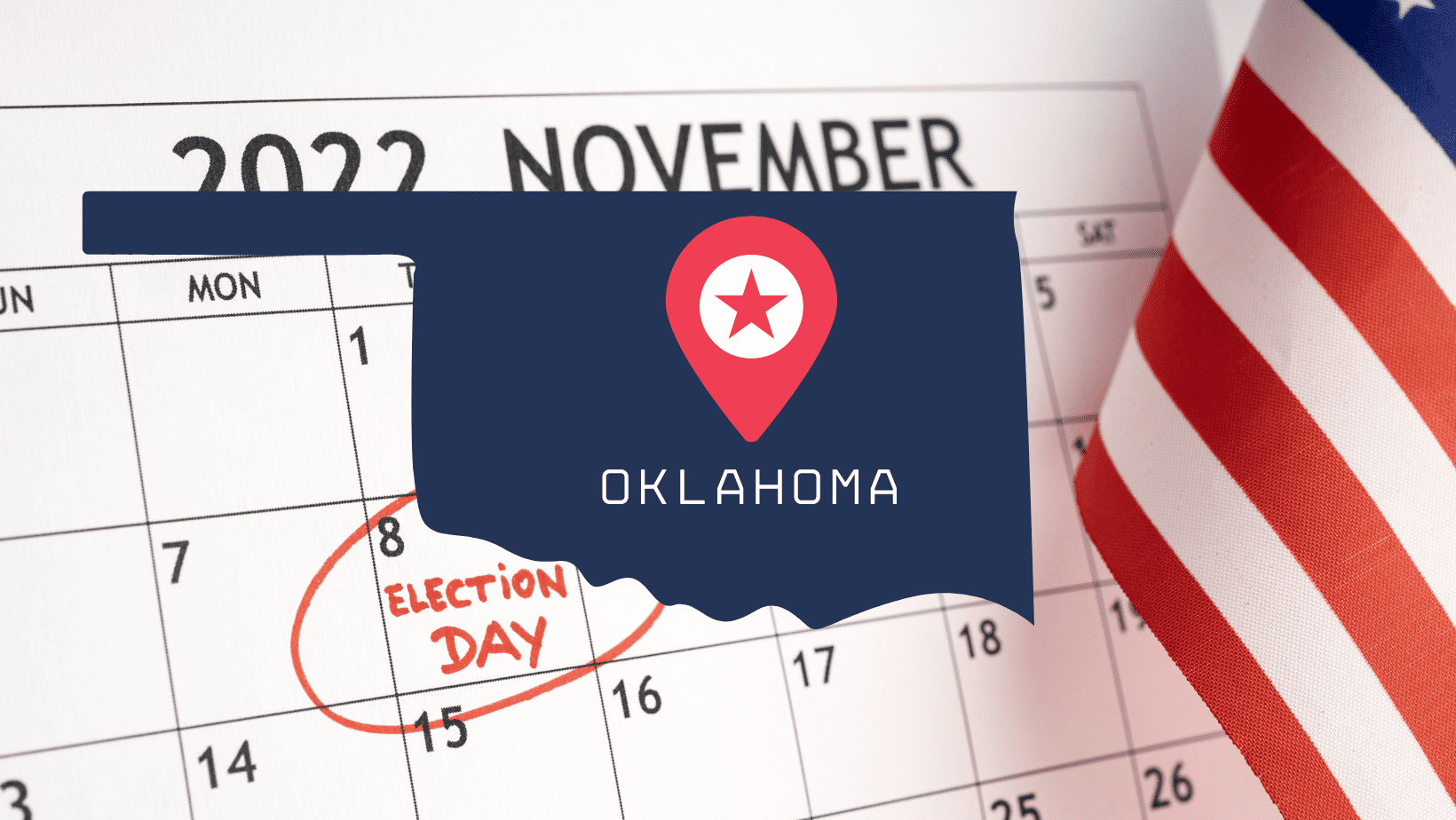 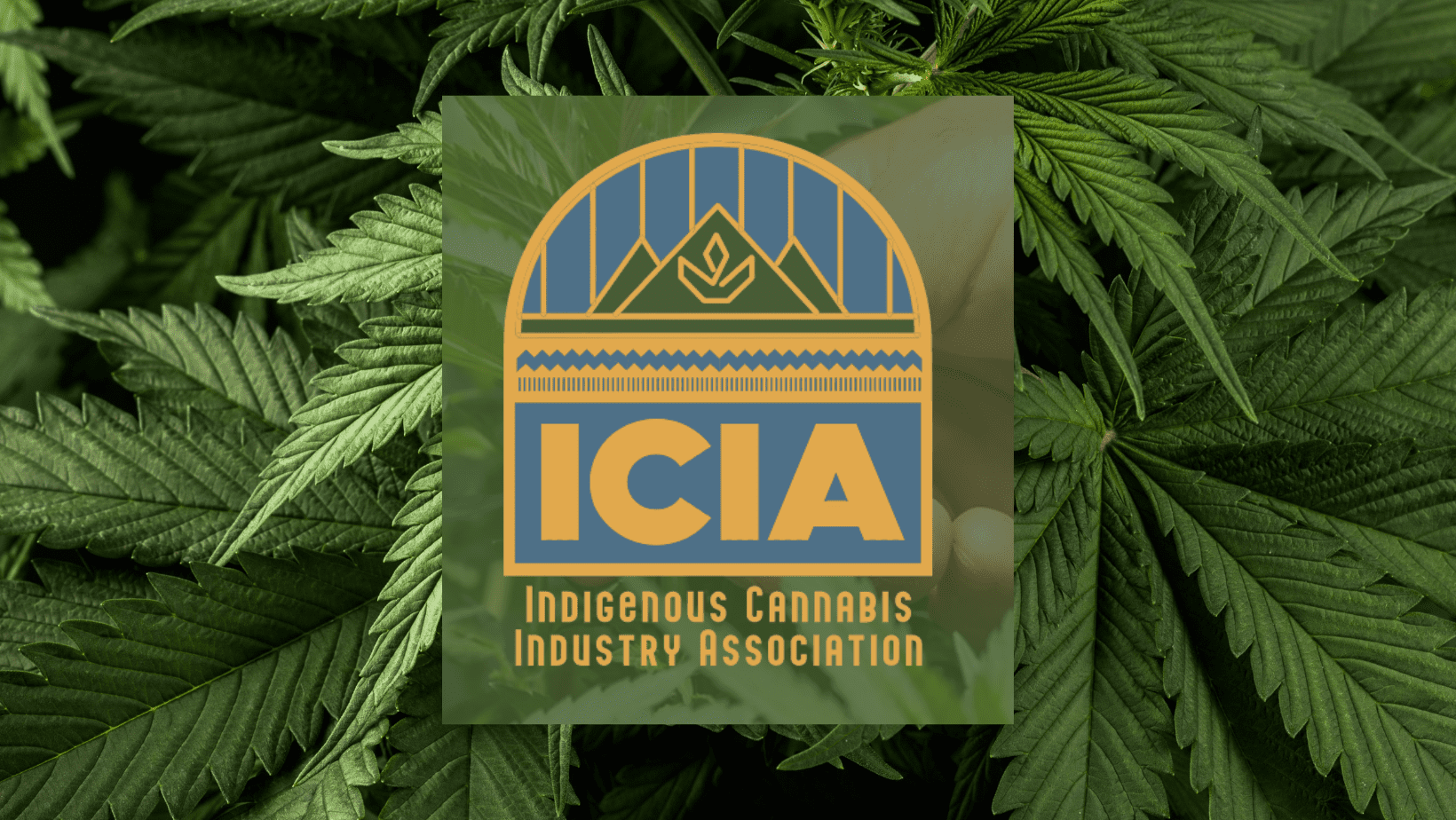