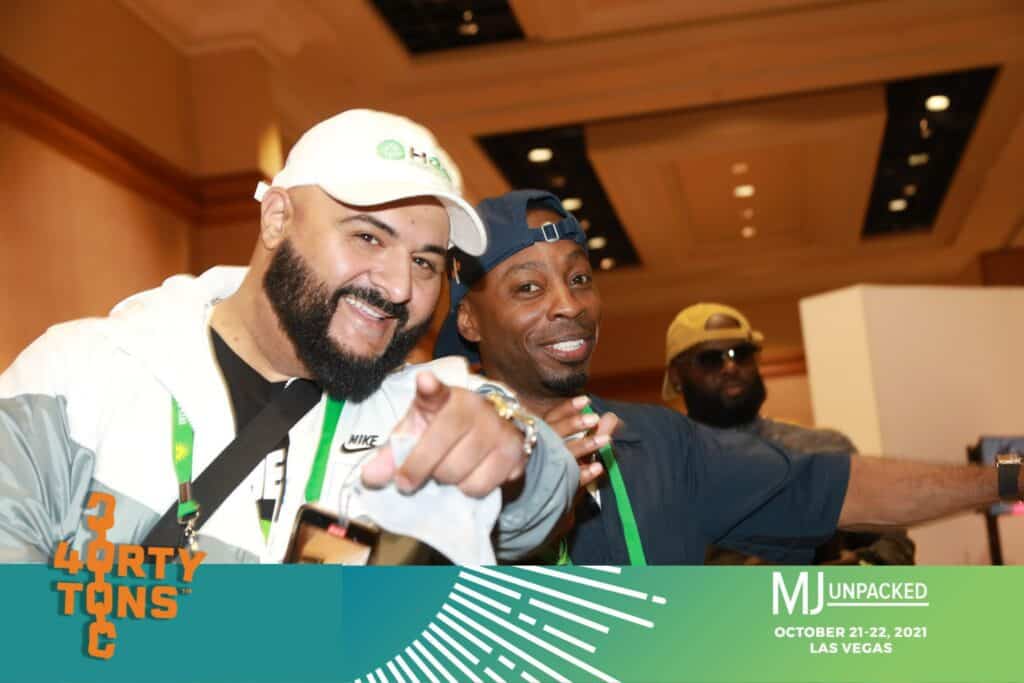 Takeaways from the first day of MJ Unpacked

MJ Unpacked launched its first live show in Vegas this Thursday. The exclusive event is limited to brand and retail executives and accredited investors and represents a re-imagining of what a cannabis conference can look like. Hosted at Mandalay Bay, MJ Unpacked features a brand exhibit hall, a main stage for speakers and panel discussions, a “money stage” for brands to pitch to investors, and private meeting rooms for investors. Though attendance was high, the setting and executive-only crowd gave the event a more elite, focused vibe than we’ve come to expect from trade shows.

The day kicked off with an introduction from MJ Unpacked founders George and Kim Jage, followed by detailed market forecasts and fascinating retail analysis from Kelly Nielson of BDSA.

Next up was Michael Spremulli’s presentation on personality profiling and how to apply it to hiring in the cannabis space. He broke down the most common personnel mistakes—or the “Seven Deadly Hire Sins,” as he refers to it. From failing to put a formal hiring process in place to overly relying on referrals, Spremulli provided a common-sense course correction to keep the hiring process precise and efficient.

This was followed by a discussion between industry legend Steve DeAngelo (the founder of one of the first legal dispensaries in the US and most recently of Last Prisoner Project), moderator George Jage, and Javan Bunch, who has been working in mainstream CPG for decades with companies such as Macy’s, Tory Burch, and Coach. “How Independent Retailers Can Compete in a Land of Giants” delivered a largely positive message. The three got deep into an insightful conversation about the power of authenticity and the advantage that long-time operators have when it comes to making informed decisions about product development and building relationships with consumers.

“We’re here now, and we’ve been here for a while. We have an understanding of the product, the consumer, and the culture that surrounds it,” said DeAngelo, who went on to define what makes the cannabis industry unique.

“I think it’s really important to think about the consumer trajectory with cannabis. Because our product changes the way people feel, the way people think, and changes their values over time,” he said, noting that regular cannabis consumers tend to end up with a set of common values, which he defines as an appreciation for creativity, a skepticism toward central authority, and a love of nature.

The authenticity message resonated with audience members such as Heather Manus, a Registered Nurse who specializes in all aspects of medical cannabis care. Known affectionately by her patients as Nurse Heather, she sports a flower tucked behind her ear and two thin braids that are longer even than Steve D’Angelo’s.

“I was really impressed by the fact that they were talking about authenticity in brands,” says Manus. “It’s really important that people come with their full authenticity, because this plant demands that of us. Being your whole self is what’s going to make you stand out, and if you’re not bringing that you’re not fulfilling the needs of your customers.”

Meanwhile, in the brand experience hall, hundreds of these cannabis enthusiasts were mingling and networking. The show was designed to give brands the option for freedom of movement; brand kiosks with QR codes allowed interested parties to learn more about the products and set up contact with brand owners.

It was cool to see the creativity that brands put into decorating their kiosks. Highlights included Dose of Saucy, a THC-infused condiment brand with a display featuring a neon hamburger and fun, kitschy plastic food; Frigg’s meticulously-crafted mossscapes, and LOWD, with eye-catching blue and green graphic elements emblazoned with the slogan “Smoke like a grower.” Some brands adorned the tops of their kiosks: Califari was crowned with gorgeous graphic skateboards, while Sensi was guarded by a resident sloth.

The sloth wasn’t the only animal in attendance. Darwin the lion, a representative of Darwin brands, was strolling the floor, looking dapper in a suit. It was somewhat surprising to see a lion at an event that’s building its reputation on its exclusive admittance policy, but we were assured that Darwin was vetted and vaxxed just like the rest of us.

Some brands opted for larger booths, most notably 40 Tons, which created a life-size prison cell replete with a cot and toilet. The cell was designed to call attention to the equity brand’s mission to free those imprisoned for cannabis and provide former prisoners with a fair start in the cannabis industry.

Over on the Money Stage, Diane Downey of Rebel Spirit Cannabis Company shared how to maintain the integrity of a brand on the road to nationwide expansion. As an Oregon brand moving into the California market, Rebel Spirit looks for partners they can trust to carry out their vision. “I get in touch with the [California] growers who will grow our own strains, and make sure it’s all organic all the time. I send my manager over to sample the product before we buy it.” With the right partners and spending money in the right places— Rebel Spirit recently invested in automation infrastructure like a pre-roll machine— Downey was there to spread the message that increasing profit margins don’t have to come at the cost of brand values.

The speakers emphasized how the cannabis industry is more collaborative than most mainstream industries with, as Casey Houlihan put it, “A synergistic approach rather than an adversarial approach.” Seun Adedji’s supported Houlihan’s take by talking about the help he’s received over the years from big brands and how he’s paying it back. “That’s how we’ve been able to win consistently—just treat people like gold,” he said.

Another rockstar group convened to discuss “How to Help Retailers Sell More of Your Product.” Moderated by Vince Ning of Nabis, the panel consisted of Bob Eschino, founder of Medically Correct, Annie Davis, VP or marketing for Flow Cannabis, Marty Higgins, CEO of Urbana and Joe Sullivan, director of procurement for Mercy Wellness. The panel dove deep into the topic and covered everything from making the most of data to maximizing dispensary layout to drive sales.

“Being authentic with your engagement with your community base. It’s not performative, it’s not about checking a box and cutting a check,” said Chima Enyia of Cresco. He then outlined Cresco’s recent social justice actions, including their dispensary application incubator and business grants for women “You can’t have social equity without social economics,” he said.

Enyia was happy to report that his experience as Cresco Labs’ social equity director has been overwhelmingly positive. He sees the change as coming from all directions in the company, and the ripple effect outward through the industry has been notable. “I think we’ll see the broader industry follow suit. I hear people asking, ‘From where we sit, how can we contribute to social equity?’ We lead by example.” The desire to know more and do more for social equity is also something he’s seen throughout the conference. “What’s great about the people at MJ Unpacked is that they’re very direct. They ask very direct questions about how they can get involved.”

Doug Kelly of CEIC emphasized that comprehensive social justice requires a multi-pronged approach, ranging from expungement programs to educating kids about their rights to providing essentials like laundry detergent and toilet paper.

We caught Isaiah Gardner, the Social Equity Director for the People’s Dispensary in Fresno, CA, on the way out of the session. Gardner said he was relieved to find a panel that reflected his concerns. “I feel like more people should be inclusive in the direction they’re moving in with the community, and fix the problems that are continuing instead of ignoring them,” says Gardner.  Looking at the energy of the people on the panel was encouraging, he felt, “and very informative.”

We spoke with several social equity brands who voiced appreciation for the support they’ve received from MJ Unpacked. Morris Kelly, founder and CEO of SF Roots, a brand known for its super premium flower, said, “Truthfully I’m most excited about the opportunity that MJ Unpacked has provided us with to get exposure on a national level. And they’re not just doing it with a checklist. They’re doing it with care and making sure we’ve got everything we need to succeed.”

Anthony Alegrete of 40 Tons seconded that, saying, “Thank you Kim and George, you guys are amazing, you guys are awesome. I really appreciate that you support our brand. You went so hard for us. May God bless you guys. And I hope we can take MJ Brand Insights and MJ Unpacked to the universe.”

2 thoughts on “Takeaways from the first day of MJ Unpacked”