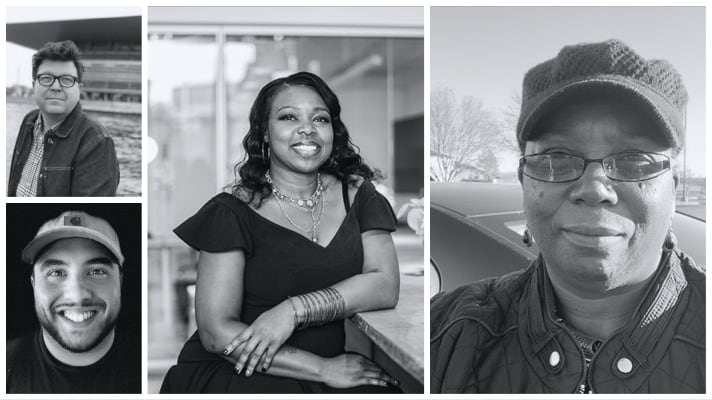 In this year of reckoning, the cannabis industry has finally been forced to seriously address the legacy of the War on Drugs–which has overwhelmingly harmed black and brown communities. Legalization presents advocates and policy makers with unique opportunities to design a legal industry that corrects some of these historic wrongs.

Nowhere is that truer right now than in the Midwest, where the nascent markets provide the opportunity to implement inclusive policies at an earlier stage in industry development. In the adult use markets in Illinois and Michigan and the medical market in Oklahoma, advocates, investors, entrepreneurs and regulators are grappling with DEI issues—a.k.a. diversity, equity, and inclusion.

Just how well is the US cannabis industry doing at addressing DEI issues, especially in these newly-legal states? And how can it do better? This is a recurring featured topic of discussion at MJ Unpacked, a series of region-specific virtual gatherings for cannabis  industry leaders. The organization, which is committed to featuring the voices of women and people of color in all of its programs, hosted the panel “Promoting Diversity, Equity and Inclusion in the Cannabis Industry to Achieve Social Justice” at its September Midwest event.  Moderator Ricardo Baca, a prominent Denver-based cannabis journalist and marketer, asked the panelists to grade the US cannabis industry’s performance on DEI. Their unanimous response: a solid D.

“For now I’d give it a D, knowing that if we keep showing up to study hall, come to office hours, ask for help, we could improve.”

“It’s not completely an F,” said Kaliko Castille, vice president of the Minority Cannabis Business Association (MCBA). “We’ve made some progress,” he added, praising the efforts of many companies and organizations that have issued statements or launched DEI programs. “But we’re still seeing numbers that are disproportionate,” whether in terms of ownership, employment, or access to policy advocacy circles. “So for now I’d give it a D, knowing that if we keep showing up to study hall, come to office hours, ask for help, we could improve.”

Baca then asked panelist Margeaux Bruner, the director of compliance, diversity and inclusion at Red White & Bloom, a multi-state operator (MSO) with dispensaries in both Michigan and Illinois, for an update on equity initiatives in those states.

“Michigan’s program is not funded. It’s very difficult to have a robust and impactful program that is not backed by any dollars, just good intentions.”

“Illinois is working much faster, harder, and better than Michigan is,” Bruner reported. “A key factor is: it’s a funded program. Michigan’s program is not funded. It’s very difficult to have a robust and impactful program that is not backed by any dollars, just good intentions.”

Some of the policies in Michigan’s new adult-use market discouraged minority ownership, Bruner continued, such as a requirement that to apply for a large-scale grow license or a “provisioning” (a.k.a. dispensary) license, applicants had to have been previously licensed under the state’s medical cannabis program, which had no DEI provisions. That requirement, intentionally or not, helped stack the deck against minority entrepreneurs who wished to participate in the market.

The wild new medical market in Oklahoma is a different story. The Sooner State legalized medical cannabis in 2018, and now has more than 370,000 registered patients served by over 9,000 businesses. That growth “far exceeded expectations” said Arcillia Miller, project coordinator at Oklahoma Women Cann Association. “It’s just disappointing that social equity was not actually a part of the conversation in the beginning.”

“It’s just disappointing that social equity was not actually a part of the conversation in the beginning.”

The industry in Oklahoma is now overwhelmingly white. To correct this, Miller and others are advocating for the state to dedicate a portion of its tax revenue from cannabis sales toward a social equity program that would include reduced license application fees, low- or no-interest loans, and technical assistance for minority entrepreneurs.

Access to capital remains the greatest challenge to minority participation in the cannabis industry, the panelists agreed. Castille outlined one idea to address this disparity. “One of the things [the MCBA] put in our model state legislation was this Office of Justice Reinvestment. And the idea is that it would pull 5% out of the tax revenue from cannabis that’s being sold, and specifically fund these types of initiatives so that access to capital isn’t an issue. Or at least less of an issue.”

Baca asked the panelists for suggestions that the decision makers in the audience could take back to improve their organizations’ DEI performance.

“Source vendors and consultants from diverse backgrounds. And pay people fair and equitable wages… But more important, be open to conversation. Be coachable.”

“Number 1: Become a member of the MCBA (at https://minoritycannabis.org). We advocate on behalf of black and brown business owners. But we also have allied white business owners who are members of MCBA because they believe in the idea of a diverse, equitable, and inclusive industry,” Castille said, adding “Hire black and brown people.” If you find that the local talent pool is too small and have jobs that could be done remotely, consider looking for candidates outside your geographic area.

Bruner expanded on that idea: “Source vendors and consultants from diverse backgrounds. And pay people fair and equitable wages… But more important, be open to conversation. Be coachable.”

Baca chimed in: “And add BIPOC people to your boards of directors.”

Miller summed it up : “Mentorship. It’s not about just giving someone some money and sending them on their way. Teach them how to be successful. Show them how to run a successful business. And then they can hire more people of color. Their community starts to grow. They start to grow. And then it spreads.”