What exactly are Democrats promising when they talk about a legalization bill? 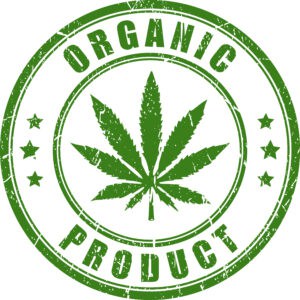 11 Nevada cannabis brands and farms that are certified organic 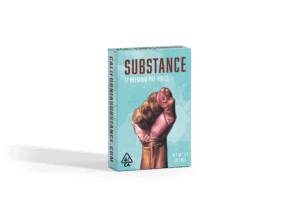 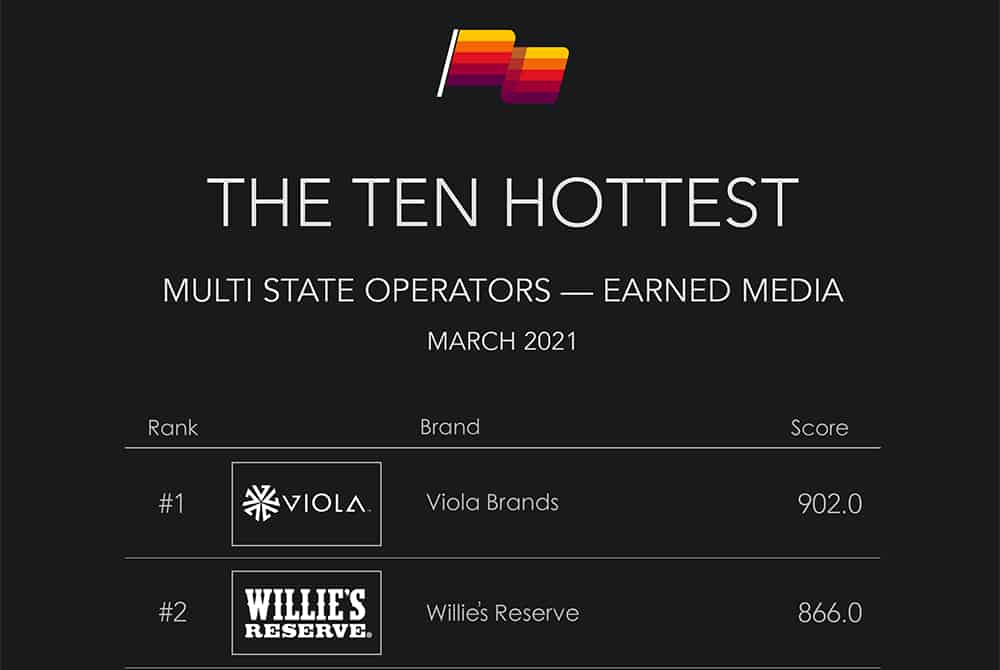 There are few better ways to build your brand than getting media coverage. It is the quintessential third party endorsement that gets broadcast to large audiences. And while there is the occasional Cinderella story of a company that becomes a media darling, for the most part earned media is a function of capital.

The larger companies in our industry, aka MSOs, have the resources to hire professional public relations firms and often have separate investor relations teams building their story in the markets. Let’s be honest, we aren’t seeing any small privately held companies talking on CNBC–it’s Cresco Labs, GTI, or Columbia Care that get the call from Jim Cramer.

And to tilt the scales further, the larger MSOs also have portfolios of brands and retail outlets. So when the press covers, say, Grassroots or Select, Curaleaf also gets the mention. This works both upstream and downstream for portfolio companies.

In this week’s Top Ten Hottest list, powered by Pioneer Intelligence’s consumer engagement Heat Index rankings, we slice the data to see which MSO’s received the most consumer engagement from earned media in March across all product categories and all state markets.

Getting your name in the press is much more about what you stand for than what you do. In the case of Viola (#1) and Curaleaf (3#), articles focusing on black history month, social equity, and state legalization initiatives led to top spots for both of these brands.  Al Harrington, Viola’s founder, has been a prolific speaker and supporter of social equity in our industry. Combined with his successful NBA career, it makes him a go-to media pro to discuss the importance of the topic. With strong leadership from their VP of corporate social responsibility, Khadijah Tribble, Curaleaf also puts social justice at the forefront of its brand. In another example of having the resources to leverage editorial coverage, the company sponsored a survey to measure New Yorkers’ support for legalization and a social equity program, which was widely referenced because it was timed perfectly with the news of legalization in the state.

The Pioneer Heat Index places more weight on relative change than absolute position. We see this at play with Willie’s Reserve, which took the #2 spot. Willie’s is a strong brand with great consumer engagement, but they had a relatively quiet Q4 of 2020 when it came to earned media. Then in Q1 of this year, they accelerated their PR and got some blockbuster articles in Forbes, Daily Beast, and the Wall Street Journal. While some of these articles were published in February, they continued to generate shares well into March. After all, who doesn’t want to read about Willie Nelson’s sex life?  (However, you’ll have to get past the Daily Beast paywall to get the dish on Willie’s willie.) 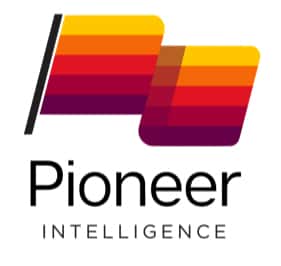 Disclaimer:  Pioneer currently has more than 550 brands in their active pool with another 250 brands in their pipeline. Pipeline brands require six months of data before being added to the active pool. Lists of both active and pipeline brands can be found at pioneer.buzz/brands. If you would like to request your brand be tracked by Pioneer, please email  [email protected].

George Jage has been launching and developing trade shows and media companies for nearly 30 years. From 2014 to 2017, George led the growth of MJBizDaily and MJBizCon; under George's tenure, Trade Show Executive twice recognized MJBizCon as the fastest growing trade show in the US. In 2017, he was hired as CEO of Dope Magazine, where he led the sale to High Times Holding Corp. George is the co-founder and CEO of Jage Media, the publisher of MJ Brand Insights and producers of MJ Unpacked event series.
View Author's Posts
Related Articles 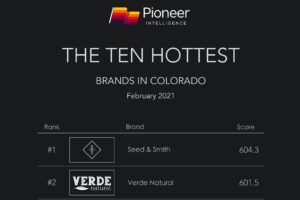 PrevPreviousWhat exactly are Democrats promising when they talk about a legalization bill?