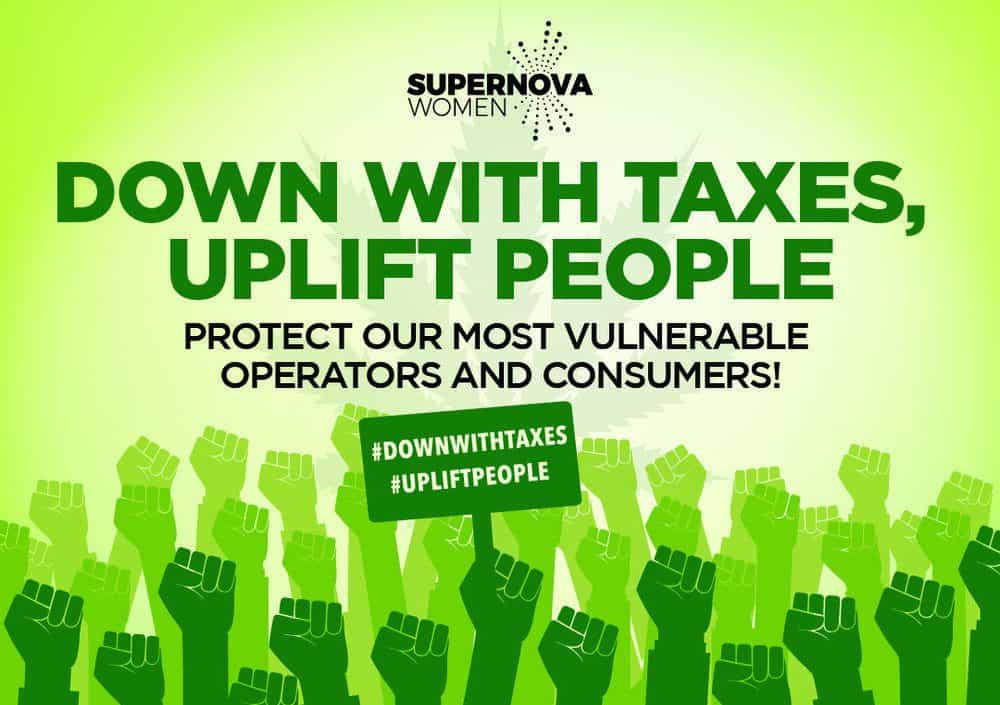 50+ California BIPOC activists to host “Down with the Taxes, Uplift the People” rally today with urgent asks of Governor Newsom

When California Governor Newsom announced the state’s revised budget last month, which included a historical surplus of $97 billion, Oakland-based nonprofit Supernova Women saw an opportunity. The group, which works to provide opportunities for Black and Brown people in cannabis, is hosting a “Down with the Taxes, Uplift the People” rally and press conference today, Thursday, June 2, 2022 at 2pm PST.

BIPOC cannabis stakeholders, policy makers, patients, and operators will appear to highlight three urgent asks of the governor and Budget and Finance Committee ahead of their July 1 budget deadline: repeal the excise tax for social equity retailers, reduce the excise tax to 5% for everyone else, and codify a statewide definition of social equity to establish eligibility for the tax exemption.

The rally and press conference comes after Newsom’s recent cannabis tax proposal, which maintains the 15% excise tax but switches the point of collection from distribution to point of sale starting next year. The tax is expected to increase to 19% in three years.

California social equity programs are governed by local jurisdictions and are not allowed to consider race or ethnicity as eligibility criteria. The “Down with the Taxes, Uplift the People” rally organizers would like to see a new statewide definition based on 51% ownership of a company and either five years of residency in a low-income community disproportionately impacted by the War on Drugs, or based on having an immediate family member with a prior cannabis arrest or conviction.

“My great-grandfather was a sharecropper who bought his own freedom,” said Morris Kelly, CEO of SF Roots dispensary. “That’s the dream BIPOC California operators bought into with Prop 64, but the 26% increase in the excise tax will kill this dream, crushing my ability to turn a profit and compromising our community’s access to safe medicine.”

Organizer Amber Senter said, “Governor Newsom promoted Prop. 64 less as an opportunity for tax revenue and more as a historical opportunity for racial and social justice and economic empowerment — to remedy the damage of a drug war that had disproportionately criminalized Blacks and Latinos. And yet five years later, California’s Black and Brown cannabis operators, many of whom voted for Newsom not once but twice – are literally sitting on the brink of extinction, due to onerous state taxes, while the Governor sits on a $100B surplus.”

Locals can join Supernova Women and other advocates on the west side of the Capitol building steps at 2 p.m. today, June 2, 2022. Remote attendees can watch via Facebook or Instagram. 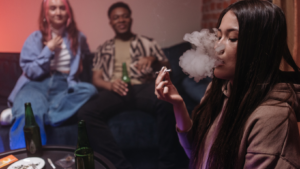 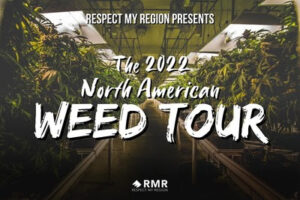 PrevPreviousWorld traveler? A close look at cannabis laws around the globe
NextBarbari wins the Money Stage pitch competition at MJ Unpacked NYC 2022Next