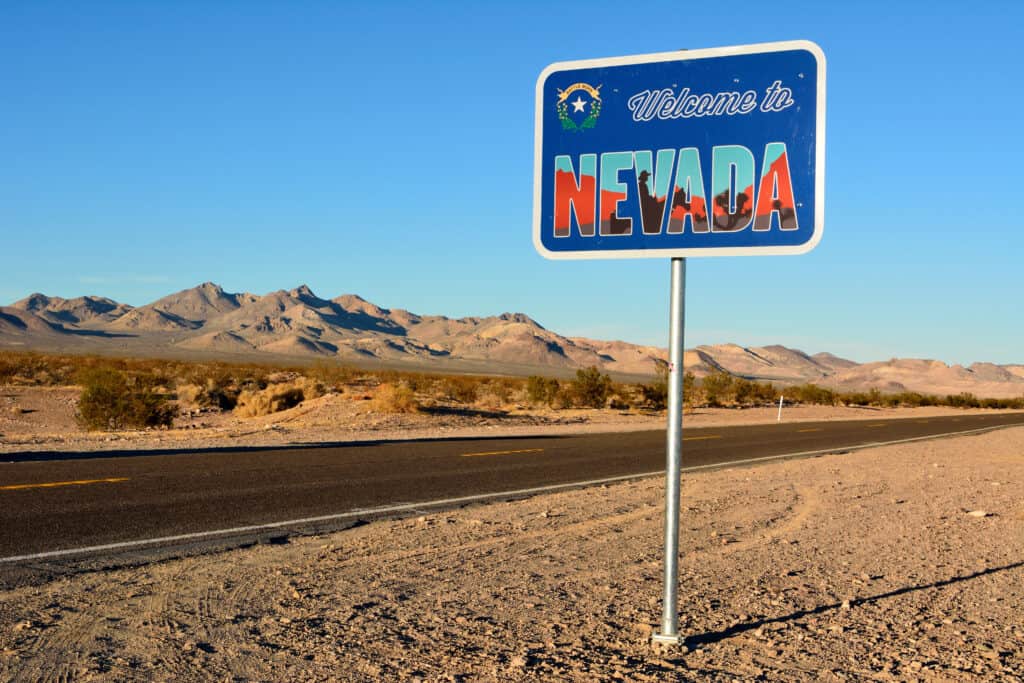 An up-to-date look at the Nevada cannabis industry

Nevada is a unique place. Where else can you party down the streets with open alcohol and escape to gorgeous deserts all in one day? Since voters approved adult-use cannabis in 2016, the Nevada cannabis industry has skyrocketed, opening another avenue for tourist attractions and revenue. Here’s the latest on cannabis in Nevada.

Nevada cannabis laws then and now

Following the passage of Question 2 on the 2016 ballot, Nevada cannabis became legal on January 1st, 2017. Dispensaries first opened their doors to customers on July 1st.

The Medical Use of Marijuana Act passed in both 1998 and 2000, fulfilling the state’s requirement to pass in two consecutive elections to amend the constitution. Formal legalization happened in 2001 with the passage of Assembly Bill 453. Home cultivation was the only option for medical patients until 2015, though, when the first medical dispensaries became operational.

Patients may possess up to two and a half ounces of cannabis or grow up to 12 mature plants if they do not live within 25 miles of a state-licensed dispensary. Patients cultivating strains unavailable at local dispensaries or who are too ill to travel to local dispensaries can cultivate the up-to-12 standard.

Adult-use consumers can possess up to one ounce of cannabis at a time. Possession of over an ounce or use in public are both misdemeanors that can result in up to a $600 fine.

Home adult-use cultivation is only legal for adults 21 and over who live more than 25 miles from a Nevada dispensary. If this is the case, they can grow up to six plants per person and no more than 12 per household. Plants must be grown in an enclosed area with a lock or security device and cannot be visible to the public eye.

When open, lounges may operate as independent businesses or be attached to existing dispensaries. They may not operate near casinos or bars, and alcohol will be prohibited in the space.

Cannabis consultant Christopher LaPort told KNPR that lounges may help bring in more young visitors to Las Vegas, something that has long been a target for the city.

“Social-use lounges will allow us to not create a new Amsterdam, but a new Napa Valley,” he said. “We’re going to turn cannabis into a hospitality industry. No one’s going to touch what Las Vegas does with this industry.”

The introduction of consumption lounges will add even more reason for weed lovers to take a trip to the Entertainment Capital of the World. From weed-themed wedding packages to Las Vegas Cannabis Tours, Nevada is home to a lot of cannabis tourism opportunities.

Fiscal year 21 (July 1, 2020-June 30, 2021) brought in $1,003,467,655 in taxable sales between adult-use and medical cannabis dispensaries. This was a $318 million increase from the previous fiscal year, which saw $685 million in taxable sales. Clark County, home to Las Vegas, brought in the majority of sales, along with unincorporated cities in Southern Nevada.

“This is what Nevadans expected since the legalization of recreational marijuana,” Governor Steve Sisolak said in the state’s annual report. “Education remains one of my top priorities, and I’m proud to see promised tax revenue from cannabis sales directly funding our students and classrooms.”

No social equity in Nevada, yet

No social equity provisions are in place for the Nevada cannabis industry, though some commissioners are working with advocates to rectify this. Last week, funding for a business school to help BIPOC entrepreneurs enter the industry was approved. At this time, though, we can see the lack of social equity provisions reflected in the majority-white men ownership in cannabis businesses across the state.

A number of tribal compacts between the state of Nevada and various tribes exist, allowing those communities to gain revenue through the sale of legal cannabis. Currently, 13 tribes have agreements with the state of Nevada to own and operate cannabis businesses, keep their revenue, and exercise sovereignty.

In one success story, the Las Vegas Paiute Tribe helped struggling cultivators and processors put money in their pockets by making large product purchases, sometimes seven-figure checks, to stock their dispensary. After all, the tribal store carries over 900 different products from over 180 of the state’s cultivation and production facilities.

The state offers licenses for cultivation facilities, distributors, manufacturing facilities, testing facilities, and retail stores. Retail stores can also contract out drivers to deliver cannabis in areas where delivery is permitted. There are no delivery-specific licenses.

Suspicions of pay-to-play corruption for licensing have been circulating in the state for years now. Prospective industry players are concerned that big business leaders and politicians with friends in high places had been gaming the system to snatch up licenses before others have a chance.

These concerns led the FBI to open an investigation into the licensing process. The ongoing investigation began in 2020, following several prior scandals. First was in 2016, when the Nevada Department of Taxation (who used to oversee cannabis) received more than 460 applications for 64 available license slots. Of those applicants, only 17 received all 64 licenses. A lawsuit for the scandal was escalated to the Nevada Supreme Court.

The Nevada Cannabis Compliance Board was established in 2019, moving oversight from the Department of Taxation to a newly-created entity. While this new governing force was intended to alleviate the controversy around licensing, the FBI investigation was launched in 2020 after authority had been transferred.

Many of Nevada’s hottest cannabis brands come in from multi-state operators. For example, Curaleaf, Willie’s Reserve, and Kiva Confections are popular brands in the state, but none are headquartered in Nevada.

Still, the state is home to some key industry players, such as Planet 13, which opened its first Las Vegas dispensary in 2018. Dubbed as the largest dispensary in the world, Planet 13 is home to a store-in-store, weed-themed weddings, and more.

Deep Roots Harvest is another Nevada cannabis company with a large presence in the state. Founded in 2015, the vertically-integrated company supplies a majority of the state’s dispensaries with cannabis and is the name behind several notable edible brands, including Cheeba Chews.

For a state with abundant business and tourism opportunities, Nevada has adapted to the legal cannabis market in lucrative and creative ways. While the state’s support of tribal-owned cannabis businesses is commendable, the lack of a social equity program is a glaring oversight that has left the industry without much diversity. We’ll be watching to see how the rollout of consumption lounges will affect this aspect and the state’s industry overall.