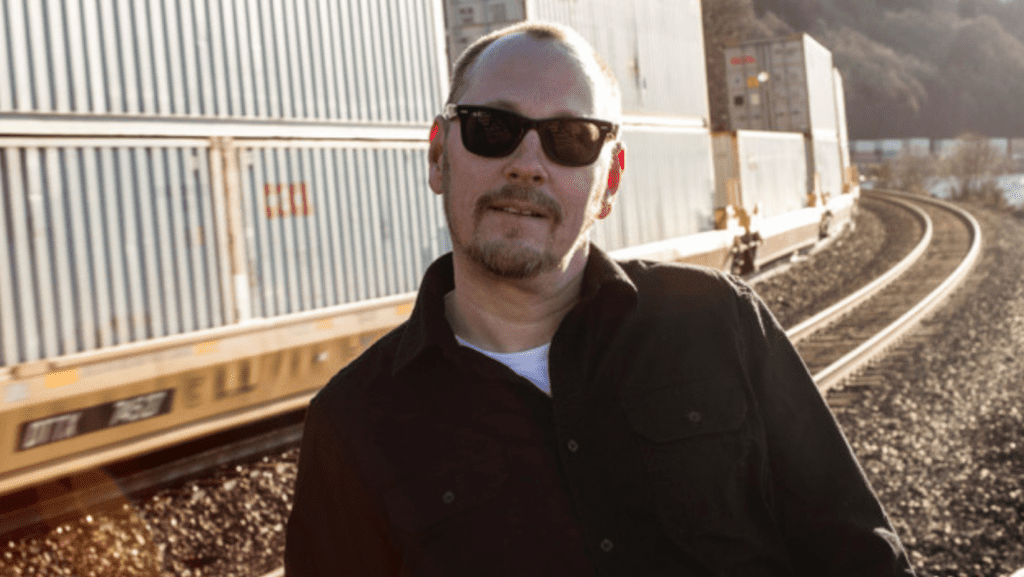 DIY to i502: How a Seattle metalhead took Saints Joints to the top

Larry Perrigo is a master of figuring out what works and sticking to it. It’s how he took Saints Joints from a personal grow operation in his Seattle basement to a multiple Clio-award-winning brand that remains true to his DIY roots and do-good ethics.

Informed by his years spent running punk record labels and releasing his bands’ music to the public, his launch into the cannabis world just made sense. He never made any money through his DIY record label, but as anyone in the scene will tell you, that’s not really the point. What he did gain was a deep understanding of DIY marketing and an ability to pivot his approach toward cannabis ahead of Washington legalizing adult use.

Perrigo spent the late ‘90s throughout the early 2000s playing in metal bands around Seattle, including Book of Black Earth and Wormwood. During the aughts, he discovered the joy of growing weed in his Seattle backyard, and eventually scaled the operation to his basement. That’s when hype around Washington’s impending legalization put a bug in his ear to get on board. So, he hung up his figurative bass and moved into the cannabis world.

“I knew I would shoot myself in the foot if I didn’t take this risk,” he said. He snagged a warehouse in south Seattle’s Georgetown neighborhood, “frankensteined” a bunch of grow equipment together, got approved for a cannabis license, and quit his day job to start selling medical cannabis and prep for the recreational market.

While Perrigo’s DIY music background is of particular interest to me, I wasn’t aware of the backstory when I first became a fan of Saints Joints. What drew me, and many other Saints lovers to the brand was the look. The company’s emphasis on gorgeous, detailed, and artist-collaborated packaging for its joint boxes has helped cement Saints as a unique, community-centric company that values artistry and representation.

You can see it in their tattoo packs, a successful campaign where Saints commissioned various Seattle tattoo artists to design the joint box packaging their way; their Pride packs, which featured LGBTQ artist designs with a percentage of revenue donated to Equal Rights Washington; Clio-award winning Ballot Box collaborations encouraging citizens to vote; and even their collaborations promoting bands and a Seattle-centric novel. Feedback has been overwhelmingly positive, with people even purchasing empty boxes of fill-your-own cones solely for the enticing packaging.

Perrigo’s past work with musicians and artists certainly influenced this collaborative approach. He continues to partner with the same friend and graphic designer from his record label days, a testament to the kind of businessman Perrigo is – one that “really tries to not be an asshole to people,” as he puts it. Coming from the DIY scene, Perrigo feels especially good being able to pay artists for their work.

Packs of pre-rolls are commonplace these days, but that hasn’t always been the case. Saints’ first legal adult-use sale came in 2016, and Perrigo found himself explaining his product to dispensary staff who seemed perplexed by the concept of joints in a box.

A lot has changed since the beginning of Saints, but a lot has remained the same. Perrigo has stayed true to his strategy, which he sums up as a “holy shit moment” where he realized he can just continue what he’d already been doing with records, but with weed. What does he say to his friends who still have record labels? “Yeah man, weed sells way more than records.”

The company is self-funded and debt-free and operates in both the Washington state legal market and Oklahoma’s medical market. Though he points out that the Oklahoma cannabis market is in a very different place than Washington, Saints has still made a point of celebrating artists and community in the Sooner State through word-of-mouth artist searches.

With about 15 employees in Washington, the company remains relatively small but mighty. Perrigo has high hopes for future expansion, and we can expect a similar approach in other states that Saints enters.

When you strip away the elegant package designs and interesting background story, the weed stands on its own. Natural ingredients and careful growing practices have paid off, producing dozens of strains that feel as good as the packages look. Perrigo hasn’t changed his practices much since the beginning, as he still relies on no-till gardening and organic living soil for his two indoor Washington farms. They use few pesticides, all of which are Organic Materials Review Institute-certified. The company mostly does all of their own genetics and they try to keep it interesting. Perrigo is a big fan of their Miracle Alien Cookies and Lavender options.

What’s next for Saints?

“I was thinking national legalization would have happened by now, but I’m almost 10 years in,” Perrigo told me. He plans to spend the next year and a half or so focusing on the next steps of the brand and taking it to the next level.

“The whole thing is mindblowingly exciting,” he told me. “I wonder how it’s going to shake out.”

1 thought on “DIY to i502: How a Seattle metalhead took Saints Joints to the top” 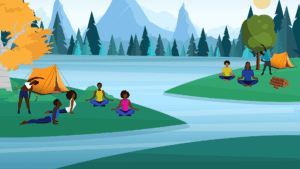 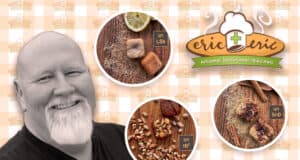 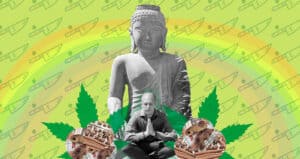