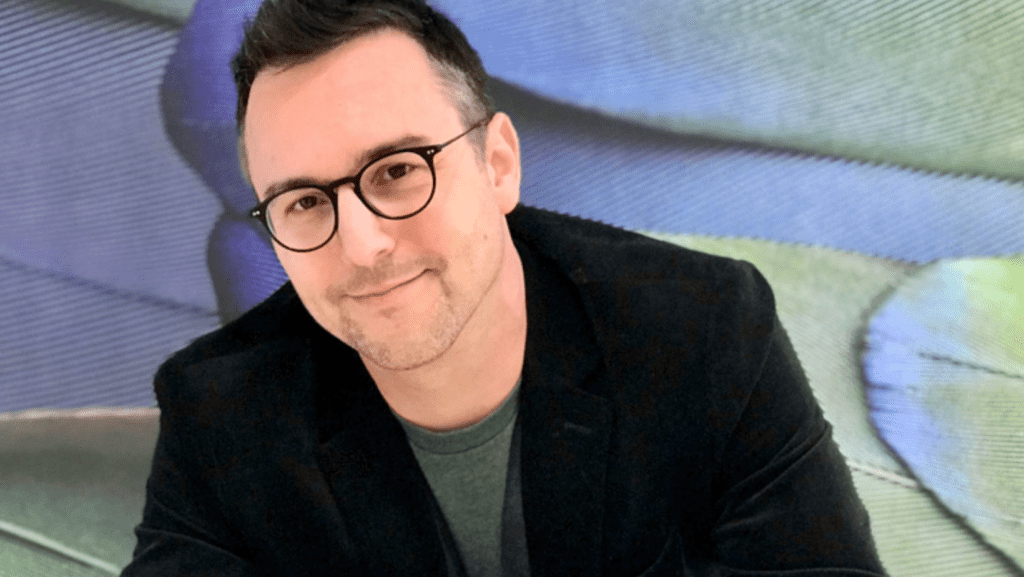 What can the leadership of a fast-growing cannabis company do to stay true to the ethics they started with? Holistic Industries is going the extra mile to uphold its original mission: “do well by doing good.” From the beginning, CEO Josh Genderson traveled the country meeting with legacy operators to glean the specialized knowledge that won the company licenses along the Eastern Seaboard and a place in the competitive California market. But one secret to the MSO’s success may come as a surprise. When it comes to big picture issues and executive decisions, Rabbi James Kahn is there to make sure they’re always kosher.

As Executive Director of Liberty Cannabis Cares, Holistic Industries’ social impact and corporate responsibility team, Kahn is essentially entrusted with overseeing company ethics. As he puts it, “Holistic hired a rabbi to make sure that cannabis served as a force for good in every community we’re lucky enough to be a part of.”

The collaboration is rooted in Kahn and Genderson’s pre-existing friendship and was inspired by an offhand remark. As Holistic Industries began to expand, Kahn told Genderson that holding the company accountable would be a full-time job in itself. The comment resulted in a job offer, and Holistic Industries has been able to boast an in-house rabbi ever since.

“​​When I started Holistic Industries, I was running a family business where I learned firsthand how important it is to engage and support your local community,” says Genderson. As he expanded the company’s national footprint, he was careful not to leave that ethic behind. “We think beyond the business of cannabis and prioritize projects and initiatives like social equity, diversity, community, and cannabis literacy, that will move us toward positive social change. To do that successfully and at a national scale, we needed a leader with positive social change in their DNA. I met James and knew we needed him to drive our CSR.”

Kahn works to build trust in the communities where Holistic Industries operates.

“A decade ago people were still scared of cannabis coming into the community—they were scared the sky would fall. My job was to say, ‘Not only will the sky not fall, but we’ll plant trees, facilitate public art, and offer $50,000 in grants.”

He emphasizes the importance of looking at the individual needs of each community instead of a philanthropic approach that paints with a broad brush. “I’ve gone into these communities and tried to find the thing they need the most,” says Kahn.

For example, after Holistic Industries won their Pennsylvania licenses, Kahn conducted community research and learned that the town of New Castle, PA was facing extreme blight and housing instability.

“New Castle is part of the Rust Belt, which at one time had a lot of economic activity,” he says, “but now that steel is no longer being produced all these beautiful old Victorian homes are run down.” Many historic houses are plagued with old lead pipes and asbestos, and though over half of the 100 blighted homes in town qualified for low-income federal programs to fix them, they were often disqualified due to lapsed homeowner’s insurance or unpaid property taxes. The mayor proposed that Holistic provide a $50,000 grant so the town could hire a case manager to help families apply for programs like federal asbestos removal and assist homeowners with payments. “In this particular case we were able to pay back taxes and owed payments so they can connect to all this federal programming,” says Kahn.

At first glance, Kahn’s position falls outside the traditional rabbinical purview, but he sees the work of cannabis advocacy and spiritual guidance as aligning perfectly. “I really have become a believer that religious teachers and leaders should get out of synagogues and churches,” he says. “People don’t go to church or synagogue like they used to but that doesn’t mean they’re not hungry for something. At the heart of people wanting to use cannabis is the desire to feel something good, to feel connected, alive, renewed, and that’s what sends people to church too.”

For Kahn, cannabis offers the types of deeper connections that might otherwise be found within spiritual communities, but it comes with fewer barriers to entry. “The job of a rabbi or any religious teacher is to sort through different tools and see which one applies. Cannabis is a tool that is incredibly helpful to people,”  he says.

“You don’t have to learn Hebrew, or learn Vipassana meditation, you just have to take one puff to have a different perspective. Cannabis is a window into another realm of consciousness.”

Though Kahn’s cannabis career was something of a surprising turn, an interest in consciousness is part of what originally drew him to rabbinical school. “I wanted to dive into the big questions of life, like why are we here, and why does it matter? What wisdom did our ancestors know, and how can it be applied to our lives?” Asked how being an ordained rabbi helps him answer those questions, he equivocates in the grand rabbinical tradition of his ancestors. “It’s not like you come out of rabbinical school with answers. If anything you just have better questions,” he says, recalling the labyrinthine nature of Talmudic debate. “One of the most exciting things about the Jewish tradition is the idea that there can be more than one answer to a question, and if you can take all the truths from different places you can map consciousness.”

But if there is one concrete conclusion rabbinical school gave him, it’s the importance of a collective approach to exploring these ideas. “You can’t figure these things out alone,” he says. “There’s a teaching in Judaism that you’re not even supposed to study Torah alone because you can really convince yourself of anything. People do it all the time—they use religious texts to back up any opinion they have.” As tempting as it can be to cling to definitive answers, implicit in the Jewish custom of answering questions with more questions is the understanding that truth is multifaceted and dynamic.

This approach is mirrored in his role at Holistic; though his work is extremely varied—ranging from lecturing on medical cannabis at senior centers to (hilariously) giving away Christmas hams—all of it is rooted in the belief that community accountability is an important ethical checks and balances system. In Judaism, members of the scholarly community are expected to push back on each other’s visions and interpretations to avoid getting stuck in one way of thinking. The collective process of searching for answers is humbling and dispels the modern emphasis on individualism. “Most Jewish prayers require a group of ten people to say them. We force ourselves to be in community because we know there are times when we are low and we will need others to carry us. And when we are high it’s our duty to carry others in return.”

In his experience, cannabis is one of the best ways for people to get “unstuck.” One of the first times he saw the healing possibilities in cannabis was as an onlooker of a social worker training, when the leader explained that one of the most effective ways to shift suicidal ideation is to take a hit off a vape pen. “That’s what first indicated to me that cannabis is more than just getting high,” Kahn says.

In the freeing effects of cannabis, Kahn sees another way it connects to ancient Judaic wisdom. “There’s this Jewish mystical language used to describe a narrow mental state versus an expansive mental state,” he explains. “I use cannabis at the end of my day, and it helps me go from a narrow state to an expansive state of being open to all that is. In Judaism that’s all just God.”

Kahn is pleased to report that these connections aren’t coming out of nowhere—according to recent archaeological evidence Judaism and cannabis are ancient bedfellows. “Last year they found a temple whose chamber at the center was called the holiest of holies, where God and humanity would meet,” he says. He explains that outside this room priests would burn different resins atop two pillars. “They analyzed the resin on top of the pillars,” he says excitedly, “and one of them was frankincense, and the other was incredibly high in CBD and THC. This smoke must have been intoxicating to the priests.”

For a cannabis-advocating rabbi, this archaeological find supports what he has long suspected: the benefits of religious study and cannabis consumption are closely tied, and they both have the power to counteract some of the more consumptive aspects of modern capitalism. Rabbi Kahn points out that one of Judaism’s great contributions is the Sabbath, which makes the most sacred day of the week a day of rest.  “We live in this world that’s all about what you do. Shabbat is the antidote to that,” he says. “There is value in not doing anything, and cannabis can also help us realize that.”

When it comes to cannabis, Rabbi Kahn is an outlier among Jewish religious leaders. The Lubavitcher Rebbe and Modern Orthodox rabbis like Moshe Feinstein have come out against it. But just as Rabbi Kahn has been able to ease cannabis fears in nursing homes and conservative communities, he thinks he might be able to sway religious naysayers if given the chance.

“I’d like to believe if I were to sit down with Rabbi Feinstein I could convince him,” says Kahn. “In Bresheit Genesis 29 God says, ‘Behold, I have given you every herb-bearing seed which is upon the face of all the earth.’ These plants are all available to us, we just have to use them in ways that are beneficial.” In other words, perhaps it’s time that Judaism embraced its ancient cannabis roots. As Rabbi Kahn puts it, “420 is not a Jewish holiday,” he says, “but maybe it should be.” 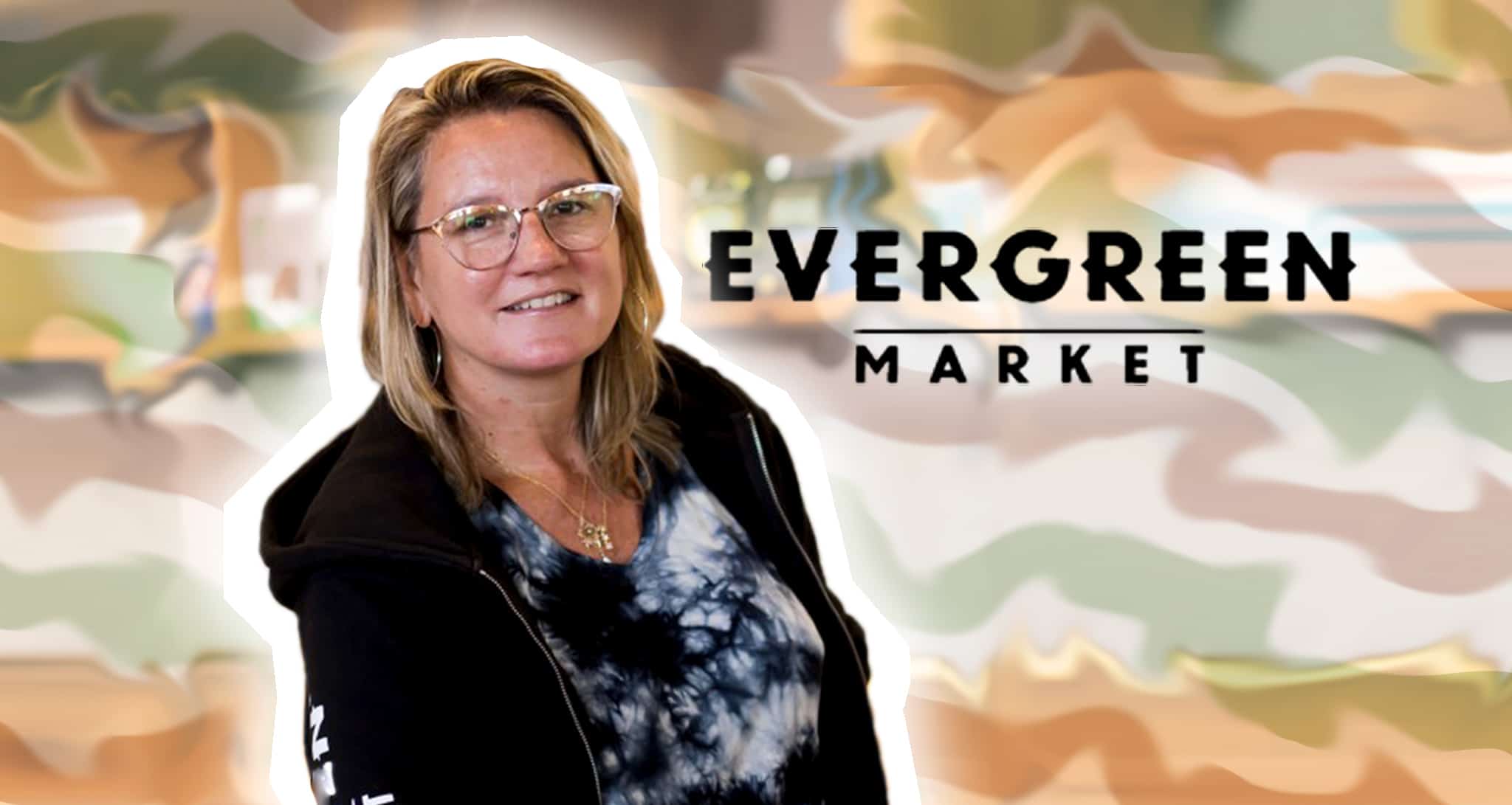