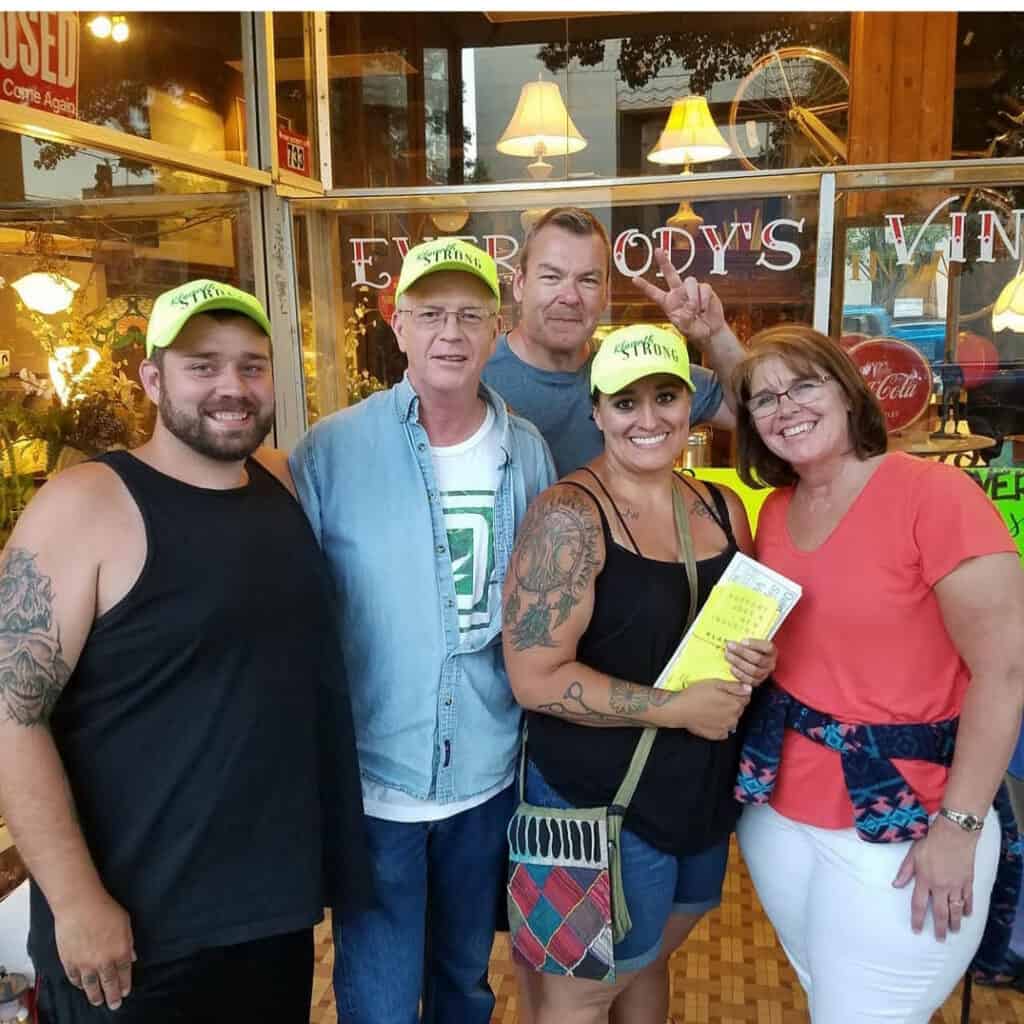 How to overturn a cannabis ban: Lessons from Klamath Strong

As adult-use cannabis legalization sweeps the nation, advocates in many states have appeased opponents with a strategic concession allowing local governments to opt out and prohibit cultivation, processing, or retail sales in their jurisdictions.

That compromise may be fine for the majority of a state’s population. But the result can be a messy patchwork with people in the big population centers enjoying access to legal weed while entrepreneurs in “dry” towns remain shut out of the legal market, local governments are deprived of tax revenue, and rural consumers go underserved.

Conservative, rural areas across the country—from upstate New York to southern Illinois, the Oklahoma Panhandle to eastern Washington—often have more in common culturally and politically than they do with their own neighbors in nearby metro areas.

Likewise, cannabis activists in small towns may have more to learn from the successes of legalization battles in rural parts of other states than from their own more liberal big cities and state capitals.

One rural community that successfully overturned a local ban on cannabis licenses in 2018 is Klamath Falls, an Oregon city of 21,000 that lies deep in Trump country east of the Cascade mountains.

We recently spoke with Ed Medina, to see what useful lessons we could glean from his experience organizing the Klamath Strong campaign, which was responsible for the ballot initiative that overturned the local ban.

Ed Medina, 54, was not a cannabis activist until relatively recently. After earning his master’s degree in physical therapy, he worked for several years in healthcare. Then he started an IT consulting business, which he ran for 14 years.

So in 2014, when he changed careers again and opened A Better Way Medicinal Alternatives, Klamath Falls’ first medical cannabis dispensary, friends and colleagues in the local community were surprised, to say the least. “I went from the computer guy to the weed guy,” he says with a wistful chuckle. “Suddenly the invitations to dinner parties and social engagements stopped coming.”

What led to that career change was a personal health crisis. “Cannabis saved my life,” he says.

A decade ago, Medina was diagnosed with hepatitis C. Doctors said he likely contracted the liver disease as a child from a contaminated blood transfusion he received after a car accident. By the time Medina was diagnosed, he was in stage three liver failure.

The year-long treatment, similar to chemotherapy, caused intense pain, nausea, and weight loss. “Without the cannabis, I don’t think I would have completed the treatment. And without completing the treatment I probably wouldn’t be sitting here talking to you.”

That personal experience led Medina to open A Better Way in 2014, and turned him into a warrior for the legal cannabis cause.

Later that same year, Oregon voters approved Measure 91, a ballot initiative that legalized recreational cannabis statewide. In early 2015, the Oregon legislature passed a bill to establish the legal and regulatory framework for the new adult-use market. That bill allowed any county, or city within a county, where more than 55% of the voters had opposed Measure 91, to opt out of the new regime, effectively banning anyone in their jurisdiction from obtaining a producer, processor, or retailer license from the Oregon Liquor Control Commission (OLCC).

The following year, local cannabis activists mounted their first counterattack: an initiative to overturn the countywide ban on the May 2016 primary ballot. That effort failed by just over 56%, the same margin as the vote against Measure 91 two years earlier.

How not to run a Campaign

In addition to the obvious uphill battle the 2016 legalization initiative faced, Medina points out several other reasons the ballot measure (which he supported, but did not lead) was doomed to fail.

First, he says, the language of the measure was not very well-written. But more importantly, the campaign’s main organizers were newcomers to the area who were politically naïve and unnecessarily hostile toward their opposition.

Medina prefers not to name names, but says the organizers of the 2016 campaign did everything wrong. “They were antagonistic. They literally went to county commission meetings and called them names and filed a recall petition against one of the commissioners at the same time. You don’t just come in and disrespect people publicly like that. They went into a county commissioner’s meeting and literally threw edibles at the commissioners. I mean, I supported what they were trying to do. I didn’t support them.”

After that master class in how not to run a campaign, Medina decided to step up and take a leadership role in the next effort.

The path to victory

Analyzing the precinct-by-precinct voting results, Medina and fellow activists realized that, despite losing countywide, both the 2014 and 2016 measures had received 55% support from voters in the city of Klamath Falls. The obvious next step was to forget about the county and give just the voters in the city a chance to overturn their local ban at the ballot.

In early 2018, Medina teamed up with hemp farmer Marianne Yong as co-chief petitioner and filed an initiative to be included on the November ballot. Crucially, they enlisted the help of Phil Studenberg, a local DUI attorney who had worked with NORML, to help draft their petition. Studenberg would also end up running successfully for city council that fall, further legitimizing their campaign.

One important provision of their initiative that was not included in the 2016 county measure, Medina says, was a section establishing a cannabis advisory board made up of industry stakeholders who would be charged with advising the mayor and city council on any proposed policy changes affecting the industry.

With a well-crafted petition in hand, the campaign team set out gathering signatures. The petition drive was not easy, says Medina, due in part to the city’s strange, spidery layout that rivals some of the weirdest gerrymandered congressional districts. Several parts of the city are almost completely cut off by unincorporated county land. Because of that, the petitioners found that many local residents didn’t know for sure whether they lived inside the city limits.

To ensure they had enough valid signatures from city voters, the team set a goal of gathering 5,000 signatures, nearly three times the 1,800 required to qualify the measure for the ballot. Five thousand may not sound like a huge number, but getting nearly a quarter of the city’s population to sign a controversial petition in the summer heat was no small task for a crew of just a half dozen volunteers. Some days, Medina would close the shop and take his two employees out to collect signatures outside the local Walmart or at a busy intersection where drivers could easily pull over and sign.

By early July, about a month before the deadline to turn in their petitions to election officials, they were still short. So they went door-to-door in neighborhoods that had been the most supportive of legalization in the 2014 and 2016 votes. By early August, they reached their goal and qualified the measure for the November ballot. The campaign was on.

Their opposition was fierce. The city fathers—including politicians, religious leaders, the local newspaper, and the business community—were united against the measure. Even the CEO of the local hospital, who Medina says never takes a position in local elections, came out publicly against the initiative.

Learning from the mistakes of their predecessors in the failed 2016 county initiative, the Klamath Strong team worked hard to maintain a calm, reasonable tone in all their campaign messaging. In letters to the newspaper, presentations to local groups, and media interviews, Medina always remained respectful and calm, sticking to his personal story and the facts—e.g. that adult use was already legal in Oregon, and the ban was only hurting local business and depriving the city of tax revenue.

By contrast, this time it was the anti-pot camp who came across as shrill and combative. They formed a PAC that spent at least $23,000 on lawn signs, billboards, and TV and radio spots. (Medina estimates the real figure is north of $60,000.) “They even put a seven-page insert in the Sunday paper.”

“It was as close to Reefer Madness as you can get in modern times,” Medina scoffs. “Honestly, I think it helped us more than it helped them, because most folks realize that stuff isn’t true anymore. So I think they kind of shot themselves in the foot.”

This time, apparently, the voters of Klamath Falls agreed, voting once again 55% in favor of overturning the city’s ban. In February 2019, the local ban was officially repealed, allowing Medina and others to finally apply for adult-use licences from the OLCC.

Legalization: A process, not an end

Today, there are five adult-use retail stores in Klamath Falls. Medina says business is strong, and he welcomes the competition. He’s even getting ready to move A Better Way into a larger space.

Still, Medina is just happy to be in business at all. By late 2018, there were no wholesale suppliers of medical cannabis products left in Oregon, making his medical dispensary license all but worthless. If the 2018 initiative hadn’t passed, he says, he’d be out of business.

More than two years into the legal regime, the politics around legalization in Klamath Falls have changed for good. For example, the owner of two of the city’s other dispensaries is a conservative Republican. But Medina realizes that legalization isn’t just an end goal, it’s an ongoing process. After the repeal, the city council initially tried to pack the cannabis advisory board with law enforcement and health officials opposed to legalization, and severely restricted where retail licensees could locate within the city (mainly keeping them as far away from the historic city center as possible).

Medina now sits on that advisory board, and says there is still a lot of work to be done on the local policy front. He’d like, for instance, to see the restrictions on retail locations scaled back, and home delivery allowed.

His dream, if he had the money, would be to sue the State of Oregon to invalidate the opt-out provision from state law altogether. “It’s a clear violation of the Oregon constitution.” But that may have to be someone else’s fight. 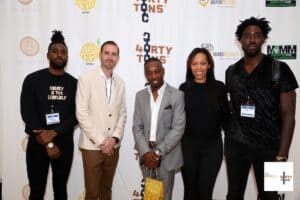