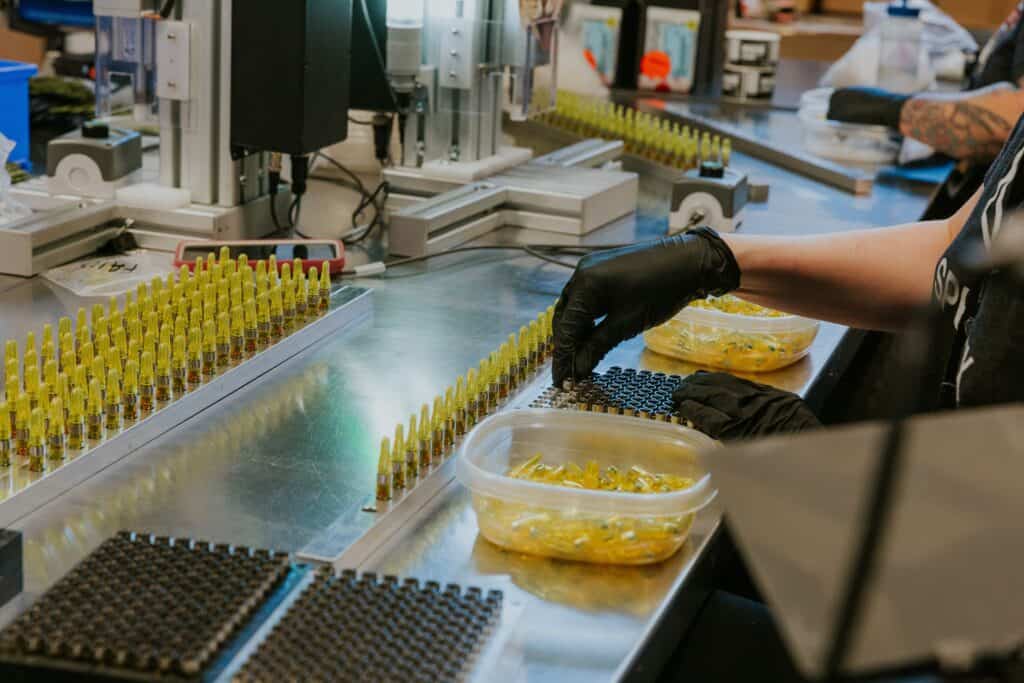 Expanding into Canada is a mouth-watering prospect for US-based brands. Who could resist entering the world’s only nationwide legal adult-use cannabis market, with over 30 million potential consumers, legal banking, national distribution, and IPOs? But making the leap north of the border is not for the faint of heart (nor the shallow of pocket).

Of the bold few who have expanded north, most either belong to or are partnered with publicly-traded conglomerates like Canopy and Aurora Cannabis, with the resources to experiment and navigate Canada’s gnarly regulatory and tax environment.

According to one company that has crossed the border, the key to success is a familiar refrain to anyone who knows cannabis: G-L-A-S-S (go low and start slow). That’s not just good advice for new cannabis users. It’s also an important strategy to successfully expand your brand into any new cannabis market, whether it’s a new state or a new country, according to Jacob Gurley, national sales director at SPHEREX.

Gurley joined the Denver-based vape cartridge manufacturer two years ago to lead its expansion into Oklahoma. He is now heading the company’s charge into Canada.

SPHEREX began seriously considering the Canadian market in Q4 of 2019, when Health Canada legalized so-called “Cannabis 2.0” products—i.e. anything containing distillates, like edibles, oils, and vape cartridges. Rather than rush in, they decided to take a slow, measured approach.

Drawing on their experience entering California and Oklahoma, the SPHEREX team knew that strong local partnerships with companies inside Canada would be critical. They found a key partner in Motif Labs, a licensed producer in London, Ontario. Motif CEO Mario Naric and SPHEREX founder Nicolo Aieta already knew each other through industry circles. Naric tapped Aieta for advice on how to tool up Motif’s facility for Cannabis 2.0 production.

“They were looking for Nicolo’s expertise on what machinery to install and how to operate it,” Gurley recalls. Aieta lent a hand in that, teaching Motif the finer points of CO2 extraction. And by the fall of 2020, they had formed a partnership with the producer.

With that production deal secured, SPHEREX finally rolled out its first few products in British Columbia in March of 2021, starting small with a mix of Pax Pods and standard 510 vape cartridges in 0.5g quantities. SPHEREX was the first American brand to offer Pax Pods in Canada.

Six months in, SPHEREX is now selling 14 different SKUs (half Pax Pods, half 510 cartridges) in six Canadian provinces and expects to be in every province and territory soon.

We checked in with Gurley to see how it’s going, and what lessons he has learned that might help others who are looking northward.

Key challenges of launching in the Canadian market

In many ways, launching the SPHEREX brand in Canada was a lot like entering a new state here in the US, with licensing deals, local sourcing requirements, and a whole new set of tax and compliance issues to learn. But Canada posed a few special challenges and opportunities:

Similar to how some US states control the wholesale liquor business, in Canada each provincial government has a cannabis board that acts as a middleman, buying products wholesale, then selling them on to the retailers, often at a steep markup. That means you’re effectively dealing with just one buyer in each province. (The one exception is Manitoba, where SPHEREX is allowed to ship product directly to retailers.)

That centralized wholesale structure is both a plus and a minus, Gurley says, “because if you get in, you’re in. But if you’re not in, you know, if there’s one decision-maker in British Columbia who says ‘No. We’re not interested,’ then that doesn’t just block you out of one store, it literally blocks you out of every store in that province.”

Gurley, who is based in Denver, hasn’t been able to walk into Canadian dispensaries to educate budtenders and get direct feedback, which has been a huge source of frustration. Of course, the COVID lockdowns affected dispensaries in the US as well. But due to Canada’s much slower vaccine rollout, most dispensaries there weren’t able to reopen their doors until June. Frustrating as that was, the COVID lockdown actually helped level the playing field, making physical distance less important. “It’s actually been one of the biggest opportunities,” Gurley says, “because COVID has forced everyone online, even those who are on the ground in Canada.”

Price compression has been a huge issue, Gurley laments. As more Cannabis 2.0 products have come to market, lower-cost items have shown they have the highest sales velocity. That has led some brands to cut prices, touching off a race to the bottom across the board. To counteract that and prevent prices from collapsing, he notes that some provinces are starting to consider imposing price floors for certain products.

It may sound hard to believe, but Canada’s rules around marketing imagery and messaging are far more restrictive than in the US. Gurley ticks off a few favorites: “No people in your images. No consumption in your images. You can’t post them on social media. All the way down to details like you can’t have your logo in a repeat pattern in the background on your product sheets.”

Another issue is packaging. Quebec is the only province that has not yet allowed recreational cannabis. Despite that, SPHEREX has had to translate all of its packaging into French, because Canada is officially bilingual.

And the rule Gurley hates most: no giving out product samples. “Standard procedure is to have the person we’re trying to have purchase our products try them first, right? In Canada you can’t do that. There are workarounds. Like, you can have them buy it at a different store. But that’s not scalable.”

Because of the difficulty interacting directly with Canadian budtenders, SPHEREX has focused its marketing heavily on providing educational resources for retail staff, ranging from online modules about CO2 extraction to printed sheets with “budtender talking points” they can use as a reference when speaking with customers.

Canada’s maze of federal and provincial taxes has been one of the biggest internal learning curves for SPHEREX. Gurley has a spreadsheet with a different price calculator for each province.

To demonstrate, he reads off the line items in the Alberta calculator: “Sale price to the Board. Freight. Cannabis duty. Additional cannabis duty. And excise stamp per cartridge. You subtotal that. And then some provinces have an adjustment on that duty. There’s a Health Canada tax on the wholesale. You sum that, and then a couple of provinces have additional fees, or ‘social responsibility taxes’.”

Gurley’s just getting warmed up. “So you have your unit cost. And then your ‘wholesale markup’—anywhere from 0% to a 50% increase. That’s the government taking your price and then increasing that 50% for the retailers to purchase from them. And then, some provinces literally set their own retail margin, which ranges between 30% to 45%.”

“So kinda wacky,” he laughs.

Not surprisingly, that dizzying array of taxes and fees is hard to keep track of. “We’ve had screw-ups where calculators have been off, or we haven’t updated formulas,” Gurley recalls. “We sold to one province thinking it was X price. We sell it to the government, and then it shows up on the retail site at, like, 35% higher, and [the retailers] are like ‘What the hell is going on? You told us we could buy it at this amount.’”

Ultimate takeaway on expanding into Canada

Despite all of the hard lessons Gurley has learned introducing SPHEREX to our northern neighbors, he’s still bullish on the Canadian market.

Canada’s numbers are strong. According to BDS Analytics, in its first year, the Cannabis 2.0 category drove a major portion of the industry’s growth, accounting for nearly 18% of the US $2.6 billion in annual sales for 2020.

Gurley’s number one piece of advice? Do your homework.

“Figure out those calculators before you even start dreaming about how Canada could unfold for your brand. Figure out how dynamic it is from province to province. Get a good understanding of what it’s going to cost for you to produce, and what the average retail prices are. Then make a decision if your operating margins fall within those parameters.”

And as always: go low and start slow. 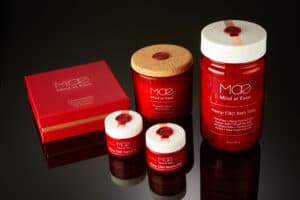 The luxury lifestyle trend: 5 brands that are pushing the envelope 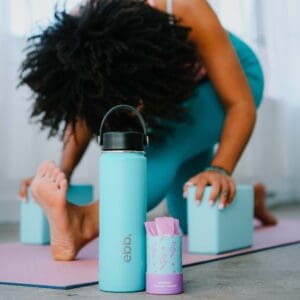 The wellness trend: A look at some of the new products that target the canna-curious yoga set 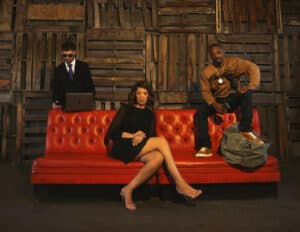 PrevPreviousSixty Four & Hope is ushering in a new and more progressive era for L.A.’s retail market
NextGrowGeneration announces plan to develop an accelerator program for social equity and micro licensesNext