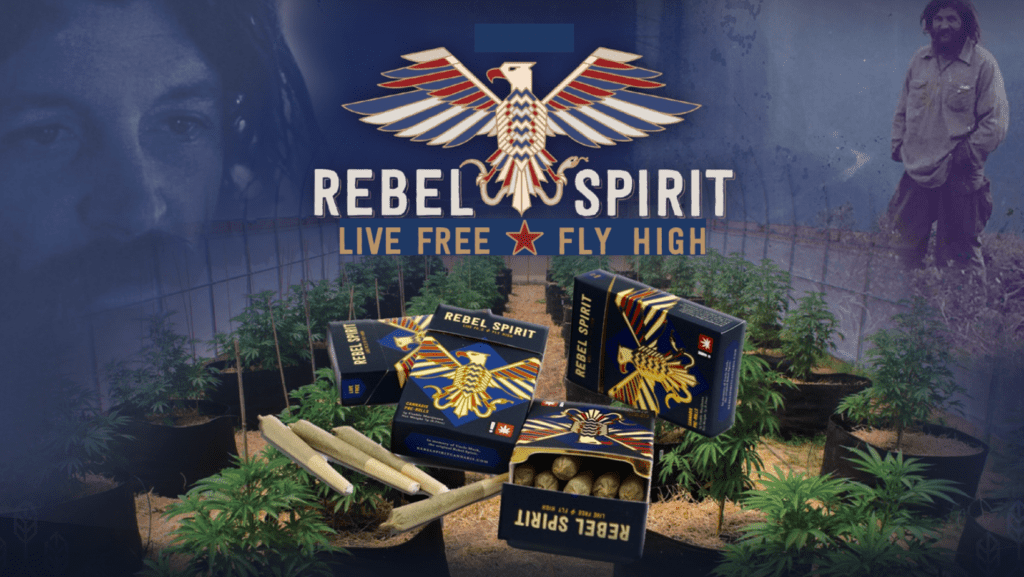 When Rebel Spirit CEO Diane Downey presented her Oregon-based company at the MJ Unpacked Money Stage, she displayed the cool demeanor and strategic business plan of a seasoned executive. Listening to Downey, it was obvious that the signature combination of organic cannabis, bold messaging, and market pragmatism makes Rebel Spirit a dream brand for investors. Satori Investment Partners, who recently made a significant investment in the company, can attest to this. That Downey so clearly excels in the role of CEO of a fast-growing cannabis company belies the fact that only a few years ago she was decades into a career as an English teacher, with no idea what she and her husband would soon be getting themselves into.

Rebel Spirit emerged from the early days of Oregon’s recreational cannabis market. Downey and her husband Christopher Bechler had plenty of friends involved with medical cultivation, but it didn’t seem worth the bureaucratic headache. But cannabis started looking more appealing once recreation became an option. “One night we were shooting the breeze around the table with our friends,” says Downey, “and we said, hey we could do it!” Without quite grasping the magnitude of the undertaking, they jumped in feet first.

The name Rebel Spirit was inspired by her close family friend Mark Ingraham, an OG cannabis grower in the grand tradition of the 1970s back-to-the-land movement, whose legacy is still visible in distinctive countercultural enclaves of rural Western Oregon. Growing cannabis then was a way to pursue a life based on a different set of values than those of mainstream America; cannabis was a cash crop whose risk was offset by the promise of freedom from the burdens of consumerism and the daily grind. “Uncle Mark was very much a back-to-the-lander,” says Downey. “He lived in the woods in super remote places, and lived the way he wanted to.”

He fell in love with the Pacific Northwest in Oregon, and then moved with friends to Washington State, growing cannabis in between rows of corn. But in 1992, Ingraham was arrested in one of Washington’s largest outdoor busts. He was sentenced to ten years in prison after refusing to give up the names of his partners, and he died halfway through the sentence. For Downey and Bechler, it was essential that they grow cannabis in a way that would make him proud. “His ethic is infused in everything we do,” says Downey, who knows that so much as even thinking about giving up organic growing would be to risk a serious haunting.

To honor Mark, they set out to grow pesticide-free cannabis in living soil and a business with a serious commitment to sustainability. With Bechler’s background in restaurant management and owning a construction company, they figured he would take the lead.

“My impression was that it was going to be my husband’s deal,” Downey says. “I didn’t have a huge desire to be a pot queen.”

Initially, she was happy to leave the burgeoning business in his capable hands—Downey notes with fondness and pride that Bechler built all the structures on the farm, and is a deft problem solver for crises both large and small.  But competition in Oregon’s industry proved stiffer than they had expected. Having mortgaged their house to buy the farm, Downey saw that it might be time to add herself into the mix. “We both had skin in the game,” she says. “I’m the one who’s always done the finances, and thought I better get involved.”

Since the company wasn’t yet in a position to be paying a CEO salary, Downey took the job while continuing to teach at the same time. “My workload was crushing,” she says, “but we couldn’t afford not to have my salary coming in.” As difficult as it was to sustain two full-time jobs, she was pleasantly surprised to see how much of her teaching experience transferred to the business world. “I had a lot of experience bringing a team along—setting team goals and holding people accountable—I’m not shy being a leader,” says Downey. Her leadership skills, complemented by Bechler’s creative and practical skill sets, began to pay off. In 2020, the company could finally afford to pay her full time.

After years of producing craft flower on pinched pennies, Rebel Spirit finally caught the eye of the right investor, and Satori Investment Partners brought them into their brand portfolio.

According to Downey, the feeling is mutual. “We’re a super good match,” she says, remembering how well they all hit it off when they met after MJ Unpacked. “We didn’t want just money. I’ve been operating at the outer edges of my business experience, and so it’s great to have them in our corner to ask them for advice.” After years of living lean, Downey is confident that the investment won’t turn her frivolous. “We bootstrapped our way up—we haven’t had any investor money to waste. Now that there’s money, it’s about spending it responsibly.” At the top of the list is purchasing automation machines to increase production of their award-winning pre-rolls—and spare their employees’ wrists a future plagued with carpal tunnel.

But expansion hasn’t changed the mission at Uncle Mark’s farm, where all the employees get their weekly vegetables from an enormous organic garden—along with fresh eggs laid by Rebel Spirit chickens. Rebel Spirit has also chosen to partner with Last Prisoner Project, to make sure that those who share Mark’s fate aren’t left behind by the industry they built. And while Ingraham may never see the gains in the industry himself, the company he inspired is doing what it can to put his rebel spirit to rest. “I’ve really enjoyed bringing him back to life,” says Downey. “Dying in prison is a pretty ignominious end—nobody wants to be remembered that way. We’re really proud as a company to give him a different ending.” 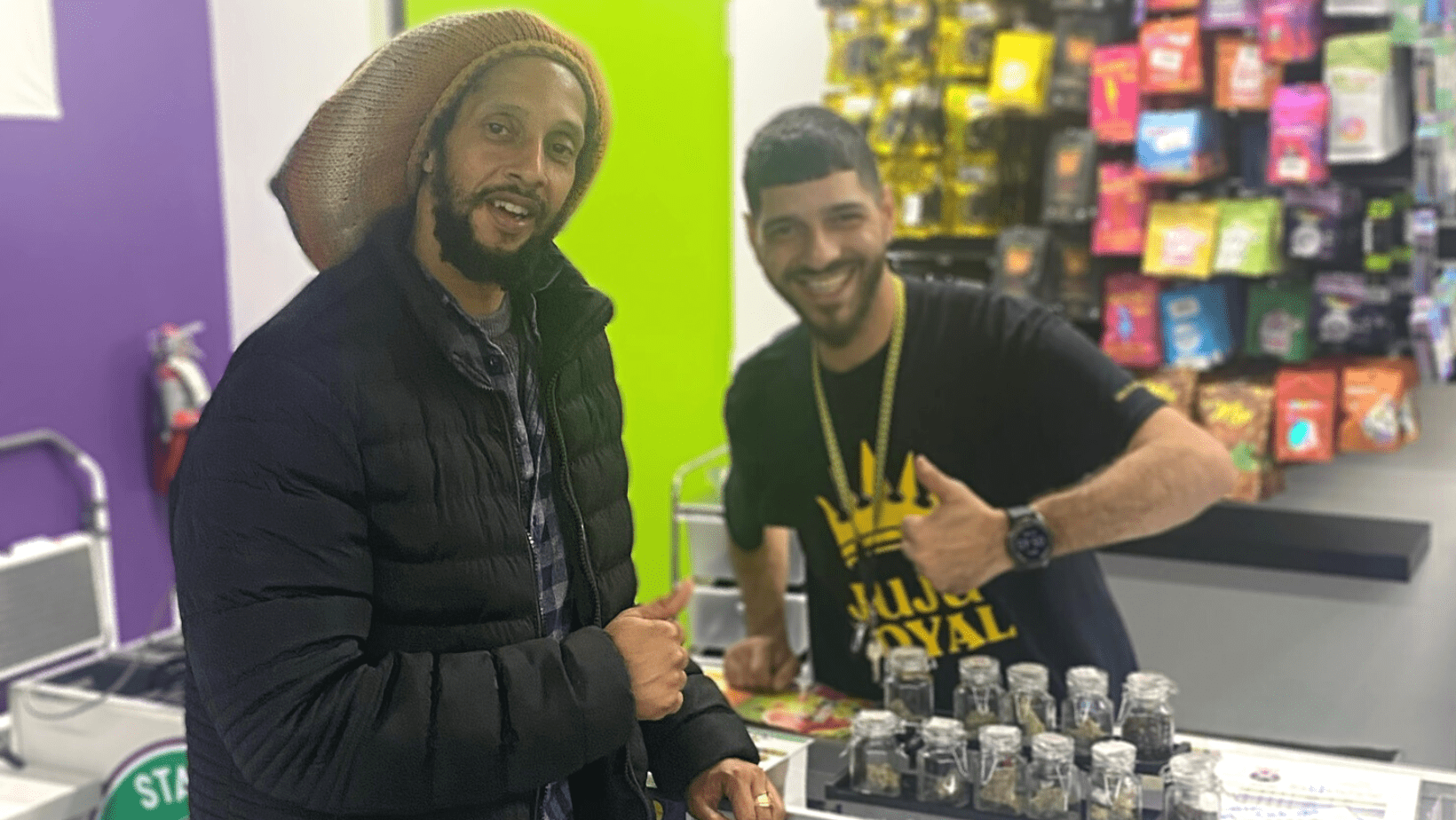