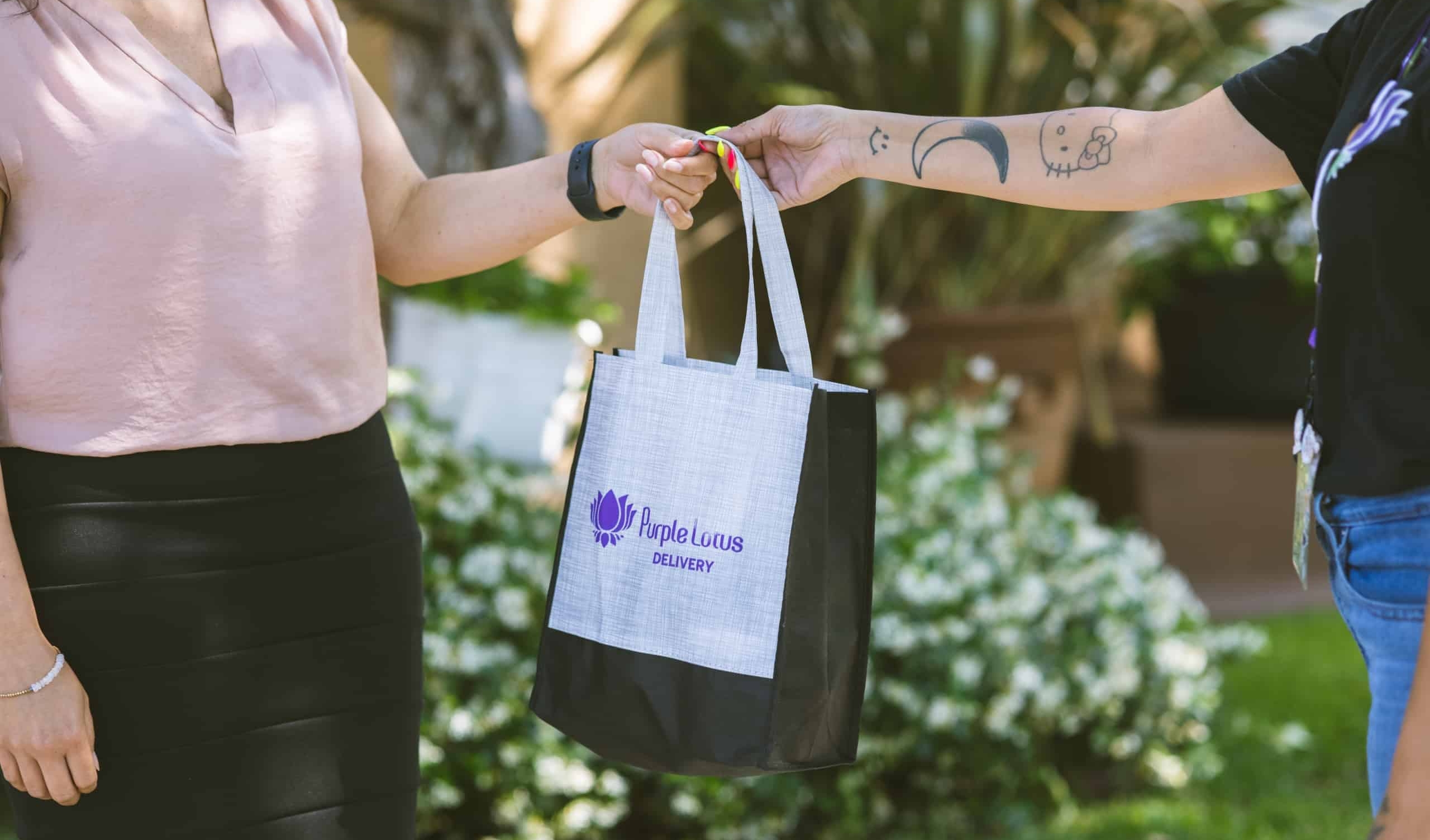 These days, many Californians have come to see the state’s proliferation of dispensaries as old hat. After all, when discreetly tucked into strip malls alongside nail salons and laundromats, little distinguishes them from any other store. But when dispensaries wear their cannabis-loving hearts on their sleeve, they offer customers an experience that transcends transactional retail. Purple Lotus, a cultural hub of cannabis and a superstore of dank, does just that. From their San Jose storefront, Purple Lotus founder Matt Krishnamachari is out to prove that the key to a thriving business is to create a weed smoker’s paradise.

Becoming a cannabis impresario was beyond Krishnamachari’s wildest imaginings while he was growing up in Texas. During the first flush of his love affair with the plant, his focus was mostly on not getting caught. “In the ‘80s and ‘90s, you really could go to jail for having a small speck of cannabis in your car,” he says. He pursued other business interests such as steel manufacturing and finance, where he was working when the market crashed in 2010. “It was a really big hit for myself and my family—my wife had just given birth to my daughter,”  he says.

Krishnamachari had already been in California for a few years and had a medical card. He got to thinking about the dispensaries he frequented, and how he might improve them if he were the one running things. “In these dispensaries, of course I felt like I was in heaven, but I saw what was missing was any type of customer service,” he says, remembering how off-putting they seemed to his wife when she went in looking to treat her autoimmune disorder. “She would say, you know, the product is working for me, but boy is that not a good experience,” says Krishnamachari. “It was just not a welcoming environment.”

With only about $10,000 in investments to back him up, he set out to show that there was another way. Back then they had to start small—Bay Area real estate prices don’t leave much margin for error. So they leased a tiny spot in a medical building in San Jose and put together a modest selection of locally-grown flower. “We started up the dispensary with just two pounds of marijuana,” says Krishnamachari. “We had four jars on a little card table.”

They were evicted in short order when their neighbors complained, a scenario that repeated through their early years in business.

“We opened up one shop that stayed open for twelve hours before it was shut down by the city,” Krishnamchari recalls.  But they were undeterred. Even when their retail space was small, they built a reputation for meeting the needs of every customer, and continued growing the business inch by inch. When they finally found their current luxuriously large location a couple miles from downtown San Jose, they were ready to fill it.

Now, the 13,000-foot facility boasts eight cashiers, and seemingly endless quantities of cannabis products are on display along plum-colored walls. “We see about 1,000 customers a day coming through,” Krishnamachari says. About a quarter of the business comes from people picking up pre-orders, but he stresses that those seeking personal advice are encouraged to approach one of the eight cashiers working at any given moment.

Since commitment to customer service was foundational to his initial vision, I asked how he’s managed to stay true to that ethic as Purple Lotus grows. “Everybody in our organization knows that all of our jobs are to ensure that the customer has a great experience—that’s the number one focus,” he explains. “As long as that’s at the front of everybody’s mind, that’s how we keep that culture in place.”

But Krishnamachari is clear that the customer experience does not come at the expense of the employees. On the contrary, he believes that strong relationships with customers are the result of a healthy, respected workforce. “It starts with truly caring for your team,” he says. “I want anyone who’s been a member of our team to leave here better–professionally and personally. Whatever they go on to next, I want for them to always think of this as an opportunity that benefited them.”

As a consequence, working at Purple Lotus sounds pretty ideal. Employees are encouraged to take mental health days, and a group of workers from all rungs of the company ladder get together every week to play basketball.  The team gets weekly goodie bags, and once a month  they gather together in person for a smoking session to try out new products and make sure their standbys are still up to snuff.

“We get good feedback on the products and everybody gets a chance to hang out, which has really been team building,” Krishnamachari explains. In other words, employees live the stoner dream of getting paid to smoke weed while the store benefits from their expertise.

Their attention to detail has resulted in an impressive inventory. Each one of their products is of quality, though there’s plenty of variation in price points. As Krishnamachari puts it, “We pride ourselves on having the best quality cannabis for every budget.” He mentions the exceptional organically grown flower from the brand Astro, which sells for only $29.99 an eighth, and makes a point of carrying both the high end and more accessible products from Emerald Cup winners Kalya Extracts. “We’re seeing a lot of products which don’t cost an arm and a leg,” he says.

Though Purple Lotus will always be a dispensary first and foremost, their forays into onsite cultivating have yielded rewards—though not without a learning curve. “It’s not as easy as it looks in the end, especially because we’re a retailer and that’s where our blood is–in retailing,” Krishnamachari admits. “But now that we’ve nailed it this year, it gives us a bit more control over the supply chain to ensure the quality.” They can tinker with the packaging for Blue Chip and Bay Life, their in-house brands, to fill in gaps left by other brands. “There’s not too many quarter packages and half ounce packages out there, so by packing our own products we have that flexibility,” he says.

Bolstered by all this good business sense, Purple Lotus is set to continue expanding with a brand new Oakland delivery hub and a plan to open another San Jose location. While business may be booming, Krishnamachari is just as proud of the value system the Purple Lotus team has cultivated. “We believe in what we’re doing—we have a chance to create a social and moral legacy right here,” he says. “The vision is bigger than profit.” 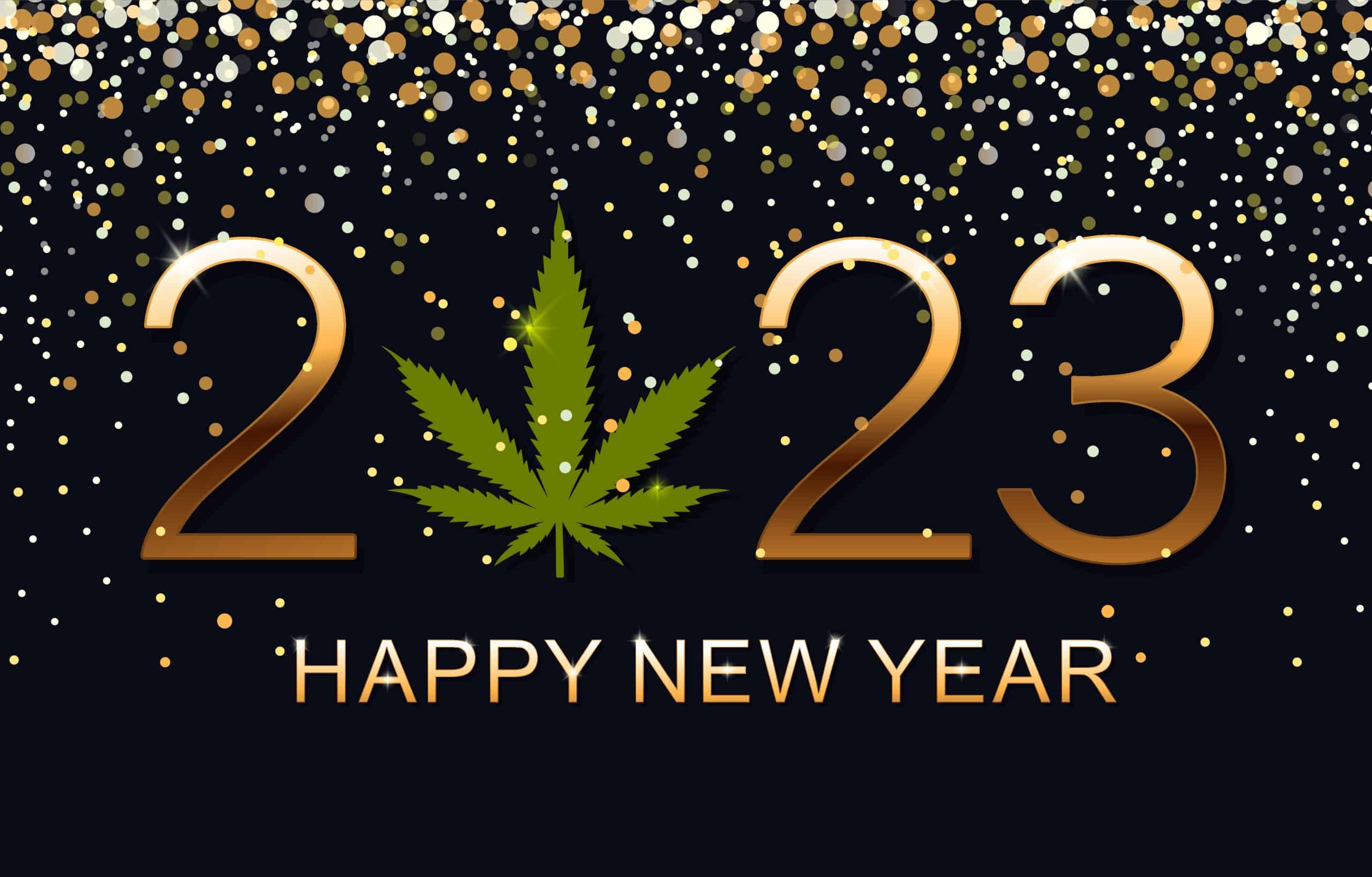 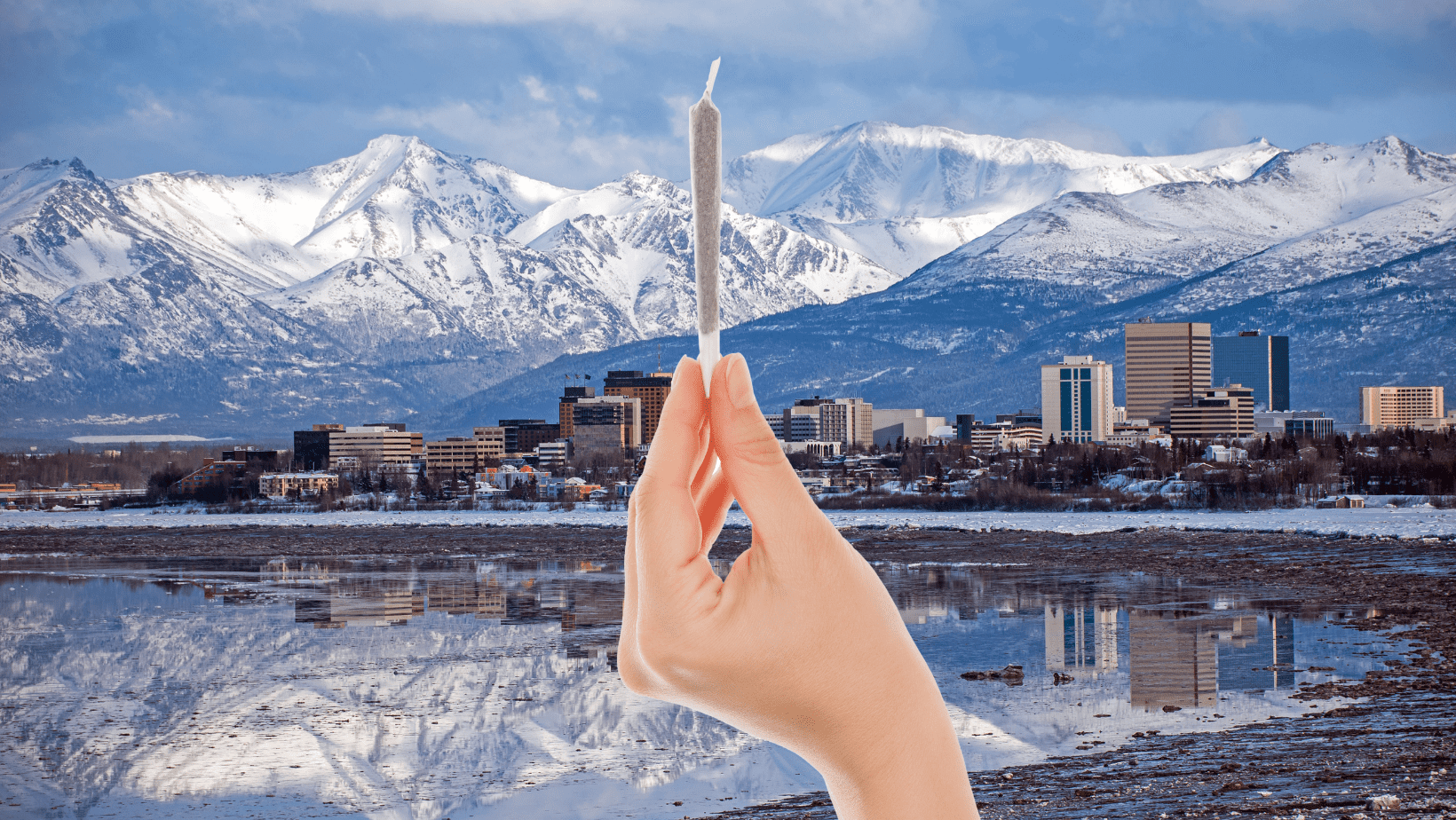 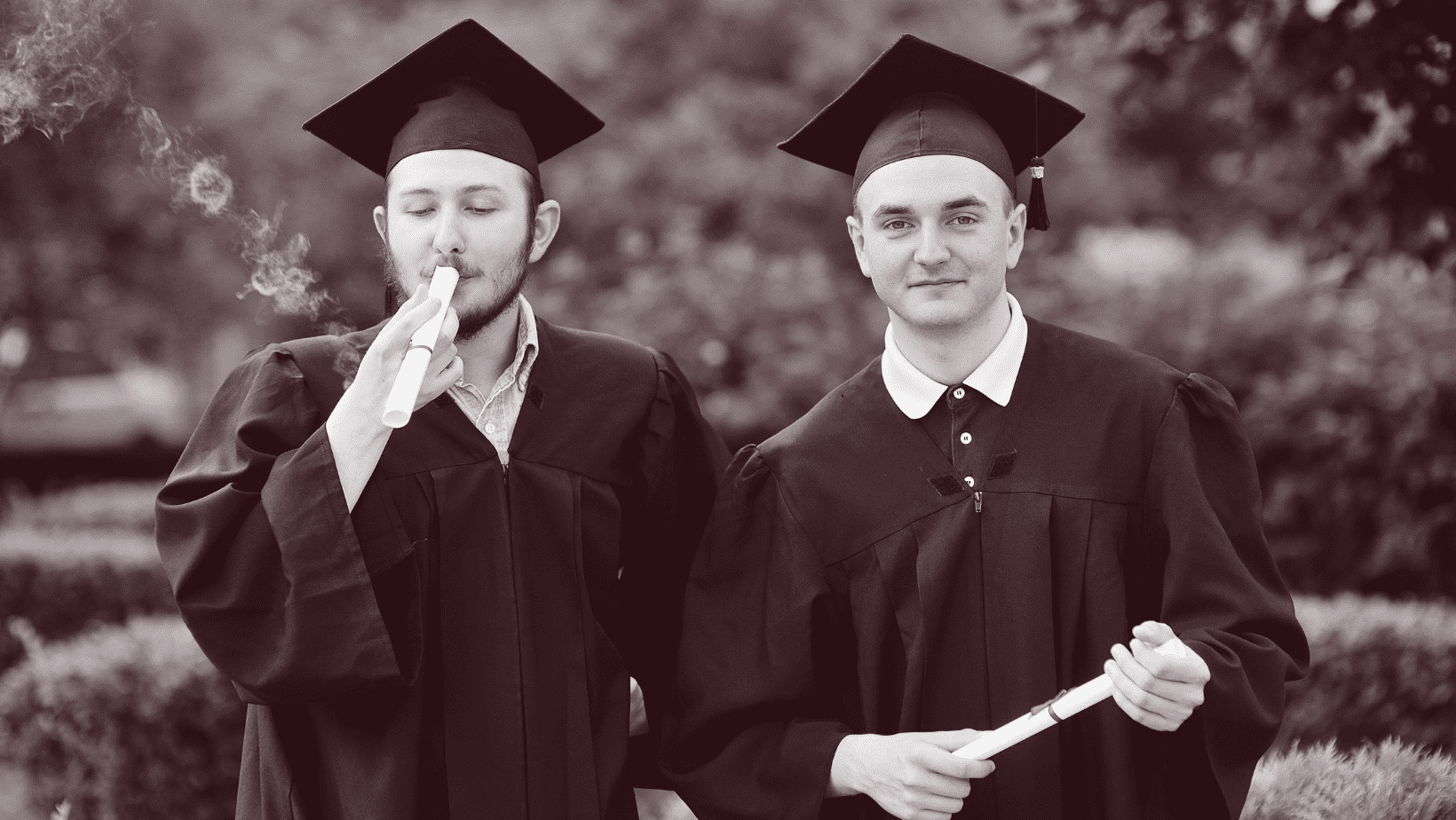