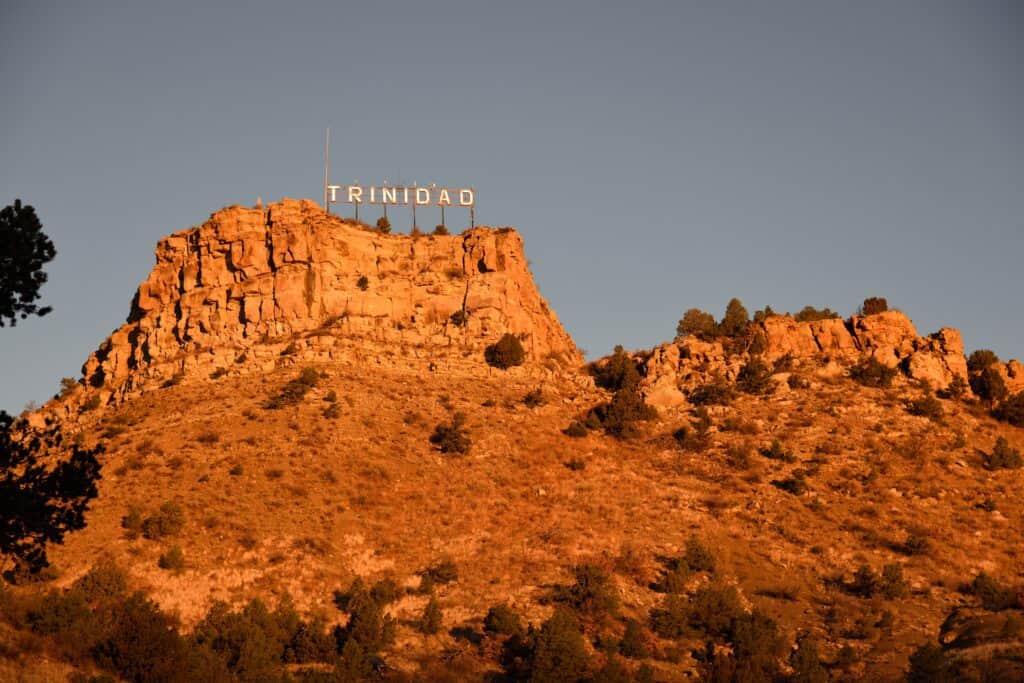 Trouble in Trinidad: What happens to border boomtowns when neighboring states legalize?

Trinidad, Colorado, or “Weed Town, USA,” as High Times calls it, is no stranger to the boom and bust economy. Located just over the border from New Mexico, the town has been a target for the extractive industry since coal was discovered nearby in 1862, followed by oil and gas in the 20th century. When these industries were flush, the town flourished. But when the industrial well went dry, so did the town coffers, and the population dwindled.

Trinidad’s luck turned in 2012, when Colorado legalized recreational cannabis. Suddenly, the state was a green oasis in Middle America’s anti-cannabis desert, and the relatively short drive from New Mexico, Texas, Oklahoma, and Kansas made the border town a natural destination for cannabis lovers. Soon Trinidad had more dispensaries per capita than anywhere in Colorado–26 stores serving just 9,000 residents and a steady flow of tourists. But now that New Mexico has legalized adult use, residents worry that the town’s economy is about to go bust again.

For grower Wesley Lavong, the lines snaking out the door in newly minted New Mexico dispensaries don’t signal the immediate demise of Trinidad’s dispensaries, though there’s no denying change is coming. “Trinidad will still have a good enough market for the next five years or more,” he says. “There’s just not that much product in New Mexico to compete with Colorado or Oklahoma.”

But that doesn’t mean he’s putting all his eggs in Trinidad’s basket; newly legal states offer too many investment opportunities to stay put. “Oklahoma is a new market,” says Lavong, whose Oklahoma farm is only a few hours’ drive from his Trinidad headquarters. But in terms of bureaucratic red tape, it’s a world away. “I was able to get a building in the middle of nowhere with no permit,” he says. “To get things set up, the build out, was all way easier in Oklahoma.”

For Lavong, expanding into new states is just the logical next step. “I invested in a few licenses in New Mexico as well,” he says. “The people who get in early are the ones who are going to make the most money.”

For Trinidad dispensary owner and grower Jack Brisbin, changes in the border town economy are all part of what he calls “the marijuana roller coaster.” He got into the cannabis industry when his family bought a family farm in southern Colorado. Soon it became clear that growing alone wouldn’t cut it. “The wholesale market is really difficult,” he says.  He decided to go for vertical integration, and opened Elevate 6010  in Weed Town, U.S.A.

But now that Colorado is no longer the green island it once was, he suspects the roller coaster is on its way down. “As other states legalize there’s not as much reason for visitors to come to Colorado for the novelty,” he says, “which removes that tourism factor that Trinidad really thrives on.” Brisbin suspects that less than 10 of the town’s 26 dispensaries will survive the border economy bust. But he intends to be one of them. Elevate 6010 may be one in a crowd, but their relationship to the community sets them apart from many of their competitors, which are corporate outfits based in Denver.

“We spend a lot of money, time, and effort making sure that we take care of locals,” says Brisbin. “We’re one of the ones locals like to go to. We donate a lot of money to local programs, the fire department, and are involved in a comedy festival that’s big in Trinidad—we want to increase other types of tourism.”

Kimberley Schultz, whose dispensary Higher Calling U was the first in town, agrees that betting on Trinidad is still the right move, in spite of changes across the border. In fact, Schultz has been betting on Trinidad since well before the green rush made it a viable place to earn a living. “Our economy was pretty volatile before marijuana came to town,” she says. “We were just hanging on to our rear ends to figure out what was next.” Though she grew up in New Mexico, Schultz moved to Trinidad to work for the Chamber of Commerce, where she was on the front lines of the battle against the town’s attrition rate. “I was representing us at the county and state level, saying, how do we keep our kids in Colorado? How do we get out of debt? How do we bring agriculture back?” Many residents resisted the idea of welcoming the cannabis economy. But as a cannabis enthusiast, Schultz knew the plant had answers to all these questions.

That said, she was still surprised by the extent of its impact, something she has seen firsthand as a dispensary owner. “The organic growth of this industry has been amazing. It’s truly monumental for us and for our customers—we’ve been able to help a whole lot of people,” she says, and is particularly relieved at the way cannabis has been able to motivate the next generation to stay in town. “We have a bunch of kiddos working for us that would probably not be here otherwise,” she says.

Schultz expresses excitement over legalization in her home state, both for New Mexico residents in need of relief and for potential business opportunities it might bring. “We’re commercial growers now,” she says, “and it would be amazing to sell flower over state lines, especially since New Mexico will be struggling to get product.”  And when it comes to Trinidad’s retail industry, Schultz feels that mom and pop dispensaries don’t have much to worry about. She thinks the town’s corporate retailers may reevaluate as tourism dwindles but says she’s in it for the long haul.   “It’s why we’ve created our craft boutique flower as our model for sustainability,” she says.  “We have friends from all over the world who are loyal to our store.”

To her thinking, the cannabis economy has less in common with the coal and oil boom and bust cycles than people fear. It has brought needed tax revenue to town infrastructure and state parks and attracted a business community that isn’t going anywhere. “Trinidad is a beautiful town, a really kickass place,” she says. Changes across the border are a good reminder of the cost of overreliance on cannabis, as well as possible progression in the existing cannabis economy. “Diversifying the economy is what’s going to make the difference—more restaurants, more venues, but we also need to take it a step further and ensure people have a place where they are allowed to safely consume.” She is currently advocating to get social consumption venues off the ground, which would be a way to keep cannabis tourism revenue in Trinidad while keeping their visitors safe.

Economic boom and bust cycles are notoriously hard to break, but as Trinidad’s most committed residents show, it’s all about perspective. For them, cannabis is not an all-or-nothing proposition. If growing cannabis comes with creative thinking and a commitment to quality and community, there’s no reason it can’t be a sustainable resource for many years to come.

PrevPrevious6 cannabis beverages that stand out from the pack
NextWhat does 4/20 mean to me? A prisoner speaks outNext