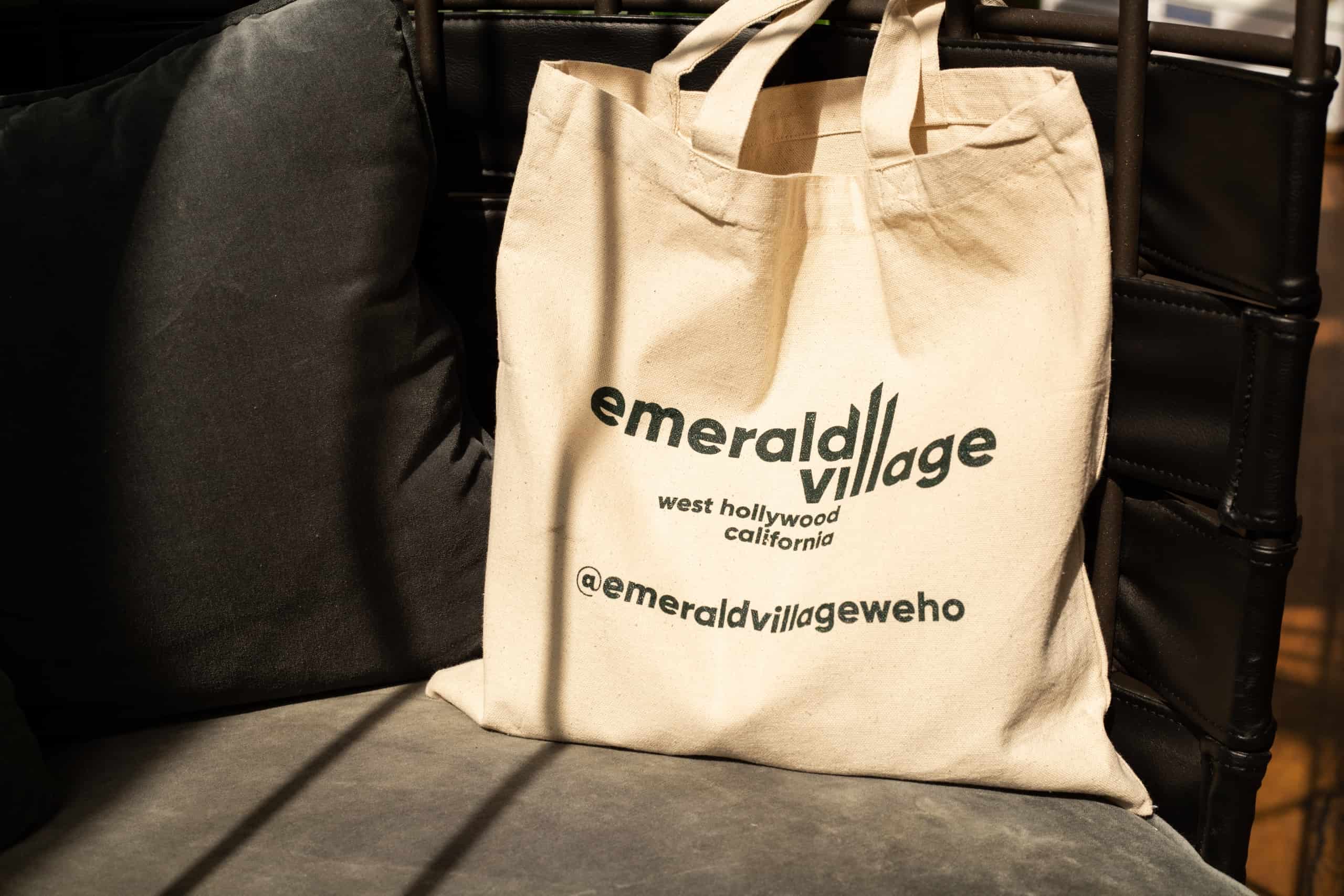 Wedged between Hollywood and Beverly Hills, the city of West Hollywood grew into a world-class tourist destination because of its proximity to those hubs of extreme wealth and celebrity culture. Movers and shakers, locals and tourists, wealthy and homeless – all make their way down the Sunset Strip, Santa Monica Boulevard, and Melrose Avenue, streets made famous in songs, TV, and movies.

“WeHo” has been known for its nightlife going back to the 1920s. The local hotels, nightclubs and restaurants are rockstars in their own right, and include Chateau Marmont, The Whisky-a-Go-Go, The Roxy, The Comedy Store (formerly Ciro’s nightclub), The Troubadour, and The Viper Room, to name a few. In Santa Monica Boulevard’s LGBTQ district, nightclub venues Mickey’s and The Abbey have presided over many a Pride Parade weekend and annual Halloween Carnival – events that drew hundreds of thousands of visitors before the pandemic.

More recently, newly constructed luxury high-rise hotels like The Pendry and Edition have popped up on the Sunset Strip, and at least three more luxury mixed-use projects are scheduled to open soon. So it’s safe to say that as the travel industry emerges from two years of global pandemic restrictions, West Hollywood is placing a big bet on its status as an international tourist destination. And – with 16 cannabis consumption lounges slated to roll out over the next two years – weed tourism is going to be a big part of that.

“For more than a hundred years West Hollywood has been where Los Angeles comes to play,” said Scott Schmidt, executive director of cannabis marketing organization Emerald Village. “You know, we have the Sunset Strip with the live music venues. We’ve got the Rainbow District – and cannabis and the Emerald Village is one more thing that makes West Hollywood a great, amazing, fun destination.”

Established in 2021, Emerald Village has been officially sanctioned by the City of West Hollywood as a cannabis “chamber of commerce” of sorts to promote local retailers and lounges, but also to help create tourist and community-friendly policies for local events, retail sales, and public consumption.

Schmidt notes that West Hollywood has a lot of wonderful hotels, but it’s still illegal for people to smoke in their rooms. He sees the 16 pending consumption lounges as the perfect solution. “Visitors can enjoy cannabis in a place that’s safe and be respectful of the neighbors and the others around them,” he said.

The framework set down in West Hollywood for public cannabis consumption could become a template for other US cities that will become cannabis tourism destinations.

“You’re going to have a wide range of experiences in part because there’s two license types,” Schmidt explained. “One allows smoking and vaping across the entire space. The other license type requires at least half of the space be set aside for non-combustible consumption… So, some places are doing some really creative ideas on how to incorporate different experiences into cannabis consumption that don’t involve smoking or vaping. You might have some wellness centers where you can do yoga or get an infused massage.”

Currently, the only operating consumption facility in WeHo is at The Artist Tree, which opened as a dispensary and interactive art gallery in 2019. A recent expansion has added an upstairs studio space, an outdoor patio area overlooking Santa Monica Boulevard, and a consumption lounge. Guests can make reservations for The Artist Tree events or book reservations for special personal events like birthdays. A catering menu is available from local restaurant partners.

The expansion had a soft opening a few days before April 20, and already features a regular roster of events, including comedy nights, yoga sessions, and drag queen brunches.

“Our whole mission is to promote local artists – and, at the core of our business is promoting the connection between art and cannabis and highlighting that in our stores,” said co-founder Lauren Fontein. “So, we want people to come in and really enjoy the artwork that’s on the walls and that’s a big part of our business. We work with a huge network of local artists. We don’t take any kind of commission. If people come and buy art, they’re just buying it from the artists.”

Because it’s West Hollywood, celebrity buzz is never far off. For years, it’s been rumored that actor Woody Harrelson was planning on opening a consumption lounge. Plans were slowed by the pandemic, but then Harrelson spent time in Hawaii with business partner Devon “Samba” Wheeler, the founder of Erba Markets, a California cannabis retail chain with locations in Venice, Lompoc, and Los Angeles. During their island retreat, they nailed down the details for The Woods, which will host a soft opening on May 10th, followed by a grand opening event on May 13th  – in plenty of time for the summer season.

The Woods will be dedicated to advocacy for prisoners incarcerated for cannabis-related crimes. Wheeler explained that this aspect of their mandate is so important that The Woods logo features a symbolic design that will remain in an upside-down position until the last prisoner is freed, when the logo will be turned upright. They chose the colors black and blue to symbolize how cannabis cultivators and consumers have been battered and bruised over years of enforced criminality. The Woods team is also working with cannabis law reform nonprofit Last Prisoner Project to create educational exhibits and events for the venue.

“Woody’s someone who’s regarded as an expert in the environment and cannabis for certain, and, you know, he intends to fly in the face of corporate cannabis,” Wheeler said.

Harrelson’s advocacy stretches back to at least the mid-90s, when he was arrested in Kentucky for planting hemp seeds. Recently, The Emerald Cup announced it will honor Harrelson with the Willie Nelson Lifetime Achievement Award.

Other West Hollywood consumption facilities that have been approved and are in various phases of progress include Aeon Botanika, PleasureMed, an edibles lounge at dispensary LA Patients & Caregivers Group (LAPCG), and a to-be-named facility operated by Where Eagles Fly – all located on Santa Monica Boulevard, along with The Artist Tree and The Woods.

Neighborhoods on WeHo’s borders offer additional destination cannabis venues. Retail store Calma, owned by rapper Jay Z, is on the east side of town on La Brea Avenue, directly across the street from the very first consumption facility in West Hollywood, the Original Cannabis Café. (The cafe had ceased operation even before the pandemic due to management issues and has not reopened.) In the Melrose-Fairfax District, there are several established retail dispensary brand storefronts, including Cookies, Sherbinski’s, and Sweet Flower.

Where La Cienega Boulevard ends at Sunset, at the strip mall location of convenience delivery store Pink Dot, adjacent vacant shops will be converted to a “cannabis complex” with nearly 10,000 square feet of space. Sol Yamini, chief executive officer of Pink Dot and cast member of reality show “Shahs of Sunset,” has secured four cannabis licenses for the new venture, which will include a Greenwolf retail dispensary.

Meanwhile, at the corner of Santa Monica and Doheny, a cannabis consumption rooftop lounge and sister restaurant, Antidote, will start construction later this year in a long vacant 100-year-old property just feet away from The Troubadour nightclub.

So will WeHo live up to the hype and serve as a blueprint for cannabis tourism 2.0? Our take: West Hollywood is a city that’s famous for its streets and stars, but also for sparking worldwide trends, pioneering cultural movements, and protesting injustice. If it takes a village, then West Hollywood may be the perfect place to start. 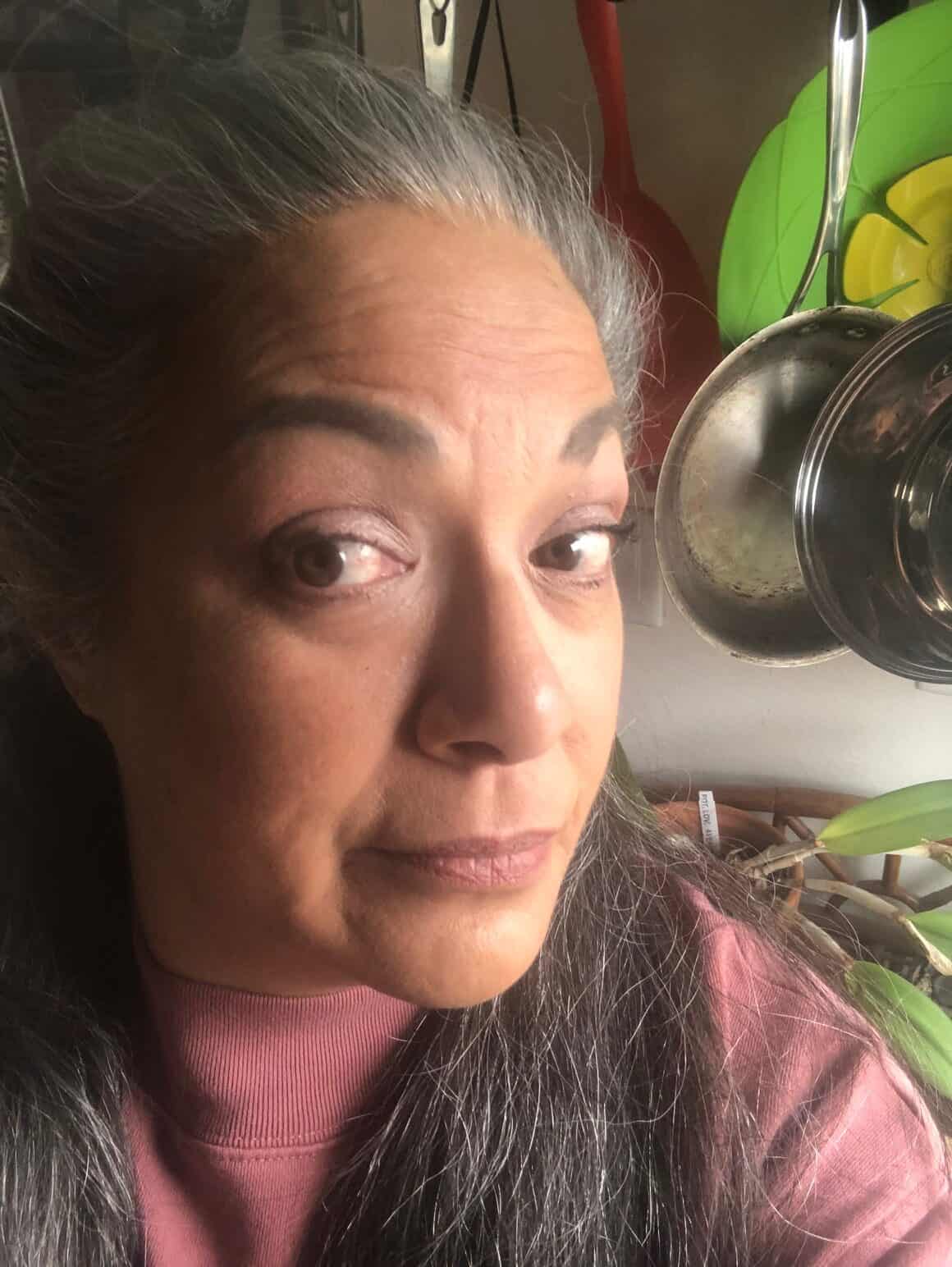 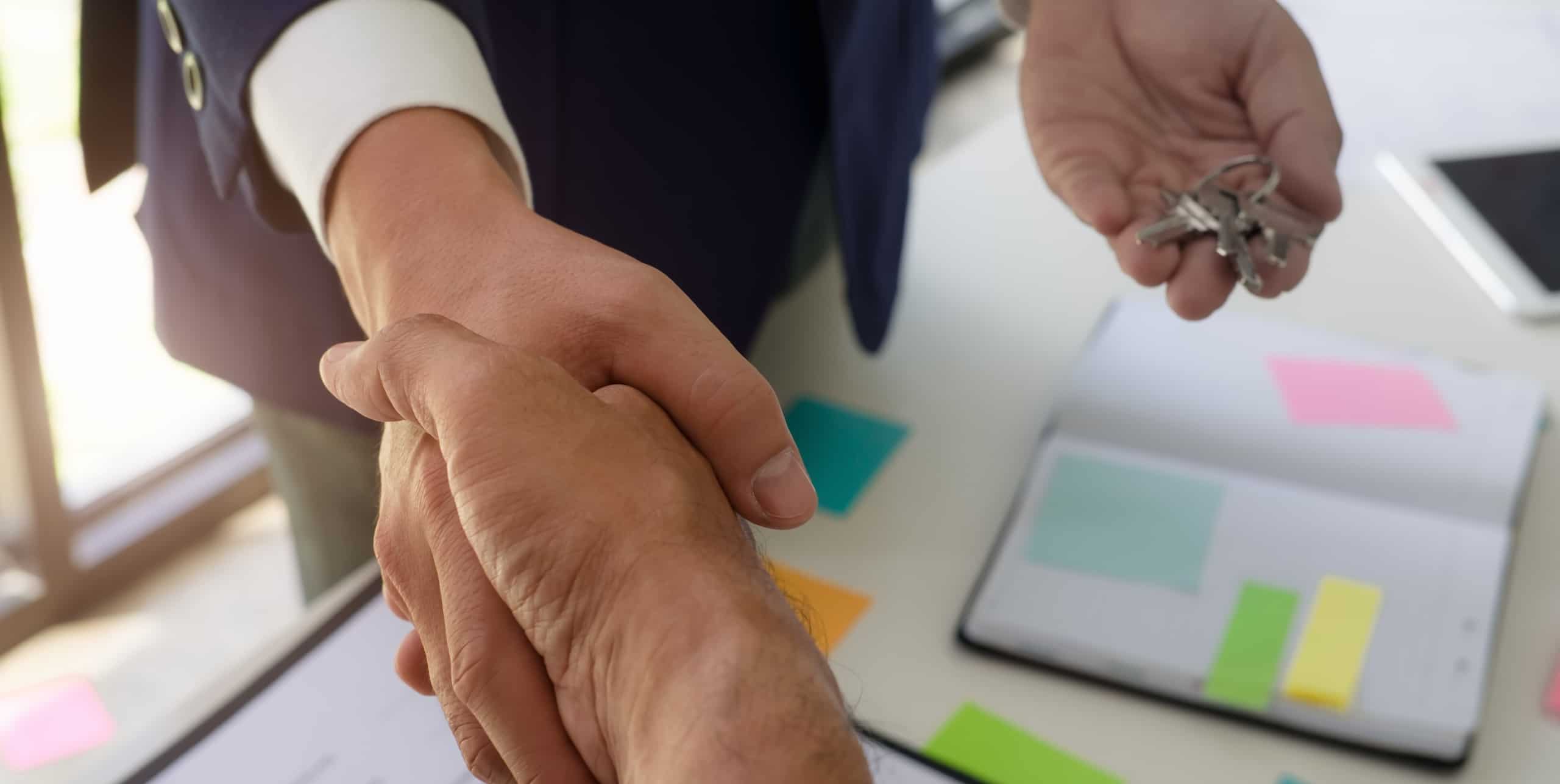 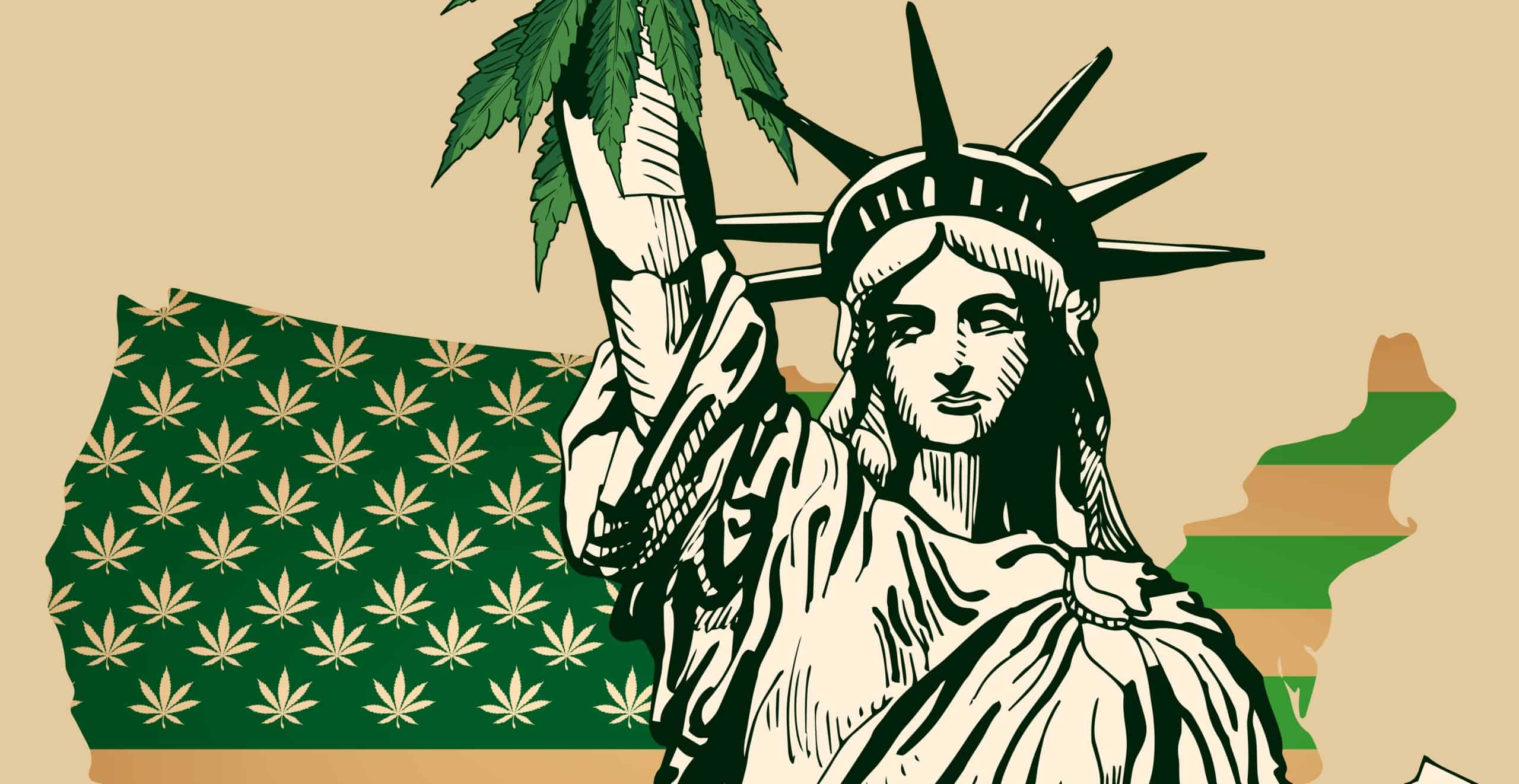 staff writers January 4, 2023
PrevPreviousWeed for your mom: Our picks for the best Mother’s Day gifts for all the moms in your life
NextSTIIIZY opens 21st retail store, first in Sonoma County Next