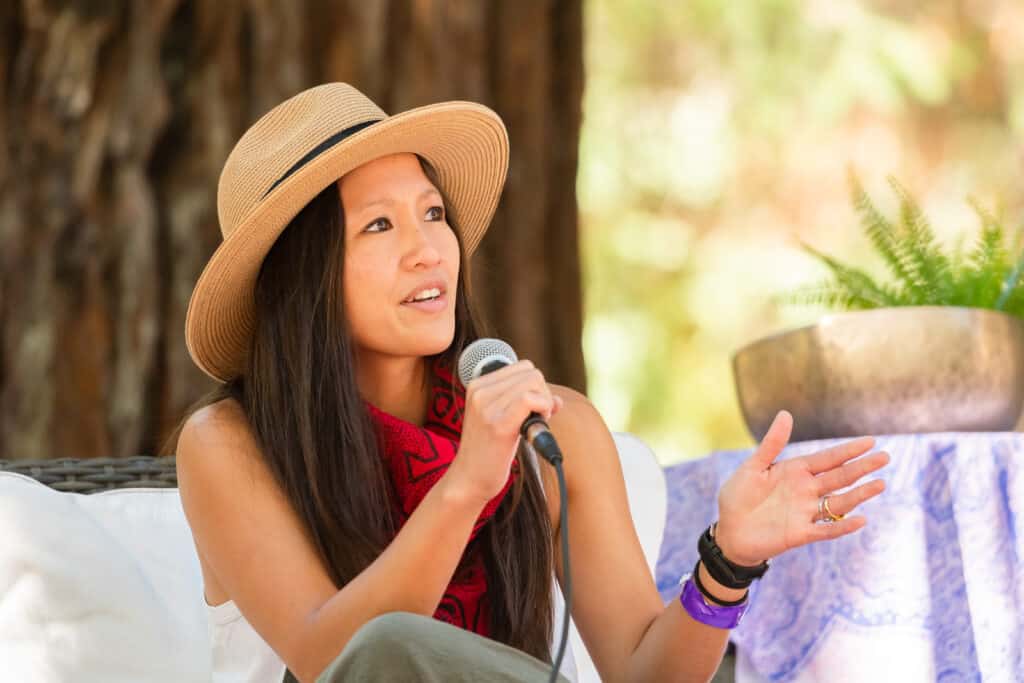 “I wasn’t born on third base,” says Helene Servillon.

“I’m the first person in my family to be an institutional investor and I have had to work really hard to build my reputation and portfolio from the ground up,” she continues. A petite woman with a steady gaze, Servillon looks even younger than her 32 years. She speaks with a lively, youthful cadence but simultaneously possesses boardroom poise.

The founder and fund manager of JourneyOne Ventures, an early stage cannabis investment fund, Servillon wants to see more diversity at the executive level in the cannabis industry. “Diverse founders and teams mean kickass businesses. The data is there,” she says.

But the high cost of entry to the cannabis industry has been prohibitive for women and people of color who don’t have connections in the notoriously white and male-dominated world of traditional venture capital. Servillon estimates there are only 20 or so women on the capital side of the cannabis industry. To her knowledge, she is one of two women of Asian descent who are women fund managers in this realm.

Servillon aims to change the paradigm by empowering a network of female investors and creating what she calls a “holistic ecosystem,” where her team, investors, service providers, and portfolio of companies represent women and people of color.

She launched JourneyOne in 2019. Seventy percent of their investors are women and/or people of color, and the fund also has a diverse board of women advisors. Servillon uses her own story to explain why this vertically-integrated diversity is a crucial step toward creating an inclusive industry.

“Of the 11 companies I’ve invested in, eight are run by extremely talented and experienced women and/or BIPOC founders,” she says, and explains a key point: She wasn’t trying to hit a metric—her choice of investments rose organically from her own communities and where she stands in society. She invests in other women and people of color because they make up her larger network and she can see firsthand who has what it takes.

To extend investment opportunities to other women, she offers a fellowship program at her firm and each year trains a few university students in VC. And she recently worked with Hilary Yu of Our Academy and other BIPOC founders to create the Investors’ Handbook on Empowering and Investing In Social Equity Businesses.

Servillon is a first-generation Filipinx-American, the youngest of four kids raised by a single mom in San Francisco. She describes herself as “scrappy” and “relentlessly ambitious.” She twice played volleyball in the Junior Olympics and went on to compete in Division 1 athletics at Northeastern University in Boston. Before she turned her gaze to cannabis, she worked in enterprise tech (voice analytics), urban mobility (electric vehicles), and digital marketing. She sees her personality as well-adapted to emerging industries.

“I spent the majority of my career at startups and I love the scrappy work environment,” Servillon says. “I like to help build, and I like to get in the trenches with founders.”

But despite the excitement of working in emerging industries, Helene felt there was something missing. “Historically, I have always worked in homogenous industries that are white male dominated. And to be totally honest, it just wasn’t a culture fit,” she explains. She began attending cannabis events in LA, in part because she was curious about the culture of the industry.

“Cannabis in California was transitioning from a medical to adult-use market in 2018 and I started to attend events in the fall of 2017,” says. “It was a typical emerging industry—it still had shaky legs.” She remembers going to an Echo Park warehouse filled with plastic tables and chairs and people trying to sell her random things.

“I just remember being like, this is where I want to be. I like this chaos. I saw that thrill in the industry and I wanted to be a part of it.”

Servillon’s thirst for thrills is balanced by a facility for strategic thinking. As more data came to light on the limited capital going to female founders, Servillon pivoted into investing. “I saw that I could have more impact if I became an investor rather than an operator,” she says. But that would take some doing.

“I knew nothing about finance before 2017, and I naively, optimistically made this career pivot,” she says. “It was probably the hardest thing I’ve ever done in my life. To break into venture capital, to break into investing without having an investing background is extraordinarily difficult. The ecosystem and the community is very tight-knit and it’s not inclusive whatsoever.”

To get her bearings, she enrolled in a venture capital trade school in San Francisco, where her mentors encouraged her to raise her own fund.

First she worked for a couple of family offices with portfolio companies that included Jane Technologies, Meadow, and Confident Cannabis. But she also listened to podcasts obsessively, took financial modeling courses, watched YouTube tutorials, and jumped on any free workshop.

Meanwhile, she was building her cannabis field expertise with a college buddy, Brett Fink, who had been the first employee at the popular California flower brand Old Pal. Together they built GRTR Brands, a boutique consulting agency that specializes in supply chain management, brand licensing, and multi-state expansion. They were able to attract high-profile brands, including High Times, Cann, and Houseplant.

In 2019, she went solo to start JourneyOne Ventures, which focuses on growth-stage investments. Her first deal was a syndicate investment in Flower Company.

“I chose a trade and an industry that is very, very niche. VC in cannabis is a very small sector of the entire venture capital ecosystem,” she says. She believes that this level of focus is important when working in such a complicated space—it’s difficult for outsiders to understand nuances within the cannabis world that can make the difference between success and failure. Then she says something that should ring true to anyone who has spent time in the cannabis industry: “I’ve been doing this for a long time, but I’m still learning. I feel like an expert, but I don’t think it’s possible to be an end-to-end expert in this space yet.”

Servillon may not be the industry’s only end-to-end expert, but she has firm ideas about who to back and how to raise funds.

She recently invested in WUNDER, which was a clear choice, she says, due to “the potential market size of cannabis beverages and the team’s experience level.” She doesn’t believe in working with founders or investors when there’s not a culture fit or mutual trust and respect.

“When it comes to raising capital from investors, I’m always looking for a quick yes or no,” she says.

“I’m not trying to convince someone of something that they have no relationship or interest in. It’s trying to sell sneaker-heads Payless shoes. It’s just not gonna work.”

Her advice for getting into the world of VC?

“My biggest advice is start investing as an angel or through a syndicate vehicle,” she says. “Your first deal will always be your hardest and then it gets easier and easier.”

But in order to even get to the point of doing a deal, you need to put in the legwork.

“You have to expand your network. That’s the only way it’s going to happen. It’s going to investor-focused events, it’s going to pitch events. There’s a ton of great resources,” she says enthusiastically.

Perhaps her nose for opportunities is at the core of Servillon’s success. But she also credits the factors that make her an anomaly in the privileged realms of capital.

She says: “Someone asked me, ‘Why do you think you’re going to be great, Helene?’ And I answered, “Because I have everything to lose…And some people don’t. I have to work 100 times harder to succeed and I will.”

1 thought on “Women in capital in cannabis: Helene Servillon”