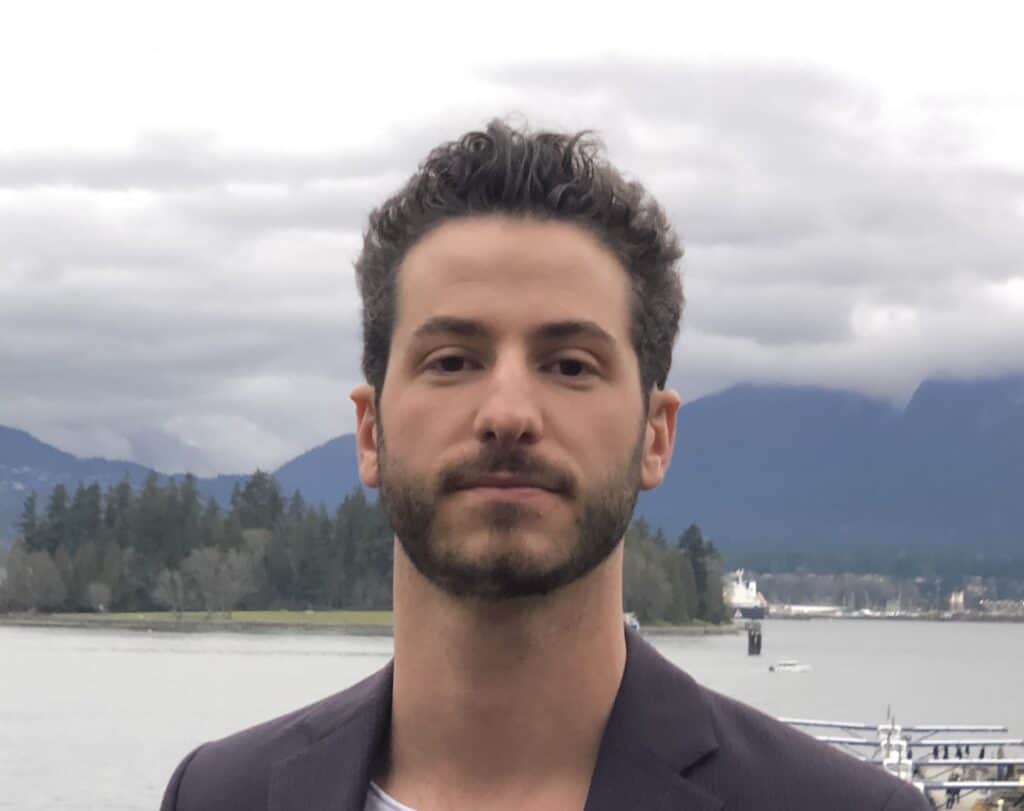 Can binske become the first cannabis brand to be an international household name? Alex Pasternack on the race to the top

Sure, Pasternack is comparing his brand to a tequila fronted by George Clooney that can now be found in fancy bars the world over. And he says this with a confidence worthy of Clooney himself. But it comes across as a more apt comparison than a preposterous boast.

Clooney famously told The Miami Herald, “We were always looking for the perfect tequila and we could never find it, so we said, ‘What the hell?’ Let’s give it a shot and make our own.” This statement definitely irritated some tequila-making families that had been in the business for a couple of hundred years. But the general public trusted Clooney’s palate. Casamigos became one of the best-selling “premium” tequilas in the world and was sold to spirits giant Diageo for one billion dollars in 2017.

Pasternack has a similar origin story for binske. “It was about six years ago and my brother and I were in Colorado,” he says. “We realized there was no cannabis brand playing in the high-end lane at that time, which screamed opportunity to us–to go and get into what we now call the luxury cannabis lane.”

They set up shop and won Leafly’s edible of the year right out of the gate. Four years later, binske is sold in six states, with plans to move into a handful of other territories by the end of the year.

Like Casamigos, which Clooney says grew naturally out of his love for tequila, binske is the product of the Pasternacks’ passion. “We’ve grown up with a real love for the cannabis plant,” says Alex. This has manifested in a 60+ portfolio of proprietary genetics that they extend to brand partners in new markets.

“We’re on pace to become one of the largest cannabis brands in the world. We’re going from a single-state brand to a multistate brand and very soon an international brand with our expansion into Europe,” Alex says.

This speed of expansion is possible because binske has developed enviable intellectual property and expanded their brand via licensing deals to partners across North America. Alex notes that they are not an MSO, but rather an MSB–a multistate brand.

Pasternack is enthusiastic about the rapid-fire potential for expansion that the licensing model affords. “We focus on the brands and our products and bring them to the best operators in the market,” he added.

He sees binske as a contender for that first national brand we’ve all been waiting for. “I would argue that people are hungry for brand loyalty in the cannabis space,” he remarks, noting that currently there’s not much brand loyalty across state lines and that huge brands in California may be completely unknown in Colorado.“They’re trying to find brands to latch onto.”

Pasternack wants to give them something to latch onto, and he’s banking on binske’s quality ingredients and unique packaging. “We have the number one packaging in the cannabis industry,” he says, managing not to sound bombastic because it’s not an idle boast. Binske’s packaging is certainly in the running for best in the industry–not only for its beauty but for small innovations that make a difference, like the airtight insert that keeps their packs of mini pre-rolls fresh or their child-safe take on the classic stash jar.

“We’ve always kept weed in Mason jars, so to be the first brand that created a child-resistant mechanism for the Mason jar is something we’re really pumped on,” he says.

Alex has remained focused, confident, and enthusiastic throughout our interview, but his inner nerd really comes out when we start talking about packaging and ingredients. He’s an engineer by degree and loves to come up with packaging solutions, but also believes in the power of beautiful objects.

“I personally am a big-time consumer. I love products. I love to check out cool products. I love packaging,” he says, and brings us back around to tequila. If he’s trying to choose between two unfamiliar brands he’s always going to go with the beautiful bottle. “If you have a product that you think is a home run, beautiful packaging is the way to get that into as many people’s hands as possible.”

But despite the emphasis on branding, packaging, and licensing deals, he’s equally obsessed with the contents of the package. As a foodie, coffee snob, and mezcal aficionado, his love for quality manifests in a quest for top-notch ingredients, including sourcing strawberries for binske fruit leathers from an organic farm in France and going to Peru to hunt down Nacional, a chocolate bean that The New York Times called the “rarest cacao in the world.”

This zeal for ingredients loops neatly back into his emphasis on branding and provides building blocks for telling a compelling brand story. For example, the fruit leather page of the binske website begins, “The first garden strawberry was grown in Brittany, France, in the late eighteenth century…” This is maybe not going to hook every Joe Blow who wants to get high, but is certainly nip to fellow foodies and the consumer who’s looking for a cannabis product that’s a cut above.

“I say all the time this is a land of potatoes and we’re selling truffle sweet potato fries,” Pasternack says.

These exacting standards mean that the essence of Pasternack’s day job is managing relationships with partners, quality control, and streamlining SOPs, particularly when it comes to their licensing deals. “At this point, partner selection is everything for us,” he says, noting that binske is rich in IP, including the aforementioned proprietary genetics and painstakingly sourced ingredients. “Everything is very detail-oriented. We need sophisticated operators that can execute. Not just people throwing flower in a bag.”

With all the time the Pasternacks have spent developing genetics and tracking down obscure ingredients, it’s no wonder that they want to be exacting about their formulations.

“We have very strict licensing agreements where the operator is not able to deviate from our raw ingredients, our packaging, our hardware,” Pasternack says. “You’re giving them all of the raw ingredients to reproduce the binske brand in each of these territories, and then we just have to manage that relationship appropriately.”

So can binske become a household name around the world? That remains to be seen, but let us note that it’s unusual to find a company that is a fusion of two sides of the industry. The Pasternacks have big dreams, boundless ambition, and a keen understanding of branding and business. But binske is also a family-run company and a passion project that stems from a genuine love of all the aspects of a great brand–ingredients, formulation, art, style, engineering, story. All the building blocks are in place. 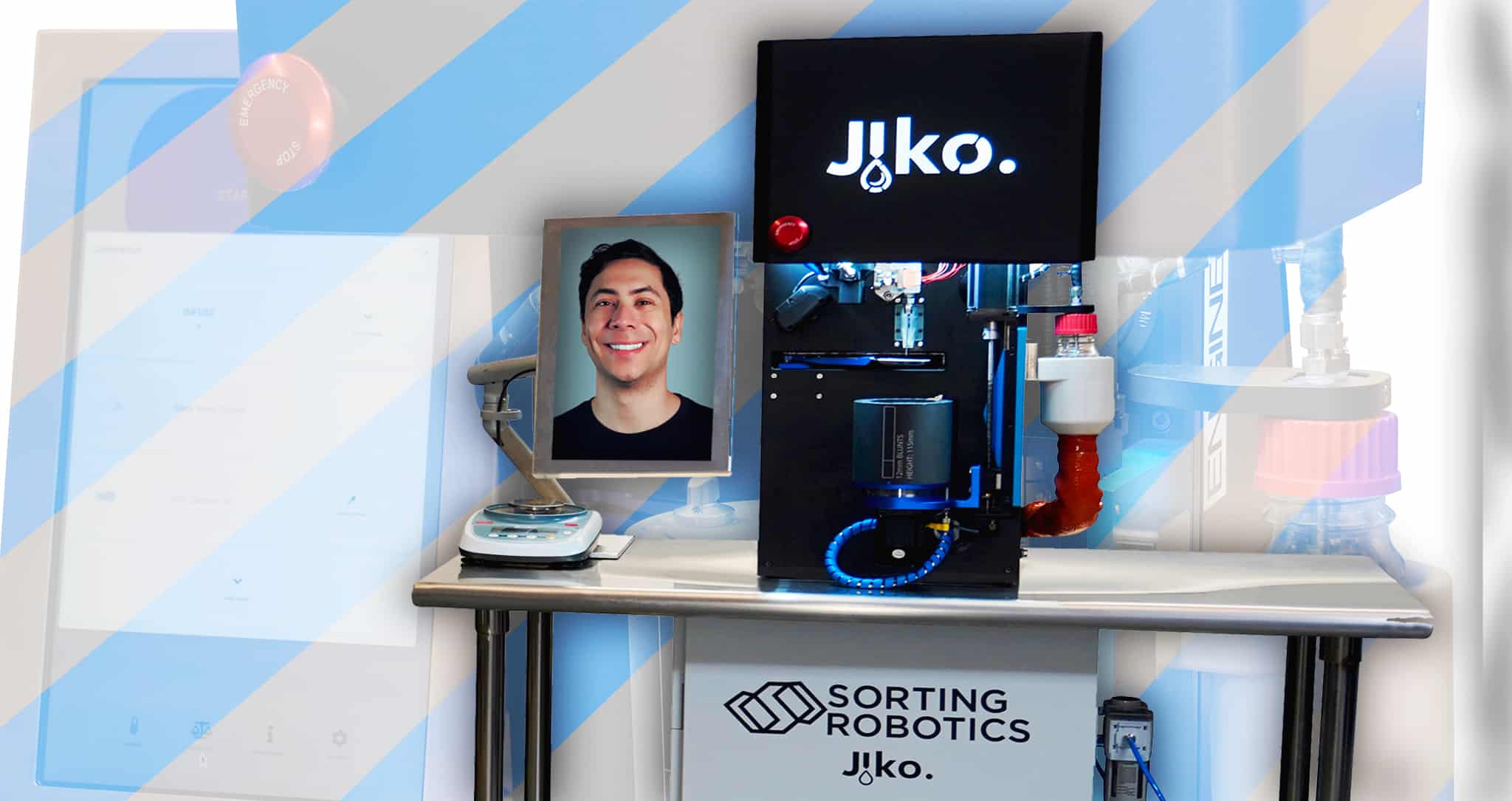