What exactly are Democrats promising when they talk about a legalization bill?

On Wednesday, Senate Majority Leader Chuck Schumer (D-NY) reiterated that he plans to introduce legislation to decriminalize cannabis at the federal level.

As Marijuana Moment pointed out, advocates typically draw a serious distinction between the two terms.

Schumer later doubled down on Twitter, stating, “The Marijuana Regulation and Taxation Act legalizing marijuana is now law in New York. And I will keep working in the Senate to end the federal prohibition on marijuana and undo the damage of the War on Drugs.”

These announcements build upon Schumer’s March 18 statements, which outlined some of the legislators’ considerations in drafting the bill. “We don’t want the big tobacco companies and the big liquor companies to swoop in and take over,” the majority leader said. “The legislation we have will make sure that smaller businesses, businesses in communities of color, get the advantage because communities of color have paid the price for decades. They should at least get something back.”

In that conversation, Schumer was joined by Senate Finance Committee Chairman Ron Wyden (D-OR) and Sen. Cory Booker (D-NJ), who talked about their work to develop a comprehensive reform bill.

“That’s why what Chuck Schumer said is so urgent,” he went on. “It’s not just about creating an environment where states are legalizing, it’s about restorative justice, and that’s a number of things. That’s, one, making sure that we expunge records. Don’t talk about free adult use of marijuana without talking about expunging records. Number two, the tax money—this is going to be a multibillion dollar business. Those tax receipts should be reinvested in those in those communities.”

Oregonian Ron Wyden added, “Millions of Americans now, like the folks I have the honor to represent, have gone to the polls, and they have said that they agree with Senator Schumer and Booker and I,” he said. “I don’t think they’re going to accept any more dawdling from the federal government. It’s kind of like the federal government has been in a time warp.” 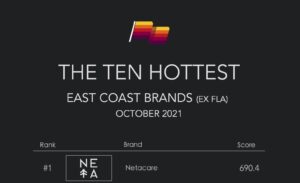