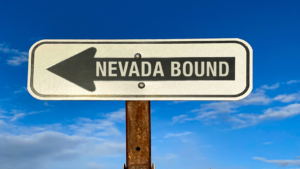 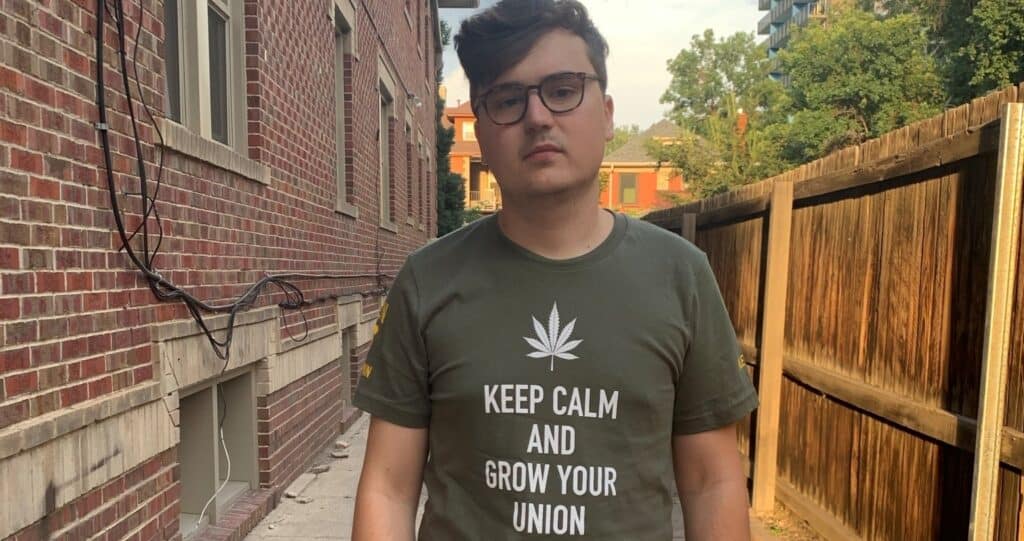 When Angelo Nickele started working in the cannabis industry, he wanted a change. Nickele left his previous job as a political canvasser hoping to find something in step with his broader social ideals, but perhaps slightly less taxing. “I wanted to do something that was a bit chiller,” he says.

He found a job with Green Dragon, a dispensary that now operates sixteen storefronts across Colorado. In March 2021, Nickele found himself working in the grow facility, a common entry point for inexperienced cannabis workers. In short order, Nickele realized that his job processing the massive harvests produced in the company’s expansive urban greenhouse facility wasn’t what he had hoped for.

Nickele describes issues ranging from simple disregard for employee comfort to outright safety violations — employees denied amenities as simple as stools to sit on, stagnant puddles lingering on the floor of the facility, cloning chemicals kept in the same refrigerator as employees’ food, and a lack of respiratory gear he says lead to a phenomenon dubbed “keef cough” or “green lung” by cannabis workers. Additionally, Nickele describes a lackadaisical attitude toward COVID safety, with management insisting that workers provide their own masks. When employees tested positive, Nickele says management refused paid sick leave and denied proper quarantine times. “It was like watching a ‘what not to do’ video,” says Nickele.

Green Dragon did not respond to inquiries about the claims made by Nickele that appear in this article.

The oppressive conditions of the facility lead to massive employee turnover, says Nickele, with an entirely new crew seemingly every two weeks. With dissatisfaction simmering toward a boil, Nickele and his compatriots decided to pursue the only avenue available to them for respite: unionization.

The son of a lifelong plumbers’ union member, Nickele knew the value of a unionized workforce. “I was always taught that the only reason us working people have anything in this world is because we fought for it with our unions,” he says. What started with bitch sessions during smoke breaks and work happy hours soon became inter-department organization.

According to Nickele, Green Dragon responded to these early attempts at organization by writing up employees for using cannabis on their breaks while off the facility property, something Nickele claims management had never expressly forbade, and in fact, had tacitly encouraged as a perk of working in the industry.

Nevertheless, with the help of a local chapter of the United Food and Commercial Workers union, a vote on unionization was called for that July. “In retaliation for us filing for union election they announced the sale of the company,” says Nickele. “[They] fired every single employee and rehired them back on as day-to-day staffers.”

“The reason why it’s so difficult is because Green Dragon has fought this every single step of the way,” says Jimena Peterson, a union organizer with UFCW Local 7 who has been involved in efforts at the company’s grow facility for more than a year. “If they would’ve just let the workers vote it would’ve been done in two months.”

Nationally, the UFCW represents some 1.3 million members across a swathe of industries including grocery and retail workers, meat packing, healthcare, alcohol and chemical manufacturing, and as many as 10,000 cannabis workers nationwide. At least two grow facilities in Colorado are already unionized under the UFCW, according to Peterson.

The UFCW’s website touts the median salary for cannabis workers as 10.7 percent higher than the median salary in the US, but in a city like Denver where the average cost of renting an apartment has climbed to nearly $1,800 per month, wages for entry level cannabis positions can barely be enough to scrape by. And while a strong union can see higher wages for its members, Peterson says that was not the primary concern of the Green Dragon employees UFCW Local 7 has been working with. “They had safety concerns,” she says. “They had pay concerns, but it was mostly about safety.”

Complicating efforts to unionize cannabis workers is the fact that agricultural workers are not included under the National Labor Relations Act or the Fair Labor Standards Act. These federal laws enacted nearly 100 years ago guarantee minimum wage and overtime pay, while ensuring that employees cannot be fired for engaging in union activity. A handful of states have passed laws extending labor rights to agricultural workers, as Colorado did in 2021, but this still places cannabis workers outside the jurisdiction of the National Labor Relations Board.

Due at least partially to the nascency of Colorado’s law, Peterson says that addressing transgressions against cannabis workers through the state bureaucracy can be a challenge, as was the case when Nickele was terminated in what he claims was retaliation for his attempts at union organization.

While some cannabis business owners view a unionized workforce as a threat to profitability necessitating immediate and potentially illegal action, others see the value in an empowered workforce.

“One of the biggest problems right now, on an employer side specifically, in cannabis retail is turnover,” says William McKenzie, CEO of Left Coast Holdings. “We want to create a place where people want to work.”

In April, employees at Heritage Provisioning, a chain of dispensaries owned and operated by McKenzie in Michigan, voted unanimously to unionize. Unlike the management at Green Dragon, McKenzie says he encouraged the move and even introduced the idea.

The son of two teachers’ union members, McKenzie sees value in an educated and content staff, something he says saves him money compared to competitors who can see turnover rates as high as 50 percent within the first few weeks of onboarding new hires. “When our customers come in, they have the same kind of experience every time, and that can only be attained by having happy, well-educated employees who are there for a long time,” says McKenzie. “Having new budtenders every other week, you cannot give people the experience they’re looking for coming into a cannabis shop.”

High turnover rates present challenges for both businesses and union organizers, but thanks to a seemingly endless wealth of potential employees eager to get into cannabis, some owners are willing to sacrifice a knowledgeable workforce for cheaper labor. “Workers are just so excited to participate, to work with cannabis,” says Peterson. “Turnover has definitely been one of our greatest obstacles.”

Abraham Gallegos is a business agent organizer with Teamsters local 1932 in California and now heading a training program for cannabis cultivators designed to create the kind of knowledgeable and skilled workforce McKenzie is seeking. The program offers a similar education to a number of university programs, says Gallegos, but with a far lower price tag, ensuring broader access.

Like McKenzie, Gallegos sees the goals of a unionized workforce aligning with business owners. “We’ve seen investors come in and want things run a certain way, not listening to a workforce and costing the company a lot of money,” he says. “Once workers have a voice in their workplace it’s more productive.”

Union members view their jobs as a career, he explains, with a need to create long-term stability not just within the company but within the framework of federal regulation. A unionized workforce would lend its collective power to advancing federal policies around cannabis, something not occurring in a meaningful way under the current paradigm. The massive capital firms investing in the developing cannabis industry may have money to spend on lobbying, but ultimately, it’s the workers who suffer the most under bad policies, explains Gallegos, and it’s incumbent on them to engage in grass-roots advocacy to change those policies. “This is a career, and we want to make sure that career stays in place,” he says.

Still, there are those that see unionization as an obstacle to a thriving cannabis industry. “The problem is the cannabis industry is just getting started and a lot of people want to put their social justice goals on top of this emerging industry, when really, in my personal opinion, we should keep it as close as we can to free enterprise,” says Demitri Downing, founder of the Marijuana Industry Trade Association in Arizona.

A ten-year veteran of Arizona’s cannabis industry, Downing says he’s watched the local chapter of the UFCW interject into regulatory matters, attempting to force a requirement for unionized workers on the twenty-six social equity licenses offered under the state’s program. This, he says, would put the social equity licensees at a disadvantage compared to the 130 existing non-social-equity licenses.

In Downing’s eyes, the goal should be advancing legalization as quickly as possible, with all other concerns taking a backseat. “The purpose of cannabis legalization is to serve the patients and consumers, not to achieve some underlying social objective,” he says.

A self-described free-market libertarian, Downing doesn’t object to workers exercising their individual rights by forming unions (he even says he sees the unions as well intended, if misguided) but he is markedly unsympathetic to workers who feel they have no recourse when faced by unsafe work environments and low pay. “No worker is forced to work in the cannabis industry. Period,” he says. “I think the good budtenders will choose to go to the places that pay more.”

As the legal cannabis industry continues to form, it remains to be seen if the dominant culture that forms along with it will view a unionized workforce as an advantage or a detriment. At Green Dragon’s grow facility in Denver, a unionization vote was finally held on May 25, with employees voting to unionize by a vote of 14 to 11. The effect this will have on the company and employee conditions is yet to be seen, but the intentions of management have already been made clear.

Nickele hasn’t gotten his old job back, but says he’s hoping to remain in the cannabis industry. In the days since his termination just a week short of his one-year anniversary with the company, three more employees were allegedly let go because of their apparent union activities — a decision that led to a picket of the facility with UFCW Local 7. Within a day of the action, all three employees were offered either a return to their position or three months’ severance pay.

The management strategies in the cannabis industry will continue to develop in conjunction with policy progress, and the industry’s relationship to unionized labor will develop in tandem. But as McKenzie sees it, “If you don’t pay people well and you don’t treat employees well, then having a unionized business can absolutely be punitive.” 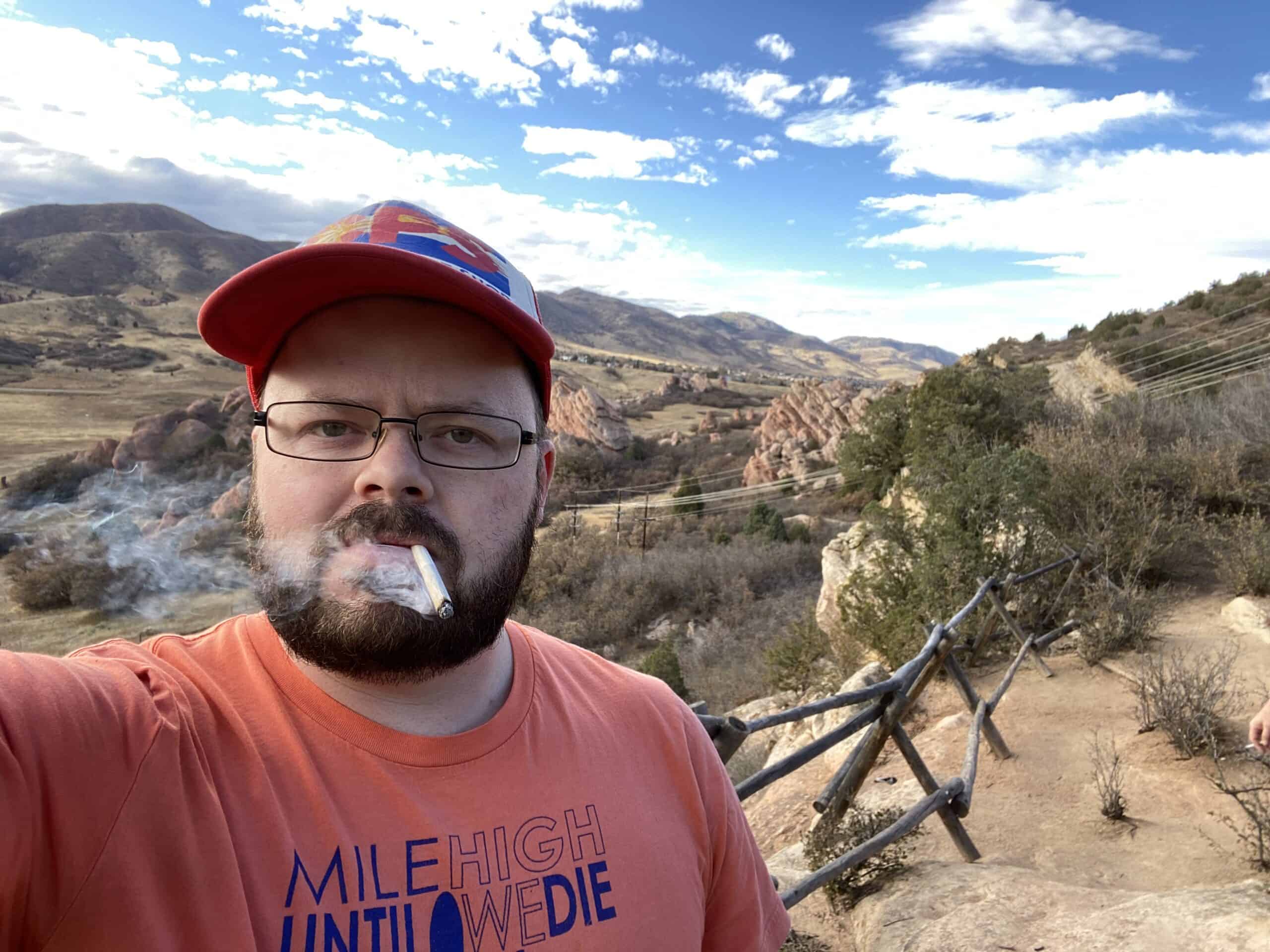 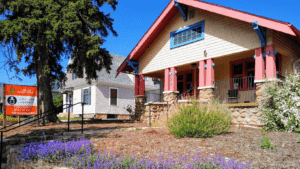 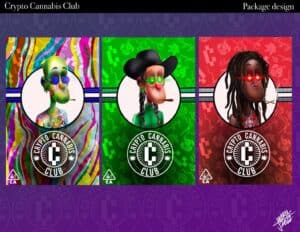 Inside the burgeoning world of cannabis NFTs